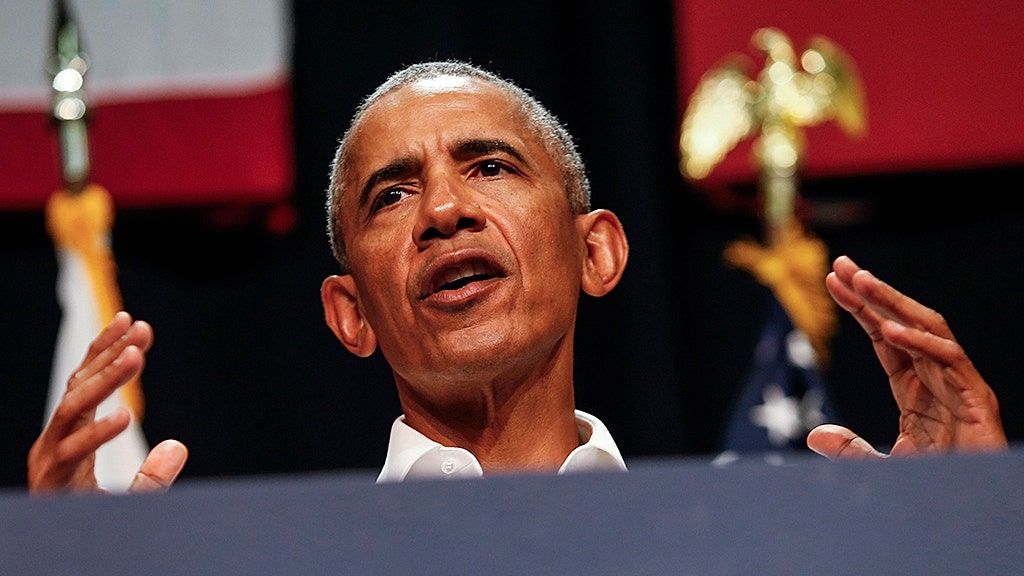 In a brazen attempt to re-write history, President Barack Obama in a speech on Friday blamed “the politics of resentment and paranoia,” which he said had found a home in the Republican Party, for “wild conspiracy theories – like those surrounding Benghazi.”
What a reprehensible way to frame an event that killed four Americans while they waited for rescue and protection they deserved from people Barack Obama never sent.  Of course, you only heard about Obama’s characterization of Benghazi if you pay attention to conservative media.  By and large the mainstream press excluded references to Benghazi from their reporting of the speech.

With President Trump methodically erasing the Obama legacy, this bizarre attempt to reframe the narratives around Obama’s greatest failures should fool no one.

Kris “Tanto” Paronto, one of the heroes who watched his friends die that night in Benghazi, called Obama’s comments “disgusting,” tweeting:
“Benghazi is a conspiracy @BarackObama?! How bout we do this,let’s put your cowardly ass on the top of a roof with 6 of your buddies&shoot rpg’s&Ak47’s at you while terrorists lob 81mm mortars killing 2 of your buddies all while waiting for US support that you never sent.”
He’s right to be offended. The real conspiracy of Benghazi was the false narrative that the whole thing was the result of an offensive video – an objectively proven lie born from the resentment and paranoia within Obama’s own administration. They didn’t think the truth was compatible with getting Barack Obama re-elected six weeks after the attack.
In reality, Obama himself contradicted this conspiracy narrative before he even left office. Fox News’ Chris Wallace asked him in April 2016 to identify the worst mistake of his presidency.  “Probably failing to plan for the day after what I think was the right thing to do, in intervening in Libya.”
At least he got one thing right:  Benghazi (or what he euphemistically refers to as the aftermath of his war in Libya) WAS a terrible mistake.  What it was not is a conspiracy theory.
With President Trump methodically erasing the Obama legacy, this bizarre attempt to reframe the narratives around Obama’s greatest failures should fool no one.
Barack Obama took us to war with Libya.  His State Department refused multiple requests to meet minimum security standards at the Benghazi consulate. President Obama never sent anyone to rescue or protect our ambassador or our own people during the 13 hours they were under attack.  Four brave men died as a result and many other heroes had their lives forever altered. That is not a conspiracy.  That is fact – no matter how inconvenient Democrats may find it.
This is one part of the Obama legacy that Trump should not erase. We all need to remember the lessons learned from Obama’s worst mistake.
Source>http://www.foxnews.com/opinion/2018/09/11/jason-chaffetz-president-obama-tries-to-re-write-history-on-benghazi.html
Posted by theodore miraldi at 7:46 AM