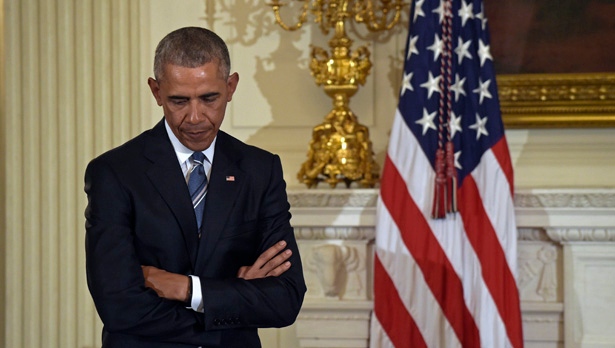 Just when you think we are finally over the Arrogance of Obama and his Social Engineering Henchman the other shoe drops. Obama's shoe closet at this point must be the size of Imelda Marcos' walk in closet. This is what the American Public has had to endure for his entire tenure as President.

Now finally the Hens are coming home to roost. and I do mean Hens. Many of Obama's strident supporters are now under the microscope.

What is it about Obama that promoted seemingly intelligent women to act so badly? This giddy bunch of demogogues that did his bidding Where-Ever they Served with a Smile and Wink from their Savior.

The B-List of enchanted Public Servants included the likes of Hillary Clinton, Susan Rice, Loretta Lynch, Valerie Jarrett. Gina McCarthy, Lisa Jackson, Lois Lerner, Wassermann Schultz and Samantha Power, the Unmasker. Obama surrounded himself with women, how unfortunate none were truly independent of his insidious behaviors. Once in his circle, pleasing Obama became Job One.

Forgive my association, but it reminds me of a Pimp and his Ladies. Power, Fear and some narcissistic belief that he was their man. For all intent and purpose, Obama Pimped America!

These women, God Bless their little hearts were willing to institute the political chicanery Obama informed us that he would do. And who better than political figures that the media, and the opposing party would not vilify...for fear of being called called a myriad of Democrat Buzz words...Haters.

The fear by the opposition to demand equal Justice for Women and Minorities has created the model that Obama and the BIAS Baiters have used to force cash out of  the Public and Private sectors for decades.

Not one women caught in the act of corrupting her position has been prosecuted. Obama used his considerable skills honed in Chicago, the city of corruption to nearly take down America's Constitutional Republic. The Constitutional Professor...Ironic, or well planned?

I think we are finally Uncovering the Facts.

It can no longer be coincidental that the Amateur and Chief has left bread crumbs everywhere. The FBI, NSA, DNA, CIA, STATE and a host of other acronym Agencies Government wide has been seriously compromised.

This was a Silent Coup to weaken the TRUST Americans must have from government. Obama wanted to replace that trust with Dependency. Hence, Healthcare, Over-Regulation and a Stagnant Economy, no Job Growth and massive unemployment rates.

Destroying the Middle Class was essential to his Plan. It's the Middle Class that is the engine of the nation and the Moral Warrior that Obama needed to Vanquish. There is no fear of the poor, or the rich, after all Government will take care of you from cradle to grave, and the rich only get richer.

The middle Class must be forced to accept concepts that are either an affront to their Religious Beliefs or sense of citizenship and civility.

It is with a sense of disbelief that nearly half of the voting population was brainwashed by Obama.

Once elected Obama used the Deep Pockets of American Taxpayers to buy loyalty from his constituents, Bad Actor and Foreign Governments that despised American Power. He bowed to World Leaders in his disingenuous attempt to win support for his One-World-Order Agenda. He praised countries with numerous Human Rights Abuses and coward from action for fear of disapproval.

Obama PIMPED America to anyone, anywhere all of the time.

His detractors were the enemy to be vanquished. And right up until Trump's Inauguration Obama was still involved laying his deceit throughout the Intelligence Community hoping that disseminating false facts and Dossiers he could somehow injure an incoming president.

Obama PIMPED America to Bring Us Down to His Level of Corruption.

Posted by theodore miraldi at 11:59 AM