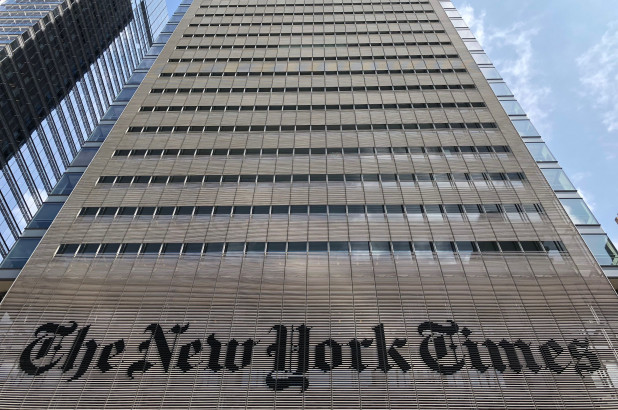 
Test your knowledge of current events by answering this question: Which organization remains stuck in deep cover-up mode?
A) The FBI
B) The Roman Catholic Church
C) Both of the above
D) Neither of the above
If you get your news only from The New York Times, you believe the correct answer is D, neither of the above. Other people know the correct answer is C because they see the leaders of both organizations acting as if the public can’t handle the truth.
It is not my intent to suggest the FBI and the Vatican are in all ways comparable. Far from it.
Yet they are in similar straits because each faces a crisis of public confidence. Those crises are severe because of internal decisions to parse, obscure and withhold important facts.
While a desire to protect historically valuable institutions from external harm is understandable, the goal cannot come at the expense of honesty and truth. When it does, the damage grows.
One result is that the same questions are being asked of both the Church and the FBI: What did their leaders know and when did they know it?
The Vatican’s failure to come clean about sexually abusive clerics has cost it dearly over the last 15 years, and the consequences are now engulfing Pope Francis.
In a sensational 11-page letter, Archbishop Carlo Maria Vigano accuses the pope of bringing into his inner circle a disgraced former American cardinal, Theodore McCarrick, despite knowing McCarrick had a long history of sexual misconduct.
Vigano, a former Vatican ambassador to the US, calls on the pope to resign and declares that there are ­“homosexual networks” corrupting the Church from within.
He writes that many current priests and bishops committed immoral, forbidden acts or protected the guilty from exposure.
He accuses, by name, about 30 former and current officials, many of them in America. Perhaps most damaging, he says he personally told the pope in 2013 about McCarrick’s record but the pontiff still released McCarrick from sanctions imposed by Pope Benedict.
The scathing letter requires a full Vatican response, but the pope declined, telling reporters: “Read it carefully and make your own judgment. I will not say a single word about it.”Vigano writes that by doing so, Francis “associated himself in doing evil with someone he knew to be deeply corrupt. He followed the advice of someone he knew well to be a pervert, thus multiplying exponentially with his supreme authority the evil done by McCarrick.”
I suspect that won’t be his final word. The letter is so explicit and specific about events and individuals that silence will be ruinous to the Church’s credibility. Catholic news organizations are digging into the claims and some normally supportive lay Catholics already believe it’s possible the pope’s reign will be short as a result.
A clear exception is The New York Times, which is politicizing the issue by accusing Vigano of being part of an anti-gay, conservative cabal, a sort of deep state within the Vatican. The pope, on the other hand, is depicted as a compassionate progressive out to save the Church from the ignorance of men like Vigano.
By seeing the issue through the lens of its own prejudices, the Times, which never had much use for the Church, tries to obscure the only thing that matters: Is the pope guilty as charged? Everything else is noise.
Similarly, the Times and other liberal media are obscuring all that matters in the investigation of the FBI: Is the agency guilty of trying to sabotage Donald Trump before and after the 2016 election? Yes or no.
As with the Church, we can’t say for certain if the FBI cover-up is worse than the crime because the cover-up continues. By releasing information drip by drip, and only when it’s forced to, America’s premier law-enforcement agency confirms the worst suspicions.
The latest example involves the congressional testimony of Bruce Ohr, a top Justice Department official who continued to meet with and accept information from Christopher Steele long after the FBI fired Steele for lying.
In leaked portions of his testimony, Ohr said he warned the FBI that Steele was determined to block Trump’s election and that Ohr’s wife, Nellie Ohr, a Russian specialist, was working with Steele in compiling the anti-Trump manifesto. Such facts would help a judge get a balanced view of Steele’s motives and the FBI’s conflicts of interest.Steele, of course, is the former British spy secretly hired by Hillary Clinton’s campaign to dig up dirt on Trump in Russia. Steele fed his salacious, unverified claims to the FBI, which then briefly hired Steele and used his work to get a surveillance warrant against Trump associate Carter Page.
But the FBI reportedly never mentioned Ohr’s warnings to FISA judges or admitted it fired Steele. And now we learn, thanks to a Judicial Watch lawsuit, that FISA judges never held a single hearing before approving the request to spy on Page.
This month marks the two-year anniversary of those events, but still the public remains largely in the dark about what appears to be a an illicit attempt by the FBI to block Trump’s election.
At a Thursday rally, the president demanded that officials come clean, warning that if they don’t, “I will get involved.”
What’s he waiting for? He has the power to declassify the documents involved, and should use it immediately.
By doing so, Trump would keep his promise of transparency. And perhaps the pope would take the hint and do the same with secret Church documents.
After all, miracles can happen.

The scandal is showing more people that Mayor de Blasio never intended to fix living conditions for New York’s poor. He only talked about it to get votes and once he had those votes, he walked away.There may be a silver lining in the revelations over how City Hall lied about the number of children in Housing Authority apartments suffering from lead poisoning.
More than 1,000 kids were poisoned but the only penalty for wrongdoing falls on taxpayers — they must pony up billions to pay for repairs that should have been done years ago.
Some of us warned from the outset de Blasio was all talk and should not be trusted. The only hope now is that national Democrats will see the truth and steer clear of him.

Gov. Cuomo’s decision to call heroic federal ICE agents a “bunch of thugs” is the latest indication of how far left he has moved in his political panic over Cynthia Nixon.
Her primary challenge is not likely to succeed, but Cuomo’s comment during their debate shows how even failing candidates can alter a race. That’s especially true when the incumbent lacks core convictions and behaves like a weather vane blowing in the wind.

A favorite headline from The Wall Street Journal: “Plastic Straws Bend to Criticism.”
Source>https://nypost.com/2018/09/01/the-new-york-times-fails-to-acknowledge-the-crises-of-public-confidence/
Posted by theodore miraldi at 9:16 AM