10 LESSONS Learned From the Kavanaugh Hearings 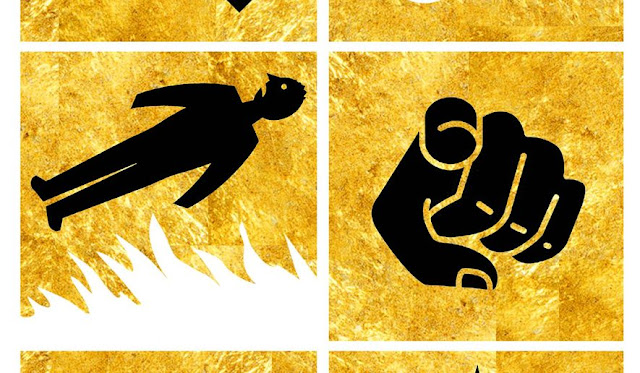 Illustration on lessons learned from the Kavanaugh hearings by Alexander Hunter


ANALYSIS/OPINION:
As an academic, I am always looking for teachable moments. The following is a list of 10 lessons some of our nation’s foremost senatorial leaders have taught us during the past month’s Kavanaugh hearings.
Lesson No. 1: Women are innately good. They are sinless. They always tell the truth. They are heroic. Their emotional balance is perfect. Men are bad. They always lie. They are toxic. You should always believe a woman. Never believe a man.
Lesson No. 2: If men are strong and silent, don’t trust them. If they are confident and quiet that means they are insensitive. Logical, stoic and controlled men are closeted micro-aggressors. If, however, you can tempt a man to become emotionally vulnerable, quickly pivot and suggest that he lacks discipline and restraint. Question his temperament. Make it very clear whether he’s emotionless or emotional, that his masculinity, by definition, is bad and femininity is good.
Lesson No. 3: If you’re a man you’re damned. If you maintain your composure, you’re a toxic male. If you react with indignation, your temperament is in question. You are damned if you do and damned if you don’t.
Lesson No. 4: When you fail to do your job, always blame the victim for your negligence. If you have pertinent information, don’t do anything with it. Sit on it. Hide it for 30 days. Don’t give it to the relevant authorities. Don’t give it to the leaders of the opposing party. Don’t give it to your committee’s governing chairman. Don’t give it to the FBI to investigate.
By all means, don’t let the accused know about this information. But at the last hour, when it’s too late to do anything, blame the accused. Shine the light of interrogation in his eyes. Ask him why he doesn’t want the FBI to investigate the information you withheld from the FBI. Make it look like it’s his fault that you didn’t do your job in the first place. Accuse him of not wanting full disclosure when in fact you’re blatantly guilty of nondisclosure.
Lesson No. 5: Liberal claims of egalitarianism are a lie. The sexes are not equal. Men are inferior. Men are the problem. If we could just immaculate all of culture, we would all be better for it. We would all live in a utopia if it weren’t for men.
Lesson No. 6: Vacuums are always filled. A vacuum of principle will be filled by power. When good men abdicate their responsibility to lead, the vacuum will be filled by bad men and bad women. Stop honoring chivalry and charlatans always stand ready to fill the void. When you spend decades besmirching the idea of male leadership don’t be surprised to find men that don’t know how to lead and don’t be surprised to find Kamala Harris and Dianne Feinstein more than willing to do it for them.
Lesson No. 7: Lady Justice is apparently not blind. In fact, she seems to be well aware of race, gender, color of hair and tone of voice. She sees the tears and the quivering chin. She peaks under her blindfold and makes judgments, not because of objective facts, but rather by how she feels. The scales of credibility are tilted toward emotion rather than balanced by the weight of the actual evidence.
Lesson No, 8: Due process is evil. The Western tradition of presuming someone innocent until proven guilty is clearly laden with bigotry. It is driven by male dominance and chauvinistic aggression. It is insensitive and misogynistic. Anyone who expects the accuser to corroborate her claims is an advocate of rape. If you want to prove you support women, then never ask them for any evidence of a purported crime and never hold them to the same standard as that of men.
Lesson No. 9: If a man is accused of being a witch, then he’s a witch. Salem (otherwise known as the U.S. Senate and our nation’s media) will bind him and throw him into the deep. If he drowns, he’s a witch. If he floats, he’s a witch. Either way, he’s a witch. All because a drunken teenage girl said so.
Lesson No. 10: It turns out the “Mike Pence Rule;” you know that rule about accountability and staying above reproach; that rule the mainstream media and late-night comedians mocked relentlessly; that rule about not putting yourself in any situation that could lead to questions of your integrity; it appears that this rule might actually have some merit.
News flash for today’s young men: If you don’t go to parties where a bunch of 16- and 17-year-old girls are drinking and getting drunk, you likely won’t have to worry about telling the U.S. Senate someday that you didn’t abuse or rape them and you probably won’t have to explain your juvenile jokes about “ralphing” in your high school yearbook. Maybe, just maybe, the moral standards of conservative Christians like Vice President Mike Pence aren’t all that bad of an idea after all.
Source>https://www.washingtontimes.com/news/2018/sep/30/10-lessons-learned-from-the-kavanaugh-hearings/
Posted by theodore miraldi at 8:32 AM