Talk About Racism! What a Dysfunctional Bunch of Hypocrites!


Rap star and Trump supporter Kanye West was the object of several racial attacks in a CNN segment Tuesday night, in which he was accused of being an illiterate token whom black people don’t want to be black.
In the segment presided over by a chuckling Don Lemon, CNN commentators Bakari Sellers and Tara Setmayer repeatedly attacked Mr. West, who will meet President Trump at the White House on Thursday, in terms immediately called out as racist — albeit not on CNN.
“Kanye West is what happens when Negroes don’t read,” Mr. Sellers said.
Added Ms. Setmayer: “He’s all of a sudden now the model spokesperson. He’s the token Negro of the Trump administration?”
She also called Mr. West “an attention whore, like the president.”
“Black folks are about to trade Kanye West in the racial draft,” she added, prompting more laughs and causing Scott Jennings, a former special assistant to President George W. Bush and the panel’s sole white face, to say that he got that this was a Dave Chappelle reference (he hadn’t known the earlier “Negroes don’t read” line was a paraphrased quote from Chris Rock).
Recommended b
Ms. Setmayer also attributed Mr. West’s willingness to work with Mr. Trump a sign of mental illness.
“Nobody should be taking Kanye West seriously. He clearly has issues. He’s already been hospitalized,” she said.
Mr. Lemon had started the ball rolling by asking rhetorically whether Mr. Sellers thought the president was “just using Kanye as a prop to win over black voters.”
Benny Johnson of the Daily Caller tweeted out a video of the segment and asked “How can any honest person not call this CNN segment racist?” 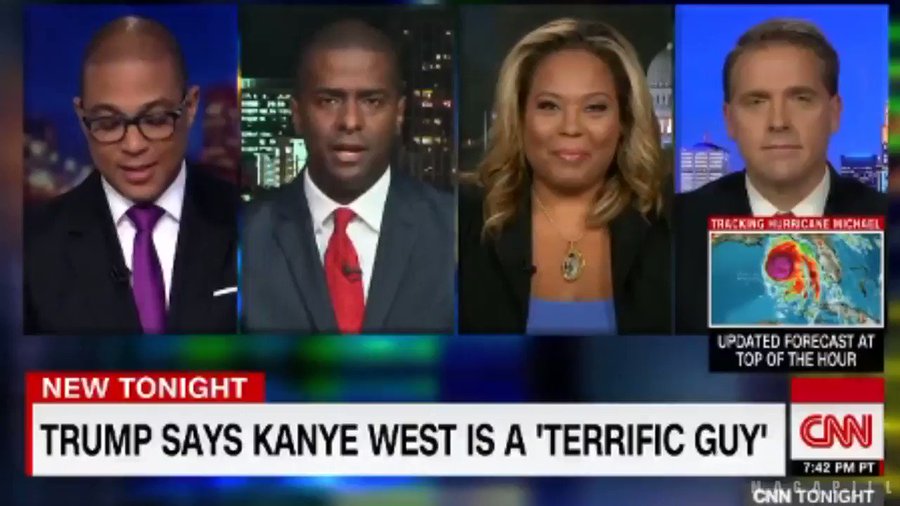 Benny ✔@bennyjohnson
How can any honest person not call this CNN segment racist?

- “Kanye is what happens when negroes don’t read”
- Kanye is “token negro of the Trump administration”
- "Black folks are about to trade Kanye West in the racial draft”
- “Kanye’s an attention whore, like the president”

Twitter Ads info and privacy
Black conservative commentator Candace Owens would fit that definition of an honest person.
“I want you guys to imagine if those words were EVER uttered on @FoxNews. CNN has finally committed to going full blown RACIST.”

I want you guys to imagine if those words were EVER uttered on @FoxNews.

They want their slaves back

@Bakari_Sellers @donlemon #TRUMP2020
Mike@Fuctupmind
According to the folks over at CNN, Kanye West is the "Token Negro" 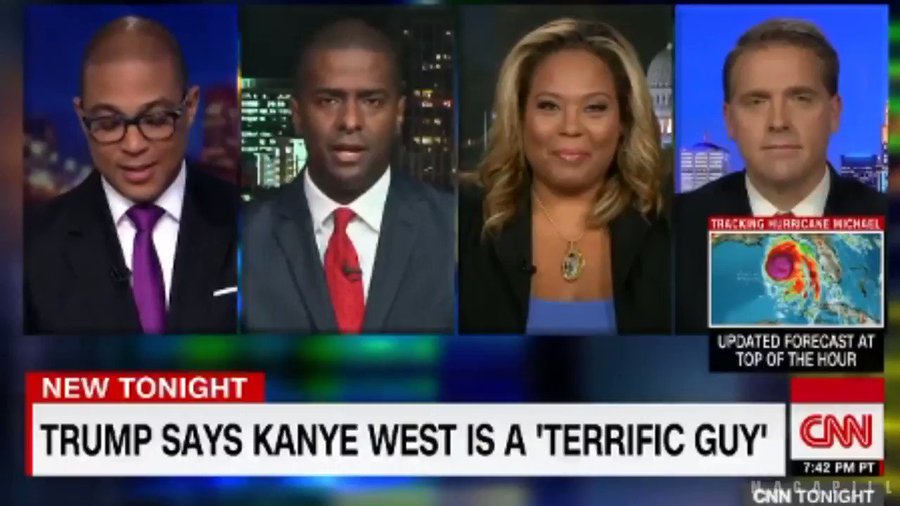