Dems AFRAID of a Conversation About BIRTHRIGHT Citizenship? 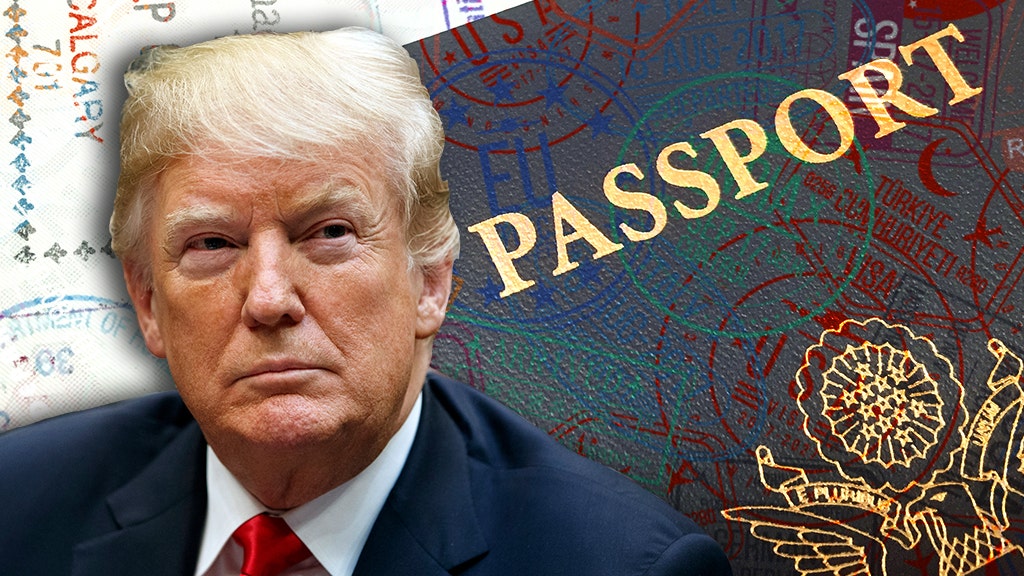 
It took the mainstream media less than a nanosecond to lose its collective mind once President Trump announced his plans to address birthright citizenship, a nonsensical policy that allows anyone who makes it across our border and has a baby to produce a U.S. citizen.
It is a policy that has been horribly abused and its current application would be unrecognizable to the legislators who crafted the 14th Amendment that supposedly provides for it. But after President Trump’s disclosure to Axios, the “open-borders” media crowd was predictably quick to denounce the president and condemn him for even raising the idea of ending birthright citizenship.
This is the default behavior of all those afflicted with Trump Derangement Syndrome when faced with an inconvenient truth — demonize him and dismiss the issue. Heaven forbid we actually present the American people with a factual, unbiased presentation of the issues.
First of all, Trump had committed to ending birthright citizenship during the 2016 campaign. So aside from his mention of drafting an executive order —the pathway to fulfilling the promise made to the electorate that put him in office -- this is hardly a newsflash.
Why is this an important issue for the president and for so many of his supporters?  Consider the number of children born to illegals each year. In 2010, The Center for Immigration Studies estimated that 300,000 to 400,000 are born to illegal aliens in the U.S. annually.

Rather than demonizing the president or caricaturing his position, let’s have a substantive debate.

The figure is bound to be a lot higher today, given new research showing that the number of illegal immigrants in the U.S. is at least 22 million, at least double prior estimation.  There are as many as 400,000 children born every year who the hardworking U.S. taxpayers have to educate, and for whom they provide health care and food stamps. The Center estimates that the annual cost to the U.S. taxpayers of children born to illegal immigrants is a staggering $2.4 billion.
Do you think our veterans, homeless and inner-city school children could use that money?
To burrow down a little further: A 2015 Center for Immigration Studies report found 51 percent of immigrant-headed households used at least one federal program — cash, food, housing or medical care — compared to 30 percent of native households. And we aren’t just talking about folks on Visa overstays or those who cross the border illegally.
Many Americans would be stunned to know that there are entire industries here and abroad now devoted to gaming the birthright citizenship system. Birth tourism has become big business in the U.S., attracting visitors from China, Taiwan, Mexico and Turkey who come to give birth and ensure their newborns begin life as American citizens.
Pregnant women purchase package deals costing around $50,000, and come to the U.S. as a visitor for several months and have their baby on American soil. Citizenship for their babies means preferential college treatment and even allows them at age 21 to sponsor their parents for green cards. Does anyone really believe this was the intent when Congress put forward the 14th Amendment?
Contrary to what former President Obama and so many on the left are saying today, President Trump - by questioning birthright citizenship, is provoking a conversation that is sorely needed.
Rather than demonizing the president or caricaturing his position, let’s have a substantive debate.  How we want to proceed with immigration in the United States seems a worthy conversation to have — especially during a midterm election.


And up until now, Trump is the only president who has been willing to have it.  It makes you wonder, just what are the Democrats so afraid of?
Source>https://www.foxnews.com/opinion/laura-ingraham-why-are-dems-so-afraid-of-a-conversation-about-birthright-citizenship
Posted by theodore miraldi at 7:49 AM