Geraldo Rivera: Start Negotiating On Immigration. Here's what I propose

Geraldo, Always in the Bag for Hispanics, No Matter the Public Grievance, Broken Federal Law, or Rising Crime. I propose that we allow 22 million Europeans with similar Cultural Norms than the Majority of American Citizens. 22 million Caucasians  to tilt the balance of power at the polls. It would seem Mr. Rivera has forgotten the Deal Trump Proposed to Schumer and the MOB. The Left will not come to the table and Negotiate Honestly. We have seen up close and personal what the Left wants...

Power at Any Cost in Dollars, or Lives.
...tmiraldi 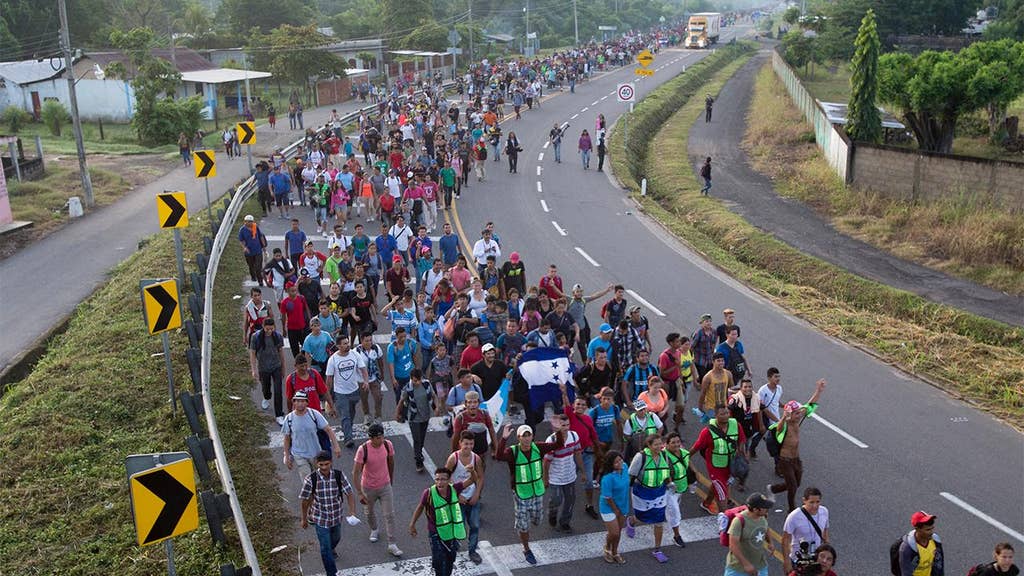 
Back in June in Sandusky, Ohio, about 65 miles west of my home here in Cleveland, there was a huge federal raid involving about 200 agents on Corso’s Flower and Garden Center. The combined ICE-led operation rounded up 114 undocumented immigrants workers; some of whom had been here on and off for decades.
The raid lay bare the essential dilemma facing those attempting to enforce our immigration policy. It took a gigantic federal operation to round up and hold for deportation people who were working hard and attempting to do the right thing. No matter how you slice it, our massive, legitimate, law-enforcement operation punished good people trying to work and provide for their families.
Bear the Corso raid in mind when you try to wrap your mind around the current crisis involving the Caravan of Migrants doggedly heading our way from Guatemala and Honduras, trudging through Mexico and causing great consternation and angry condemnation in Washington, D.C.
It would be easy to support the deployment of the U.S. military and other draconian “solutions” to the migrant crisis generally, and the caravan specifically, if the marchers were gang bangers or ISIS recruits. Manifestly most are not, (unless ISIS or MS-13 is recruiting crying, hungry three-year olds). Even the most hardened anti-immigrant pundit cannot justify actions taken to stop the caravan by saying it is mostly about national security. It is not.
It is, in my opinion, fear of our nation being over-run by poor, hungry, brown people in sufficient numbers to change our basic national character, which motivates most critics of this caravan and, more broadly, illegal immigration.

What would the Army do against a caravan of civilians, many of them women and children, anyway? Shoot them?

The president senses that most Americans are responding very negatively to the caravan, and even see it as an existential threat to the nation. He has even stated that he will, if necessary, use our military to stop the caravan from crossing over the southern border. In doing so he ignores the principle known as Posse Comitatus, which by law, prevents the military from enforcing civilian laws.
What would the Army do against a caravan of civilians, many of them women and children, anyway? Shoot them?
The Republicans see this caravan as the perfect issue to rally the base and insure a big, robust turnout for the mid-term elections now two weeks away. Democrats would like to pretend that the caravan is just a giant day-care center filled with needy children that the heartless president doesn’t care about.
This crisis calls for reason, patience, compassion and an immediate parlay among the affected nations in Central America, Mexico and the United States. In exchange for leniency and a path to citizenship for long-time undocumented residents already in this country--who were brought to the U.S. as children by their parents--pro-immigration advocates, like me, should announce our support for President Trump’s border wall. It will help restore order along the southern border, and mitigate the hysteria currently gripping the national immigration debate and tainting the mid-term elections.
But neither building the president’s border wall, nor compassion for the DREAMERS already here, will fully solve the crisis of immigration. We are the world’s richest country. We are located adjacent to some of the world’s poorest and most violent countries. As long as that imbalance exists, they will want to come here.


And neither the Army nor the wall will stop them all.
Source>https://www.foxnews.com/opinion/geraldo-rivera-immigration-advocates-should-strike-a-bargain-with-trump-heres-what-i-propose

Posted by theodore miraldi at 5:07 PM