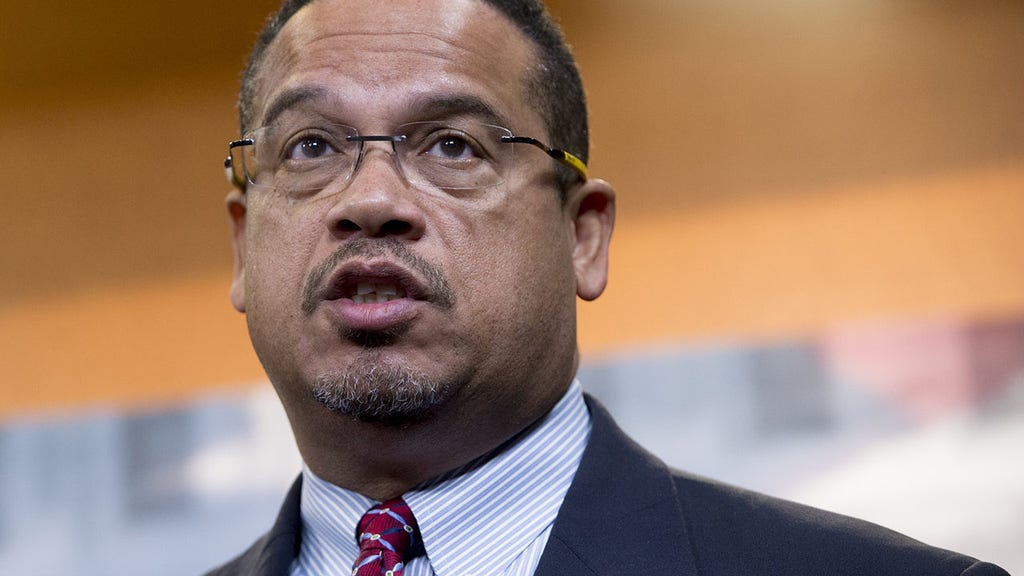 Embattled Democrat Rep. Keith Ellison’s lead in the Minnesota Attorney General election appears to be vanishing amid allegations of domestic violence against his ex-girlfriend.

The congressman’s bid to become the top law enforcement official in the blue state was supposed to be an easy task for a popular Democrat who holds one of the top positions within the Democratic National Committee (DNC).
But Ellison’s lead has taken a dramatic cut since Karen Monahan came forward with her story in August detailing the physical and emotional abuse she suffered allegedly at the hands of Ellison.

Video
In one particular incident, Ellison allegedly he dragged her from a bed and shouted “F--- you, b---“ and “I hate you.” She also released a 2017 medical document in which she identified the congressman as the cause of her “emotional and physical abuse.”
Recent polls indicate that Ellison in a dead heat race with Doug Wardlow, the Republican opponent, according to the New York Times. The poll also found that 40 percent surveyed voters said the domestic abuse allegations “are a factor” in whether to vote for the Democrat. Another poll shows the congressman leading by five points.
Ellison has denied all the allegations and allowed the party to review Monahan’s allegations. The state Democratic Party hired Democratic Party-affiliated lawyer Susan Ellingstad whose draft report cleared him of wrongdoing.
LAWYER WHO CLEARED ELLISON OF DOMESTIC ABUSE ALLEGATIONS IS PARTNER AT FIRM THAT DONATED $500G TO DEMS

Video
“An allegation standing alone is not necessarily sufficient to conclude that conduct occurred, particularly where the accusing party declines to produce supporting evidence that she herself asserts exists,” Ellingstad said in the report.
While Ellison admitted to the attorney that he once called Monahan a “b----“ during a heated argument over money, he denied ever raising his hand against Monahan.
Ellison told the Times that he wanted to clear his name but didn’t want to diminish his ex-girlfriend, despite telling the lawyer that Monahan fabricated the abuse allegations because she’s jealous of his current girlfriend.
“The #MeToo movement is a justice movement, and I don’t ever want to be counted among those who in some way tried to dissuade victims from coming forward,” he said. “But I think the #MeToo movement has room for due process. Every social justice movement must.”

ELLISON ADMITS CALLING ACCUSER 'B----' WHEN DATING, SAYS ABUSE ALLEGATIONS SPARKED BY JEALOUSY
The report of his allegations found Ellison’s defense “credible” while decrying Monahan’s allegations as “inconsistent” because she told her therapist that the congressman “dragged” her off the bed rather than “tried to pull her off the bed.”
Monahan criticized the handling of the allegations, saying the party she’s been part of for many years doesn’t actually believe women and their stories.
“I've been smeared, threatened, isolated from my own party. I provided medical records from 2017, stating on two different Dr. Visits, I told them about the abuse and who did it. My therapist released records stating I have been dealing and healing from the abuse,” she said.
Source>https://www.foxnews.com/politics/keith-ellisons-lead-vanishing-amid-domestic-abuse-allegations
Posted by theodore miraldi at 8:55 AM