Trump-Hating ANTI-Semite: 'Screw Your Optics, I'm Going In ... All JEWS Must DIE!' 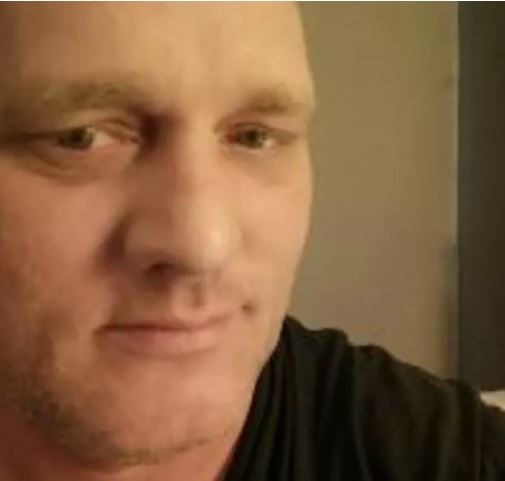 Shabbat services at the Tree of Life synagogue in Pittsburgh’s Squirrel Hill neighborhood were shattered at 9:45 a.m. this morning when a gunman walked into the main sanctuary, opening fire and shouting, “All Jews must die!”


The suspect, described by a KDKA reporter as a heavy-set white male with a beard, was wounded by SWAT forces that responded to the incident. He surrendered and was taken into custody before being transported to a local hospital. He is identified as Robert Bowers.

At the time of the shooting, the synagogue was having its main Shabbat service and a circumcision and baby-naming celebration was taking place. Those familiar with the synagogue say the congregants would have been divided into three groups with some meeting in the basement and in the rabbi’s office. It is unclear if the shooter’s attack was limited to the main sanctuary or other meeting places in the building. There would have been as many as three rabbis present when Bowers entered.
Authorities initally reported eight deaths inside the building, with six wounded – four of whom were police officers. The number killed was later revised to 10.
Jonathan Greenblatt, CEO of the Anti-Defamation League, called the shooting “likely the deadliest attack on the Jewish community in the history of the United States.”
“It’s a very horrific crime scene. One of the worst I’ve seen, and I’ve been on some plane crashes,” Pittsburgh Public Safety Director Wendell Hissrich said. “It’s – it’s very bad,”
Police say they received calls from people trapped in the building.
The attack is being treated as a federal hate crime and the FBI has taken jurisdiction over the investigation.
Bowers was a prolific online poster, expressing his hatred for Jews and President Trump.
While Bower’s social media account has been taken down, some of his earlier postings can be seen at Archive.org:
Two days ago, Bowers tweeted: “Trump is a globalist, not a nationalist. There is no #MAGA as lonk as there is a kike infestation. … For the record, I did not vote for him nor have I owned, worn or even touched a maga hat.”
Three weeks earlier, he posted: “Open your Eyes! It is the filthy EVIL jews Bringing theFilthy EVIL Muslims into the Country!! Stop the kikes then worry about the Muslims!
Just prior to the attack, he posted: “HIAS [Hebrew Immigrant Aid Society] likes to bring invaders in that kill out people. I can’t sit by and watch my people get slaughtered. Screw your optics, I’m going in.”
Trump called the shooting a “terrible thing” in a tweet and said “it’s a shame to watch.”

“It’s a terrible terrible thing what’s going on with hate in our country, and frankly all over the world and something has be done,” Trump said. “It’s just a shame to watch this and to see it for so many years, so much of it, it’s a shame.”
As in previous mass shootings, the question of gun controlling guns was raised.
When asked about looking at gun laws, Trump said if those inside had protection, “maybe it could have been a much different situation.”
“This has little to do with it. If they had protection inside the results would have been far better. This is a dispute that will always exist I suspect. But if they had some kind of protection inside the temple, maybe it could have been a much different situation. But they didn’t and he was able to do things that unfortunately he shouldn’t have been able to do,” Trump said.
Rabbi Chuck Diamond, a former spiritual leader of Tree of Life, told reporters that he never spoke to his congregation about what to do during a shooting, but it’s something he thought about.
Story developing
Source>https://www.wnd.com/2018/10/pittsburgh-synagogue-carnage-8-killed-6-wounded/#kJvzAm31I1Fhhyca.99

Posted by theodore miraldi at 3:58 PM