Zuckerberg May Be FIRED By Investors 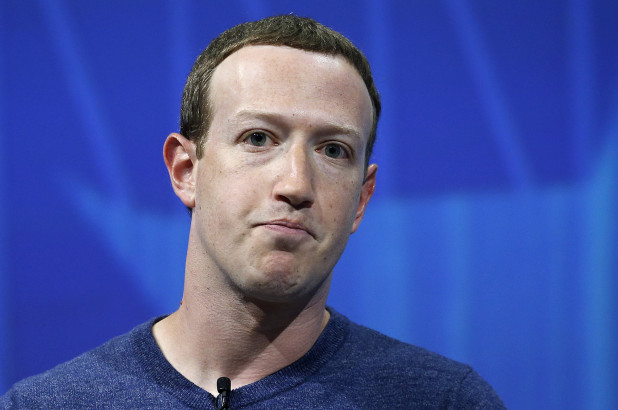 
Big public investment funds are throwing their weight behind a push to oust Mark Zuckerberg from the helm of Facebook’s board.
Four large institutional investors — including New York City Comptroller Scott Stringer, as well as the state treasurers of Pennsylvania, Illinois and Rhode Island — said Wednesday they’re signing onto a shareholder proposal filed in June by Trillium Asset Management which demands that Facebook appoint an independent chairman.
The push will likely have no direct effect, as Zuckerberg controls nearly 60 percent of Facebook’s shareholder votes. Still, it turns up the heat on 34-year-old Zuckerberg, who continues to get slammed by scandals and missteps since the Cambridge Analytica crisis this spring.
In its proposal, Trillium notes that Google, Microsoft, Apple and Twitter all have separate CEO and chairman roles. It suggests that Facebook’s refusal to split the responsibilities has led to the company’s many woes, including Russian meddling in the US elections and the propagation of violence in Myanmar and India.
“We need Facebook’s insular boardroom to make a serious commitment to addressing real risks — reputational, regulatory, and the risk to our democracy — that impact the company,” Stringer said in a statement Wednesday.
“An independent board chair is essential to moving Facebook forward from this mess, and to reestablish trust with Americans and investors alike,” he added.
New York City’s pension fund holds 4.7 million shares of the Palo Alto, Calif.-based social network.
Last week, Facebook said a major security breach it discovered late last month had impacted the accounts of 30 million users. Half had their name and contact information details accessed by hackers, while 14 million had far more personal data exposed, including birthdates, friends lists and their 15 most recent searches.
Facebook did not immediately respond to a request for comment.
Shares of the social network were up 0.3 percent Wednesday morning, to $159.31.
Source>https://nypost.com/2018/10/17/big-facebook-investors-call-for-ouster-of-zuckerberg-as-chair/
Posted by theodore miraldi at 6:32 PM