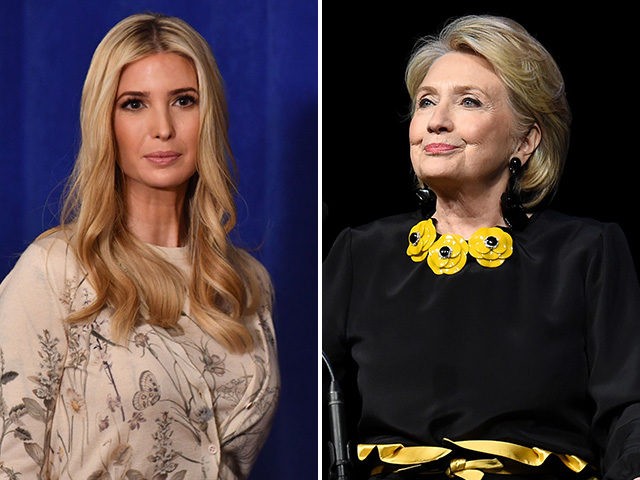 The White House is admitting that, through much of 2017, Ivanka Trump used a personal email account to conduct White House business.

According to the far-left Washington Post, the problem was caught and addressed internally It was only an issue because Ivanka arrived to work at the White House on March 30, more than two months after most everyone else at the beginning of President Trump’s presidency, which means she did not receive the proper training on email usage.


The Post reports that Ivanka’s personal email account was used “fewer than 100 times” to “discuss government policies and official business” and that “less-substantive emails may have also violated the records law.” These “less substantive” emails involved “hundreds of messages related to her official work schedule and travel details that she sent herself and personal assistants who cared for her children and house.”
“Ivanka Trump said she never intended to use her private email to shroud her government work,” the Post writes. “After she told White House lawyers she was unaware that she was breaking any email rules, they discovered that she had not been receiving White House updates and reminders to all staffers about prohibited use of private email, according to people familiar with the situation.”
So the Post’s own sources, those “people familiar with the situation,” are telling us there was no malice here.
That does not mean this is a small deal. Something, somewhere broke down that should not have broken down. As a result government policy was violated. This is a perfectly legitimate story for the media to report on and get to the bottom of.
However…
Those Wolf Criers in the media comparing Ivanka’s email situation to Hillary Clinton’s legitimate email scandal are outright lying, are trying to convince you an avocado is an uzi, CNN is a legitimate news outlet, and that filling the Victoria’s Secret catalog with plus-size transgenders over 40 is “progress.”
And this overreach is so typical of the establishment media in the Trump era.
What we have here is a situation reasonable people could all agree on — that Ivanka should not have been using a personal email account to conduct White House business.  But the media cannot leave it at that. Instead, they have to seek revenge against President Trump by comparing Ivanka to Hillary, which is — based on what we know so far –breathtakingly stupid and anti-science for these 11 reasons…
Source>https://www.breitbart.com/politics/2018/11/21/nolte-11-reasons-comparing-ivankas-emails-to-hillarys-is-stupid/

Posted by theodore miraldi at 12:27 PM