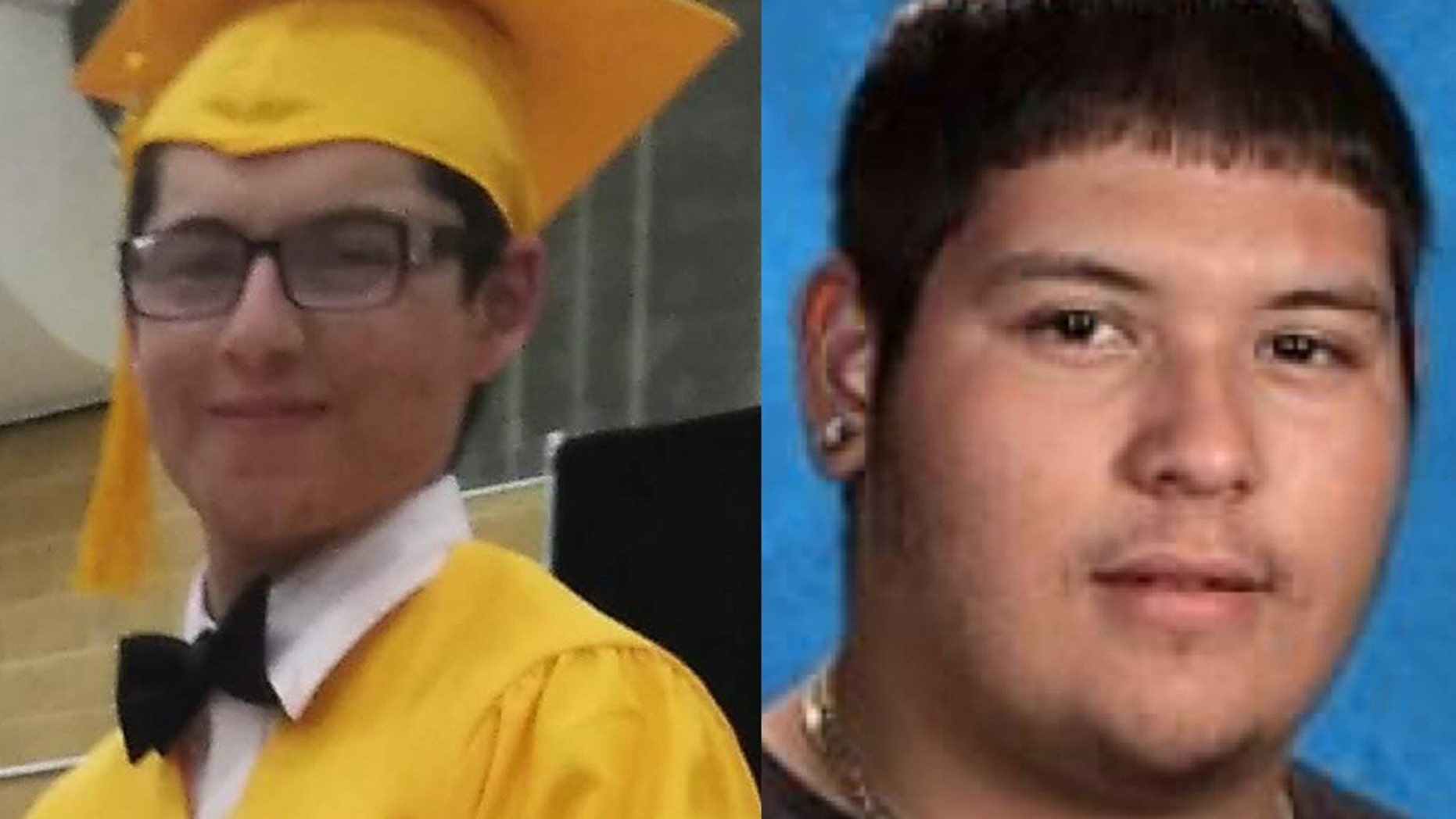 
Two California teens and their Mexican friend were reportedly tortured, stripped to their underwear and killed execution-style early Sunday at an apartment complex in Mexico -- and authorities have no idea why.
Christopher Alexis Gomez, 17, and Juan Suarez-Ojeda, along with their unidentified 18-year-old friend, were found dead at the Lomas Verdes housing complex in Tijuana, The San Diego-Union Tribune reported. Local Mexican reports stated police found the three teens’ bodies in front of an apartment door after shots were reported to have been fired around 5 a.m. Sunday.
Gomez’s cousin, Katheryn Garcia, told the San Diego-Union Tribune that police said the teens were tortured before their killers shot them in the head. Citing local reports, an initial investigation showed the teens were held at gunpoint and forced to kneel before being shot execution-style.
“We’re all in disbelief that this happened,” Garcia told the newspaper on Wednesday. “This was his [Gomez's] first time going over to Tijuana or Ensenada.”
Gomez, Suarez-Ojeda and their Tijuana friend met up Friday and went to a barbecue in Ensenada, about 50 miles south of Tijuana, their family said. Gomez and Suarez-Ojeda were expected to return to the U.S. that night -- but they never made it back.
The Tijuana friend reportedly called his mother to say the group was safe but had lost their cellphones, Garcia told the newspaper.
By Sunday, the families received notice that the bodies were discovered at the apartment complex. Gomez’s uncle traveled to Tijuana and confirmed the 17-year-old’s identity.
“I know how this story sounds, like something that people hear on the news: You go to Tijuana and this happens,” Garcia said. “But he was the most selfless, kindest boy ever…This shouldn’t have happened to him.”
Gomez and Suarez-Ojeda had both attended O’Farrell Charter Schools, according to the Union-Tribune. Gomez was a senior at O’Farrell Charter High School and played football, while Suarez-Ojeda graduated from Ingenuity Charter School in San Diego’s Encanto neighborhood earlier this year.
“It’s been pretty devastating for students and staff,” Superintendent Jonathan Dean said Wednesday night. “It’s a tough situation.”
Garcia said her cousin’s family is struggling to bring the teen’s body back to the U.S. She set up a GoFundMe page to help Gomez’s family with expenses.
“He was just 17 years old, a goofy, loving and hardworking football player at O’Farrell High School, that wanted to give his family the world. At the moment the details of this horrific crime are even still unclear to his family,” she wrote on the fundraising site.
A GoFundMe page was created for Gomez and Suarez-Ojeda’s families.
Source>https://www.foxnews.com/world/2-california-teens-killed-execution-style-in-triple-slaying-in-mexico-reports-say
Posted by theodore miraldi at 3:17 PM