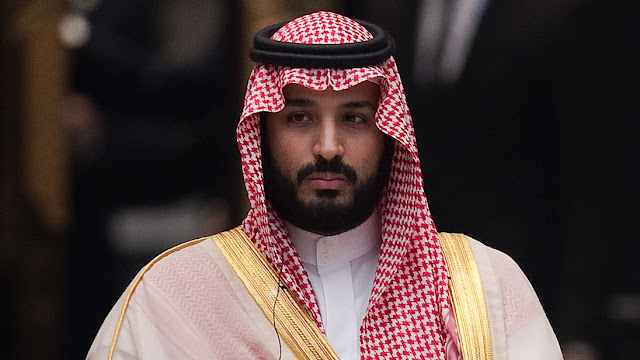 
The CIA has reportedly concluded that Saudi Crown Prince Mohammed bin Salman personally ordered the hit on slain journalist Jamal Khashoggi.
The agency looked at multiple sources of evidence and intelligence when coming to its assessment, according to the Washington Post.
This included an alleged phone call made by the prince’s brother, Khalid bin Salman — Saudi ambassador to the United States — to Khashoggi sometime before his murder.
Source>https://nypost.com/2018/11/16/cia-reportedly-concludes-saudi-crown-prince-ordered-khashoggi-assassination/
Posted by theodore miraldi at 6:50 PM