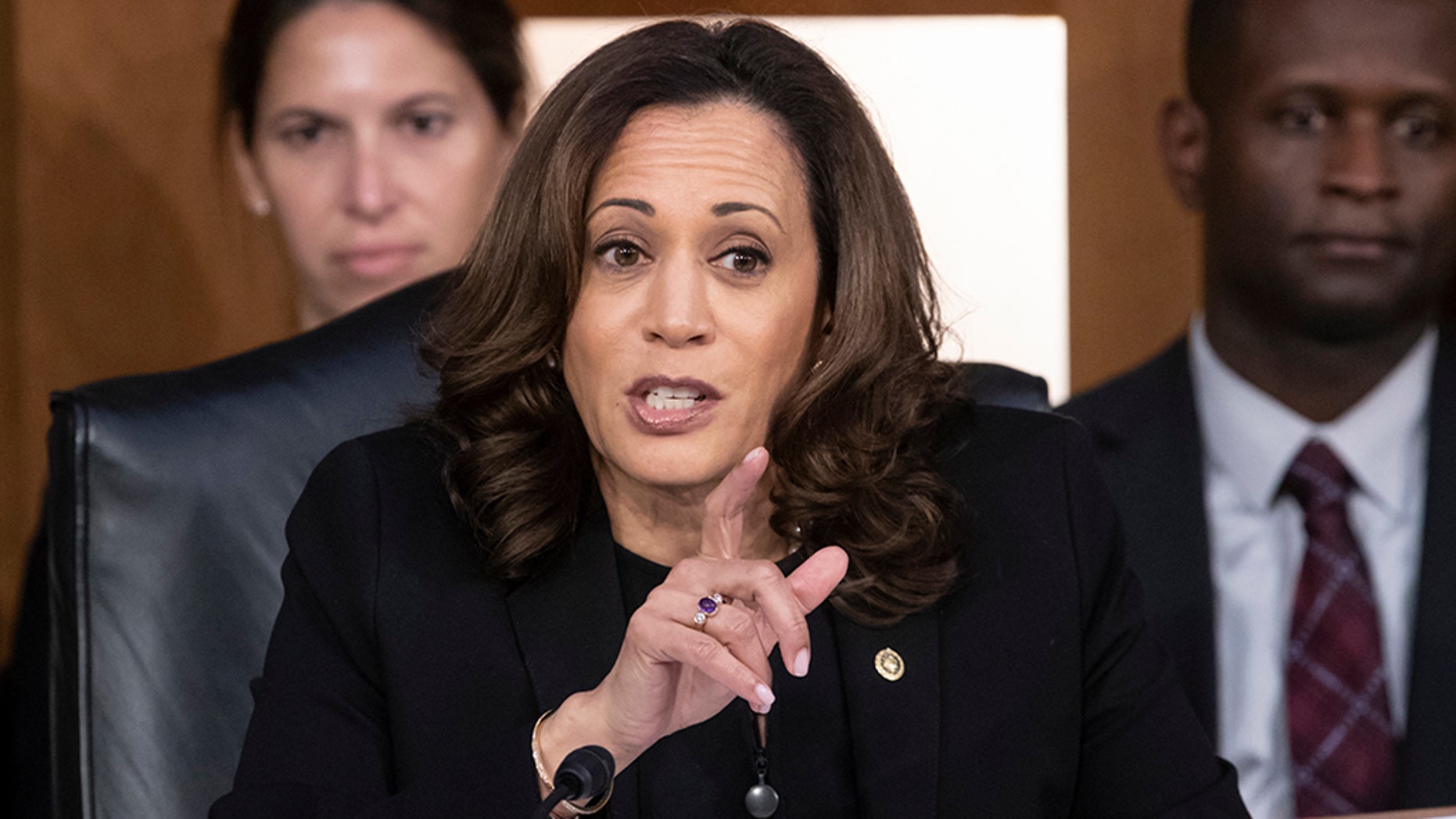 
Reducing the size of the 21-member Senate Judiciary Committee is reportedly among the actions being considered by Senate Republicans as they prepare for the next Congress.
If that happens, Sen. Kamala Harris of California -- a high-profile Democrat who is considered a possible candidate for her party’s 2020 presidential nomination -- could be left off the panel, according to a report.
That’s because the first-term senator is the judiciary committee’s most junior member, and would be among the first to go if the panel is downsized, the Washington Post reported.
But some Democrats are reportedly scrambling to find a way to keep Harris on the committee, the report said. The ideas include negotiating with Republicans -- who maintained control of the chamber after this month's midterm elections -- to keep the committee at 21 members, or convincing a more senior Democrat to step aside.
Although she has been a U.S. senator for less than two years, Harris – a former state attorney general in California – drew attention during the summer for her questioning of Brett Kavanaugh during his Supreme Court confirmation hearings.
KAMALA HARRIS COMPARES ICE TO KKK, GETS SLAMMED FOR 'DISGUSTING,' 'HORRIFYING' REMARKS
For example, Harris and Kavanaugh had a testy exchange over whether he discussed the Russia investigation being conducted by Special Counsel Robert Mueller with anyone at a law firm associated with President Trump’s personal lawyer.
“I think you’re thinking of someone and you don’t want to tell us,” Harris said when Kavanaugh responded that he couldn’t remember if he’d had such conversations.
But in September, the Washington Post gave Harris a rating of Four Pinocchios, saying she selectively edited a video of Kavanaugh comments about abortion-inducing drugs, in a bid to argue that he was against birth control.
Harris has already told Senate Minority Leader Chuck Schumer, D-N.Y., that she hopes to keep her Judiciary spot, her spokeswoman Lily Adams told the Post.
Her supporters say that Harris, 54 – by being an African-American woman – helps Democrats underscore that the GOP side of the committee includes only white males. (Harris is among four female Democrats on the panel.)
“Not only would it be unconscionable to remove the only African-American woman from the committee, but Sen. Harris also is the most skilled questioner on the entire panel,” Brian Fallon, executive director of Demand Justice, a group tries to get liberal judges appointed, told the Post. “Whatever options they need to consider, removing Harris should not be one of them. The backlash would be intense.”
But Senate Majority Leader Mitch McConnell, R-Ky., is said to be considering Sen.-elect Marsha Blackburn, R-Tenn., for a Judiciary seat, the Post reported.
Serious discussions about the future makeup of the committee will begin sometime following Tuesday’s Senate run-off election in Mississippi, the Post report said.
Fox News’ Louis Casciano contributed to this report.
Source>https://www.foxnews.com/politics/democrat-kamala-harris-could-lose-seat-on-senate-judiciary-committee-report-says
Posted by theodore miraldi at 7:37 AM