Democratic Sen. Brian ... 'SCHATZ' On His Own Country. Tweets Use Of Chemical Weapons On Border

This man is a United States Senator...Now You Know Why the Country is a Mess. Democrats will Say Anything for a Gotcha-Moment. His Effort to Disgrace Our Nation should be Criminal...tmiraldi 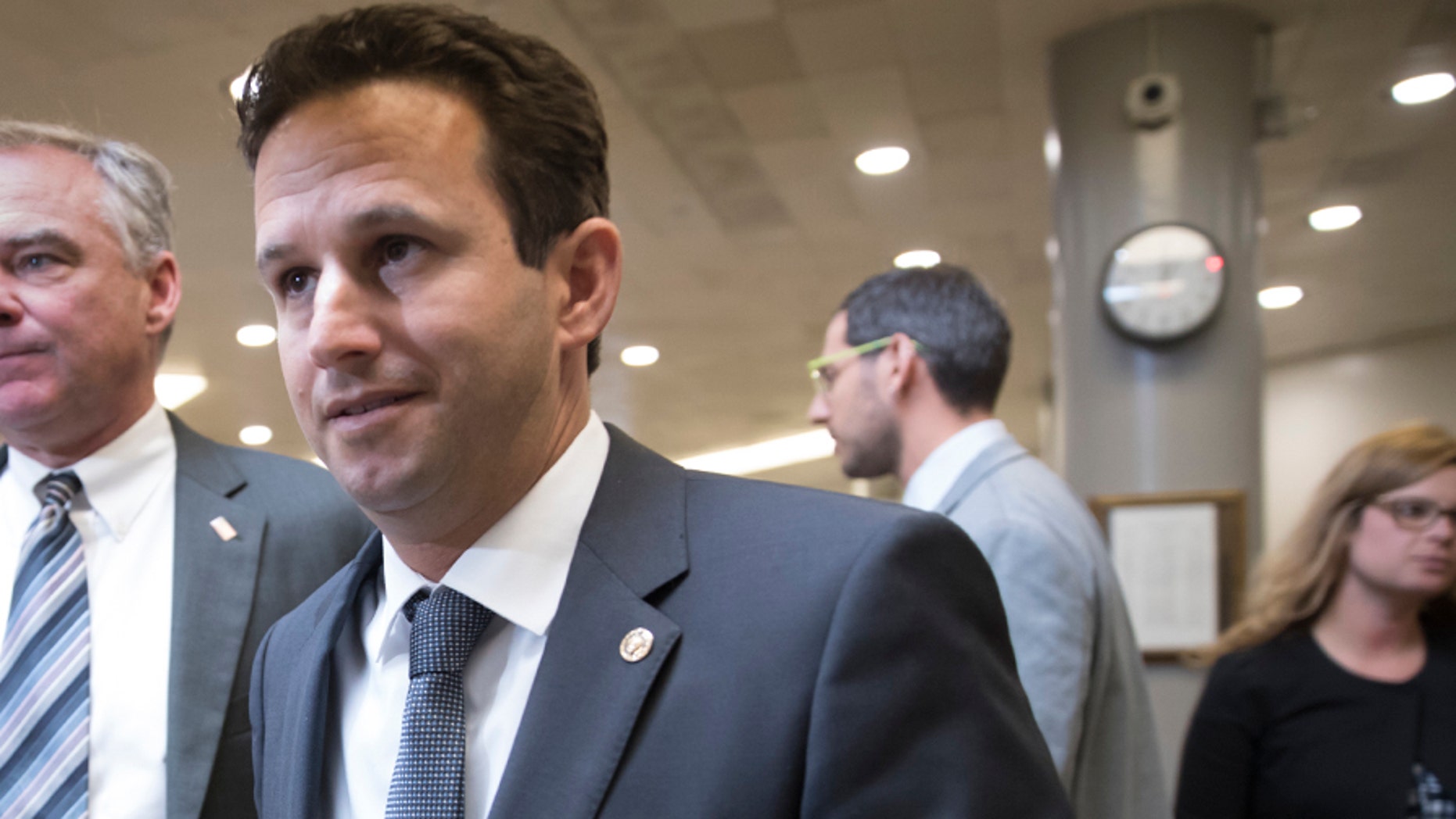 Sen. Brian Schatz, D-Hawaii, tweeted Sunday that the use of tear gas against Central American migrants who attempted to enter the U.S. illegally may have been a violation of international agreements governing the use of chemical weapons -- before he backtracked.

The Associated Press reported that U.S. agents shot several rounds of the gas after migrants tried to penetrate several points along the border at the San Ysidro border crossing between Tijuana, Mexico, and California. Migrants sought to squeeze through gaps in wire, climb over fences and peel back metal sheeting to enter.
In response to the reports, Schatz initially tweeted: "Tear gas across the border against unarmed families is a new low." Approximately 45 minutes later, Schatz tweeted: "Who gave the order? Did it implement or contravene policy?" He then tweeted "WHO GAVE THE ORDER?" in all caps.
Schatz then asked: "Why tear gas? Is this consistent with the Conventions on Chemical Weapons?"
However, the tweet was posted for just a few minutes before it was deleted and replaced by this message: "Anyone uncomfortable with spraying tear gas on children is welcome to join the coalition of the moral and the sane. We can argue about other stuff when we’ve got our country back."
In an exchange with opinion writer Stephen Miller, Schatz admitted that "I went ahead and deleted the one about chemical weapons because I just don’t know enough about what happened." He then asked Miller: "Does this not strike you as excessive?"
A spokesman for Schatz did not respond to Fox News' requests for comment.
Schatz, a former Hawaii state representative and lieutenant governor, was appointed to the U.S. Senate in 2012 to serve out Daniel Inouye's term after his death. Schatz was elected to his first full Senate term in 2016.


The Associated Press contributed to this report.
Source>https://www.foxnews.com/politics/democratic-sen-brian-schatz-deletes-tweet-claiming-chemical-weapons-used-at-us-mexico-border
Posted by theodore miraldi at 7:18 AM