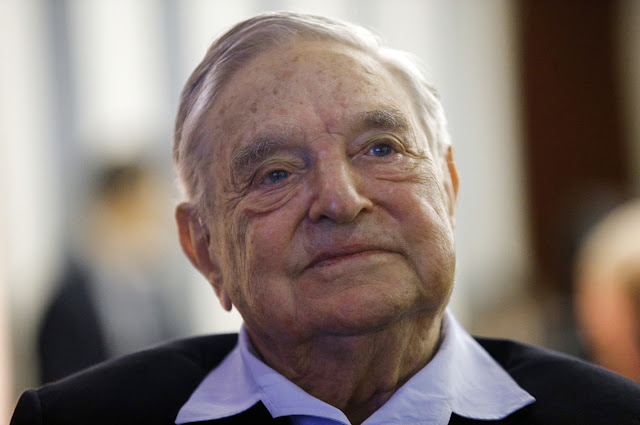 The head of George Soros’ philanthropic organization called for congressional oversight of Facebook after the social-media giant admitted it had hired a research firm to get dirt on the billionaire.
Patrick Gaspard, president of Soros’ Open Society Foundations, blasted Facebook for hiring Definers Public Affairs in response to Soros publicly criticizing the site.
“So @facebook decides to drop a turkey on Thanksgiving eve, with admission that Definers was tasked by company leadership to target and smear George Soros because he publicly criticized their out of control business model. Sorry, but this needs independent, congressional oversight,” Gaspard tweeted Wednesday night.
In a statement posted when most people were too involved preparing for the holiday to follow the news, outgoing Facebook communications chief Elliot Schrage admitted he was responsible for hiring Definers.
“In January 2018, investor and philanthropist George Soros attacked Facebook in a speech at Davos, calling us a ‘menace to society,’ ” Schrage said.
“We had not heard such criticism from him before and wanted to determine if he had any financial motivation.”
Source>https://nypost.com/2018/11/22/george-soros-organization-calls-for-oversight-of-facebook/
Posted by theodore miraldi at 9:03 AM