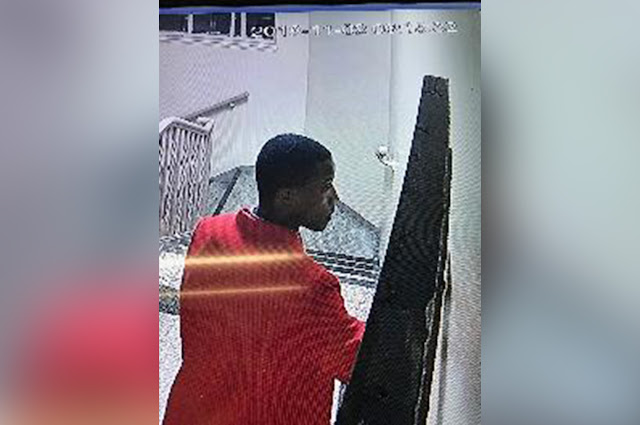 The suspect charged with scrawling anti-Semitic graffiti inside a Brooklyn synagogue has Jewish foster parents, and was an intern for former City Council Speaker Christine Quinn — for whom he worked on initiatives to combat hate crime.
James Polite was busted Friday, a day after he allegedly wrote “Kill All Jews,” in the stairwell of historic Union Temple in Prospect Heights.

Suspect arrested for scrawling 'Kill all Jews' in synagogue

Police said Saturday that Polite, 26, had also recently set a string of fires — including in the closet of Yeshiva Beth Hillel of Williamsburg, and smaller blazes in the trash outside three other nearby Jewish institutions.
Quinn, who is now president and CEO of Women in Need, a homeless services group, confirmed Saturday that Polite — the subject of a profile in the New York Times last year — was her intern.
“I know this young man, and along with many others in the New York City Council and social services agencies throughout the city, have done everything I could over the years to help him” as he cycled in and out of homelessness and the foster care and mental health systems, she said in a statement posted to Twitter. “I am simply and utterly devastated.”

Former City Council Speaker Christine Quinn
Quinn called the defacement — which rattled worshipers just five days after 11 people were shot dead in an attack at a synagogue in Pittsburgh — “a vile expression of bigotry and anti-Semitism” and “indefensible.”
“The actions he is accused of break my heart,” the former speaker added.
Quinn met Polite in 2008, at a gay pride rally for Barack Obama — and was so impressed, she hired him as an intern on the spot, she told the outlet last year.
The profile described Polite as gay, bi-polar and the foster child of Jenny Levison, a member of Jews for Racial and Economic Justice, and Josh Waletzky, a Yiddish singer-songwriter. Their Prospect Park South house is across the park from the synagogue.
Polite interned for Quinn “for several years, working on initiatives to combat hate crime, sexual assault and domestic violence,” the Times profile said.
Quinn’s recommendation helped Polite get into Brandeis University in Waltham, Mass. A university spokeswoman confirmed Saturday that Polite was a member of the May 2018 graduating class.
Of late, though, it seems that his bipolar condition spiraled out of control.
Last year, Polite created an alter-ego, “Abraham Aali,” on Facebook, and in the early-morning hours before Thursday’ night’s synagogue vandalism he spewed in a post: “N–s have no soul or conscious. They’ll eat they’re [sic] own family before they do any kinda work.”
He also posted a photo showing a burning American flag with the caption, “Sometimes things take a lil heat to grow.”
Polite remains for now at Woodhull Hospital in Brooklyn for a psych evaluation. Police have charged him with Criminal Mischief as a hate crime and making graffiti. He’s additionally been charged with arson as a hate crime, criminal mischief as a hate crime and reckless endangerment in connection to those incidents, cops said.
At the vandalized Prospect Heights synagogue on Saturday morning, there was a heavy turnout of supporters.
“I was surprised to hear about it in our own neighborhood,” said one attendee, Scott Dvorin, 41, of Prospect Heights. “And a little scared.”
Additional reporting by Katherine Lavacca and Tina Moore
Source>https://nypost.com/2018/11/03/kill-all-jews-graffiti-suspect-had-a-dark-online-alter-ego/
Posted by theodore miraldi at 6:48 PM