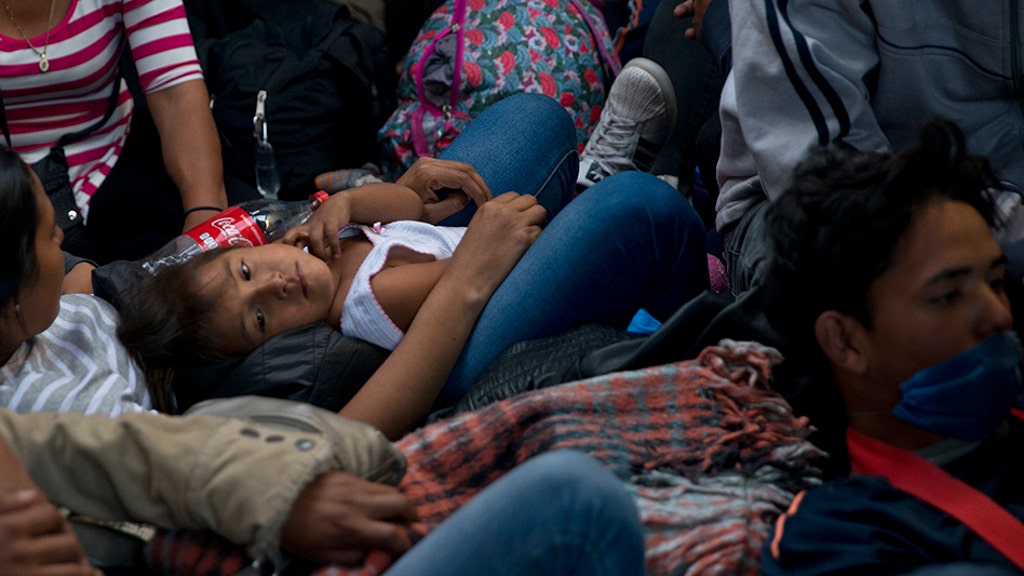 
TIJUANA – A little after 4 a.m. Wednesday morning, a large white truck pulled up to the Benito Juarez Sports Complex in Tijuana as 57 new migrants climb out to join the more than 6,000 being sheltered here near the San Ysidro U.S.-Mexico Port of Entry.
That’s in addition to the more 2,000 in nearby Mexicali who are expected to make their way toward Tijuana this week, according to local officials.
At present, officials say the total number of migrants in Tijuana alone break down this way: 6,062 total, comprising of 3,877 men, 1,127 women and 1,058 children.
These migrants are tired, restless and growing frustrated by the reality that it’s proving much more difficult to get across the border than they had anticipated.
And the journey, which began for most of them in Honduras, Guatemala and El Salvador, is also taking a physical toll.
Local health officials said that more than half of them are suffering from respiratory conditions – and walking between the jam-packed tents, a cacophony of coughing can be heard day and night.
But yet more are arriving every day, and Tijuana’s local government is bearing the cost of it all.
"We need help. This is very costly,” said Delegate Genaro Lopez Moreno. “This is costing us $30,000 to $40,000 dollars a day to keep these people here and all those funds have to come from some place – and it is municipal funds.”
Now, the fear among Tijuana residents is that a protracted situation could ultimately lead to higher taxes to pay for it all.
Delegate Moreno also lays much of the blame on the caravan organizers who he believes sold the migrants a lot of false hope.
"The leaders that were promising them the great American Dream aren't coming through,” Moreno said, adding, “they know they're going to be better off going back home."
And some have left. Approximately 80 self-deported Tuesday while another 98 were deported by Mexican immigration officials for their involvement in Sunday’s demonstrations that turned violent.
Others have chosen to accept offers of temporary work and asylum from Mexico.
But most are committed to the original goal as the prospects for asylum in the U.S. grows dimmer.
Some migrants, like Luis Conde from Guatemala, vow to cross the border regardless – legally, or not.


“It doesn't matter,” Conde said. “I got no choice. I got to work for a living.”
Source>https://www.foxnews.com/world/some-migrant-caravan-members-self-deporting-as-frustration-grows-in-tijuana
Posted by theodore miraldi at 3:41 PM