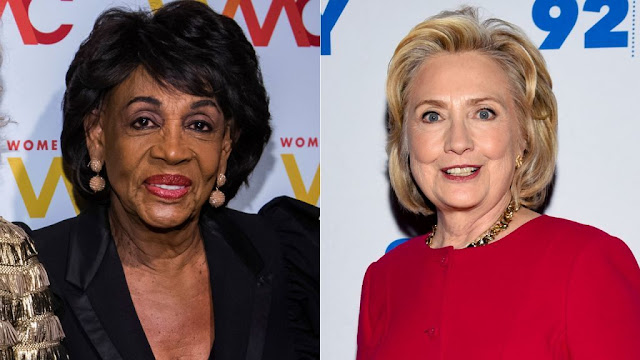 Just when you think you’ve seen the ultimate meltdown of the Democratic Party, there’s always more.

The hearing for Justice Brett M. Kavanaugh was an utter debacle for the Democrats. But it also provided an opportunity for reassessing their view of the world and attitude about the American people. They clearly chose not to do so and are now doubling down on hate.
The obviously new narrative from the Democratic Party and their enablers is the insane insistence that President Donald Trump is responsible for the horrible Pittsburgh synagogue massacre and is a dangerous and horrific artifact of desperate people who seek to use every human crisis as a political opportunity.
Trump is a politician and has terrific people surrounding him. He has shown us for over two years now that he can handle the slings and arrows of the dying establishment machine. But the more troubling and sinister messaging has emerged against voters who chose freely in 2016 to not support the status quo.
In the aftermath of the synagogue massacre, two people fanatically opposed to the president have gone on national television and compared the president and his voters, in one case, to the Islamic State terrorist group (also known as ISIS) and, in the other, claimed the president and his supporters of having “blood on their hands.”
On Monday at CNN, just two days after the synagogue horror, GQ columnist Julia Ioffe made headlines. During a debate segment she said, “I think this president, one of the things that he really launched his presidential run on is talking about Islamic radicalization. And this president has radicalized so many more people than ISIS ever did.”
David Urban, a Trump supporter and another guest on the panel, confronted her on-air for the remark. After Jake Tapper declined to push back on the claim, Ms. Ioffe doubled-down on comparing supporters of the president to the blood-thirsty terrorists, “ISIS had like 10,000 members. I think the president has far more supporters who espouse an equally hateful ideology,” Ioffe retorted.
In the aftermath, outrage at the remark grew, and Ms. Ioffe apologized in the non-apology sort of way by explaining it was “hyperbole” fueled by the “emotional and painful time.”
Newsflash for Ioffe: That massacre was and is emotional and painful for all of us. This was not a poor choice of words, a mistake we all can make. This was an accusation, which she reinforced even after being confronted about it in real time.
Also within two days of the mass murder, Steve Schmidt, chairman of the John McCain 2008 campaign and hater of Mr. Trump, went on MSNBC to discuss the massacre, and instead used the horror to unleash a screed against those whom he despises. He declared the president and others “had blood on their hands.” Without any pushback from host Chris Hayes, he said Counselor to the President Kellyanne Conway and “the vile president that she serves, abetted by Mark Levin and Rush Limbaugh and Breitbart and NewBusters and Judicial Watch and all the rest of them, have blood on their hands. For the incitements that they have made that have triggered and radicalized these crazy people. It is deliberate …”
This frenzy to cast fellow Americans as dangerous terrorists because you disagree with them politically is beyond any normal or acceptable political discourse. It’s one thing to target the direct political opponent with rhetoric that is unseemly. But here we have the failing establishment, both Democrats and in some cases Republicans, choosing to malign the actual voters in the week leading up to an election.
Hillary Clinton’s declaration that the president’s supporters were “deplorable” and “not American” was the moment the losers in 2016 decided a scorched earth campaign punishing those who did not comply would be their new strategy.
It is now apparent Rep. Maxine Waters of California was not a rogue congresswoman calling for the harassment of Republicans; she was simply carrying forward the official Democratic torch.
What would possess the Democrats to think that attacking the American people would be their salvation? We may have received a clue as to their expectations when Clinton said that the instability would stop when they regained the House of Representatives.
In 2016, the American public saw through the attempts to gaslight them into believing things that aren’t true. One of those false assertions is how the Democratic Party cares about the American people and are champions on the issues we care about.
Their latest accusations, attitude and lack of any coherent position on policy for this country, proves not just the chaotic incompetence now destroying that side of the aisle, but makes clear their actual malevolence toward the citizen. After all, we are the ones who fired them, and we are the ones they are determined to punish.
When the midterm comes along the Democrats are going to find that we are not ISIS, or Nazis, or racists, or terrorists. We are Americans. We are moms and dads, brothers and sisters, sons and daughters, husbands and wives, and best friends. We are voters and families who look to the future and want it to be the best it can be. Next week, we must trust and urge the American people to not reward those who condemn people for rejecting the status quo, and deciding to stand for freedom, fairness and a renewed American future.
This column originally appeared in The Washington Times.
Source>https://www.foxnews.com/opinion/tammy-bruce-the-democrats-never-ending-meltdown
Posted by theodore miraldi at 8:22 AM