The LEFT'S Relentless Campaign to SHUT UP Its Opponents 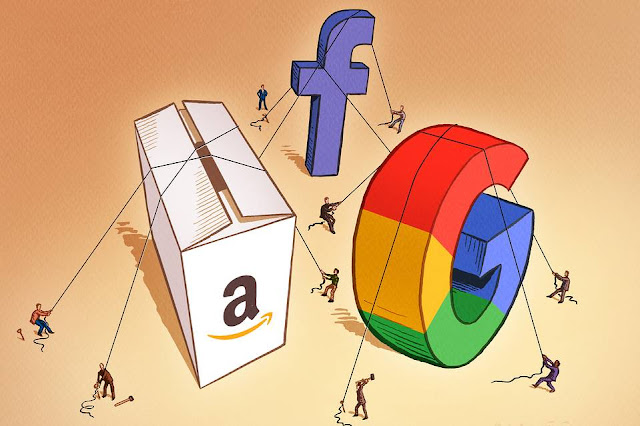 
We all remember the liberal meltdown that began the day after the 2016 presidential election and the coordinated efforts of major media, the Democratic Party and social media giants to shut down conservative voices under the guise of combating “fake news,” Russian meddling and hate speech.
The pretense of the all-out assault on free speech was that President Trump only won the election because the American people had been tricked by Russians, duped by fake news about the universally popular Hillary Clinton and either intimidated or led astray by hate groups that did not like Hillary because, well, because they are hateful haters who do not deserve free speech.
In the weeks after the election, Twitter began mass purges of conservative accounts for vague and often unspecified violations of their Terms of Service. A second major purge took place a month or so later. My own account was suspended as part of that mass banning of conservative voices.

Since President Trump’s inauguration last year, the left has gone on a feeding frenzy denying access to the modern public square to anyone perceived as opposing Democrats. Speakers on campus have been attacked and harassed, attendees beaten and intimidated, and public and private property has been destroyed by liberal mobs. Several speaking engagements have had to be canceled because of rioting and attacks by leftists. Many conservatives have been banned from social media platforms; some have even had their personal family pages suspended, as well. Leftists have harassed payment processing companies to cancel service to conservatives, and hosting companies have been bullied into purging conservative websites from their hosting service.
Over the past 10 days, or so, liberals have scored several more victories in shutting down opposing views.
LifeSiteNews, a religious pro-life website, was suspended from Twitter for posting a 2014 article sourced from the Centers for Disease Control and the New York Times regarding the rise in STDs among homosexual men. Twitter said the suspension was for engaging in “hateful conduct.”
Gab, the free-speech social media platform that has risen in response to the left’s banning conservatives from other platforms, was first notified that PayPal was cutting off payment processing service and then notified by its hosting service that they were kicking the entire platform off their servers. This in response to the synagogue shooting and the fact the gunman had a Gab account. Never mind the fact the gunman who killed 26 Christians at First Baptist Church in Sutherland Springs, Texas, just a few months before had a Facebook account, harassed Christians using that account and actually posted a picture of the gun he used to commit his mass shooting on his Facebook account along with a profane caption. Facebook never faced demands to be shut down or was held responsible for the shooter’s actions, even though his rampage was far deadlier and his conduct on Facebook’s platform far worse than anything the synagogue shooter did on Gab.
The Proud Boys, a group of young men formed to act as unofficial security in response to antifa attacks on people trying to attend Trump rallies or otherwise peaceably assemble, was banned from both Facebook and Instagram this week in what the sites claimed was an effort to stamp out hate groups. By contrast, ISIS, the Taliban and several other terror groups openly utilize these and other social media sites for propaganda and recruitment. Also this week, Facebook notified a user that an explicitly violent post, “Kill only white people,” does not violate any Terms of Service.
Tennessee Republican U.S. Senate candidate Marsha Blackburn was notified by Google that it will not allow her campaign ads, saying they contain “shocking content.” The alleged shocking content is liberal protesters screaming at Ms. Blackburn and citizens during a moment of silent prayer for the victims of the synagogue shooting. Google is literally covering for the shocking behavior of leftist activists by using that as the excuse to deny Blackburn’s campaign ads. Google and other big tech company employees give about 92 percent of their political donations to Democrats.
In 2017 I wrote at WND.com that the time was coming for the federal government to regulate the tech giants. Their monopoly on speech is orders of magnitude beyond anything the railroad or oil tycoons of 120 years ago could have ever dreamed when regulators stepped in to break up their monopolies. Railroads and gasoline are not constitutional rights; freedom of speech is.
Source>https://www.wnd.com/2018/11/the-lefts-relentless-campaign-to-shut-up-its-opponents/#OGF9E2S6Axvu2Zk1.99

Posted by theodore miraldi at 10:52 AM