TRUTH Or Emotional...Which Do YOU Value

This is why some people can’t admit they’re wrong 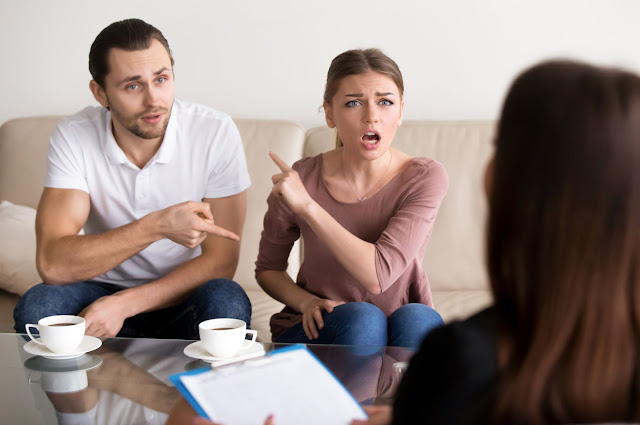 They say it takes a big person to admit their mistakes, but for some people, saying they’re wrong feels impossible.
Be it your partner, your boss or, God forbid, your in-laws, dealing with somebody who, even when faced with overwhelming evidence of a bungle, just can’t cop blame can be frustrating.
But why do they do it? We’ve asked psychologist Dr. Tim Sharp, chief happiness officer at The Happiness Institute, to explain:
They think being wrong means they’re unworthy
For some, conceding that they’re fallible can evoke a deep psychological anxiety regarding “the risks or the consequences associated with loss or failure,” says Sharp.
“I think the reason some can’t apologize isn’t actually because they don’t like to be wrong, but because it’s seen as an inherent character fault,” he explains.
Sharp says that for non-apologists, the irrational need to always be “perfect” rules their ego and they feel their screw-ups are unforgivable.
“The difficulty in admitting failure largely comes from the unrealistic expectation that ‘I should get it right all the time,’” he says.
They think never admitting fault makes you look stronger
For some, appearing apologetic is congruent to appearing weak, but Sharp says they could not be more wrong, because a good leader admits their mistakes.
“There’s some actually very interesting research that leaders who express vulnerability and are more open to being fallible tend to be more highly regarded,” the expert explains.
According to him, a boss’ deep sense of accountability can inspire people to think of them as “highly trusted” and conjure “higher levels of engagement and productivity.”
“This makes sense because if someone is saying, ‘I’m 100 percent perfect, I’m 100 percent right all the time,’ that’s pretty hard to believe,” says the psychologist. “I’d find it hard to trust that person because there’s no one I know 100 percent perfect. Whereas someone who says, ‘You know, I’m going to do my best but I’ll make mistakes sometimes, I’ll get it wrong, I’m sorry but I’ll try to fix it,’ to me, that’s more believable. I’d be more trusting of that sort of person.”
They don’t value the truth
For some people, the fact is they “don’t necessarily value truth and honesty,” says Sharp.
“While I personally value truth and honesty, what I’ve come to learn, which I find hard to understand but it’s just a reality, is that not everyone does value those things as highly as me,” says Sharp.
Taking political discussion as an example, the expert says some people who eat up “fake news” propaganda might not value facts. When it comes to the truth, the expert warns that some people “will literally say, ‘I don’t really care.’”
“They don’t care about it because they value other aspects of what they’re perceiving much more,” he says.
Citing the upsurge of alt-right political movements around the world, Sharp says how someone approaches a situation will often reveal whether facts or feelings will influence them more.
“[Logical people] will look for facts and information and data and make their decisions accordingly,” he explains. “Other people make their decisions based on much more emotion. Now the problem comes when you try to talk logic to an emotional person because it just won’t wear, you’re talking different languages … This is why two sides might increasingly [find] it hard to communicate or to find common ground. It’s very difficult.”
Source>https://nypost.com/2018/11/20/this-is-why-some-people-cant-admit-theyre-wrong/
Posted by theodore miraldi at 1:27 PM