'No collusion' by Trump with Russia shown in new Cohen and Manafort court filings. 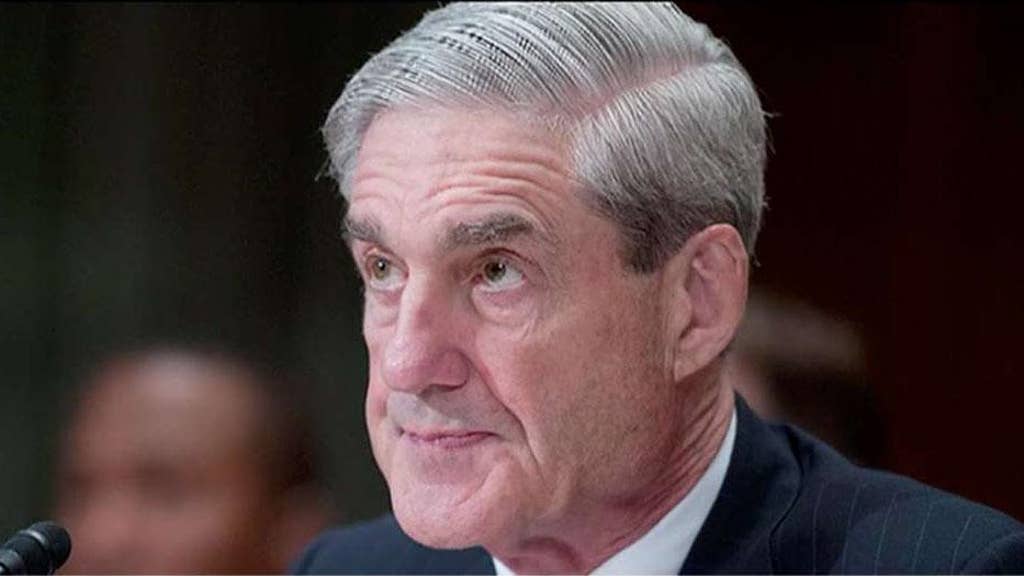 When he was appointed a Justice Department special counsel in May 2017, Robert Mueller was assigned the task of determining whether presidential candidate Donald Trump and/or members of the Trump campaign conspired with Russia to elect Trump president. New court filings Friday by Mueller and federal prosecutors in New York City leave this central question unanswered.
In 19 months, the Mueller probe has expanded again and again, taking an ever-widening look over many years at a broad range of activities by people associated with the Trump campaign or who had business dealings with Trump long before he moved into the White House.
Some crimes that people have been charged with or even admitted to have nothing to do with Trump, but rather pertain to wrongdoing or alleged wrongdoing by people with some association with him.
Unquestionably, this is a fishing expedition that has caught some fish. Mueller and his team of prosecutors have secured indictments, convictions and guilty pleas from people with some affiliation with Trump – but as yet, there is no “smoking gun” saying there was Trump-Russia collusion to defeat Hillary Clinton and install Trump in the Oval Office.
Will this evidence turn up in the future? The only honest answer those of us without inside information can give is that we don’t know.
Much of Mueller’s activities are cloaked in secrecy. Many of the documents he has filed in court have large amounts of information blacked out – “redacted” in legal terminology – so we have no idea what they say.
But we have to wonder: How long will this investigation go on? How wide a net will it cast? How far back in time will it go? How many more millions of dollars will it cost American taxpayers?
And finally, is the cloud the Mueller probe is casting over the Trump administration benefitting our nation, or simply weakening the president and preventing him from accomplishing the many things the American people elected him to do on our behalf?
The latest chapter in this long saga took place Friday when a sentencing memorandum was filed in U.S. District Court New York City by the Justice Department dealing with former Trump personal attorney Michael Cohen.
Cohen earlier pleaded guilty to multiple counts of business and tax fraud. He also pleaded guilty to making an excessive contribution to the Trump campaign and to making false statements to Congress regarding unsuccessful efforts to build a Trump Tower in Moscow.
The sentencing memo for Cohen shows there is clearly no love lost between him and the Justice Department, despite his pleading guilty to the charges against him.
The Cohen memo was in sharp contrast to the sentencing recommendation that Mueller recently filed in the government’s case against retired Army Lt. Gen. Michael Flynn, who served for 24 days as President Trump’s national security adviser. That recommended little or no jail time.
But the U.S. attorney in the Southern District of New York asked the court to impose a “substantial term of imprisonment” against Cohen of about four to five years.
The recommendation reflects what the Justice Department document calls Cohen’s “extensive, deliberate, and serious criminal conduct.”
The Probation Department is recommending a sentence of 42 months in prison and a $100,000 fine for Cohen.
The sentencing memorandum castigates Cohen, saying he was “motivated by personal greed, and repeatedly used his power and influence for deceptive ends.”
The four crimes Cohen pleaded guilty to – tax evasion, false statements to a financial institution, illegal campaign contributions, and false statements to Congress – were “marked by a pattern of deception that permeated his professional life (and was evidently hidden from the friends and family members who wrote on his behalf).”
In fact, Cohen’s criminal conduct, according to the sentencing memo, strikes “at several pillars of our society and system of government: the payment of taxes; transparent and fair elections; and truthfulness before government and in business.”

And finally, is the cloud the Mueller probe is casting over the Trump administration benefitting our nation, or simply weakening the president and preventing him from accomplishing the many things the American people elected him to do on our behalf?

The Justice Department accuses Cohen of seeking the “extraordinary leniency” of no prison sentence based on “his rose-colored view of the seriousness of the crimes” and his providing “certain information to law enforcement.”
But the department downplays Cohen’s cooperation with Special Counsel Mueller, calling Cohen’s claim “overstated” and “incomplete.”
In fact, the department says Cohen is not getting official recognition as a “cooperating witness.” The sentencing memo says Cohen’s providing of some information should be a “mitigating factor” but that he “repeatedly declined to provide full information about the scope of any additional criminal conduct in which he may have engaged or had knowledge.”
This throws doubt on the idea that Cohen has secretly provided some kind of undisclosed information or evidence to the special counsel that bears on what is supposed to be the focus of Mueller’s investigation: whether there was any unlawful collusion between the Trump campaign and Russian officials to change the outcome of the 2016 election.
Another interesting note in the sentencing recommendation is a statement by the Justice Department that indicates that Cohen greatly exaggerated his access to Trump. The department says that Cohen “secured a substantial amount of consulting business for himself” by claiming he had “unique insights and access to Individual-1,” referring to Trump.
But while Cohen made millions of dollars from these consulting contracts, “his promises of insight and access proved essentially hollow” and he performed “minimal work,” according to the sentencing memo. It also says Cohen “used sophisticated tactics to conceal his misconduct.”
After a lengthy description of Cohen’s crimes, the Justice Department says that his conduct “underscores the need for a substantial period of incarceration as a means to promote respect for the law and to deter future abuses by other individuals seeking improperly to influence the electoral process, evade taxes, or lie to financial institutions.”
The department then spends eight pages explaining why the court should ignore Cohen’s request for a sentence of time served, with no additional jail time, because in essence, Cohen thinks “he is above the laws reflected in his crimes of conviction.”
Yet it cannot be emphasized enough that once again, as with prior documents filed by the Justice Department and the special counsel dealing with other defendants, there is no information in Cohen’s sentencing memorandum about the issue of possible Trump-Russia election collusion.
Perhaps there is such material in whatever information Cohen gave to the special counsel in his debriefing meetings. We can only guess.
There were also new developments Friday in a separate case involving former Trump Campaign Chairman Paul Manafort.
Mueller filed a document in U.S. District court in Washington outlining his claim that Manafort breached a plea agreement when he “told multiple discernible lies” to Mueller’s office and the FBI that were “not instances of mere memory lapses.”
Mueller says that Manafort met with the special counsel’s office 12 times and was called before a grand jury twice.
Large portions of the filing are redacted, but Mueller contends that Manafort lied about his interactions with Konstantin Kilimnik, a Russian-Ukrainian political consultant who worked with Manafort.
Mueller also contends that Manafort lied about: a wire transfer of $125,000 to a firm working for Manafort; information “pertinent to another Department of Justice investigation;” and “Manafort’s contact with Administration officials.”
Manafort contends he has told the truth to Mueller.
Once again, with the extensive redactions, there is no way to tell whether any of these alleged false statements had anything to do with the Russian election collusion investigation. If Manafort contests the government’s claims, as is likely, then the judge will hold a hearing where the special counsel says it will “prove the false statements.”
If the judges in each of these cases adopt the government’s recommendations and claims, Cohen will be facing a handful of years in prison and Manafort, 69, could spend the rest of his life in prison.
Manafort was convicted in August of eight counts of financial fraud and was facing another trial on additional felony charges when he agreed in September to plead guilty to two more felonies and to cooperate with Mueller’s office.
What comes next? We simply don’t know, because Mueller has not lifted the curtain hiding much of his activities. But as of now, from what we know on the public record, Mueller has failed to prove the Trump-Russia collusion that he was appointed to investigate 19 months ago.
Source>https://www.foxnews.com/opinion/no-collusion-by-trump-with-russia-shown-in-new-cohen-and-manafort-court-filings
Posted by theodore miraldi at 11:45 AM