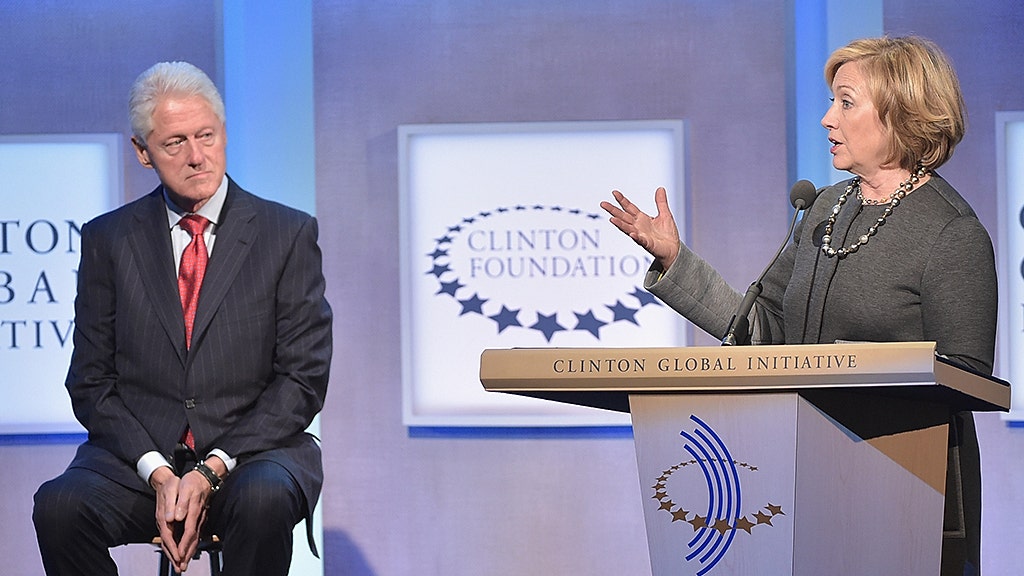 
Three people have come forward with hundreds of pages of evidence of potential wrongdoing by the Clinton Foundation, including misappropriation of funds and allegations of quid-pro-quo promises made to donors during Hillary Clinton's tenure as secretary of state, Rep. Mark Meadows, R-N.C., told Fox News on Thursday.
Meadows, the leader of the conservative House Freedom Caucus, is also the chairman of the House Oversight Subcommittee on Government Operations. The panel is set to hold an investigative hearing next week on the status of the Foundation case.
U.S. Attorney John Huber was tasked to investigate the foundation last year by then-Attorney General Jeff Sessions.
The Clinton Foundation consistently has maintained that it is a charity, and never traded on Hillary Clinton's position as America's top diplomat, which she held from 2009-2013. The organization has a four-star rating from the watchdog site Charity Navigator and has touted its mission "to create economic opportunity, improve public health, and inspire civic engagement and service." 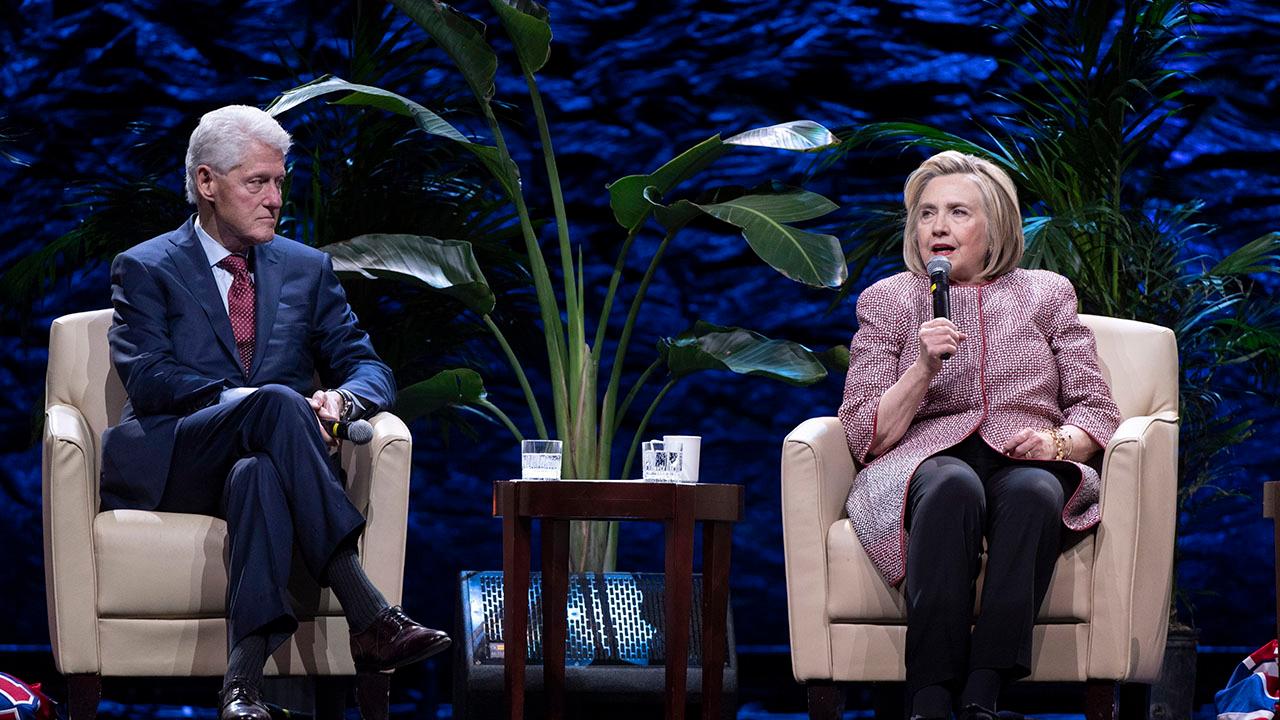 Mike Huckabee and Tammy Bruce weigh on corruption inside the Clinton Foundation.
However, The Hill reported Thursday that prosecutors working for Huber recently requested documents from a private investigative firm that also has been looking into the foundation. The firm, MDA Analytics LLC, reportedly has contacted the IRS, the Justice Department and the FBI's Little Rock office with evidence from its own investigation.
In addition, The Hill reported that a whistleblower submission filed with the FBI and IRS in August 2017 included internal legal reviews that the Clinton Foundation conducted between 2008 and 2011. Those reviews raised concerns about legal compliance and improper mingling of personal and charity business.
MAJOR MUELLER SENTENCE FILINGS IMMINENT AS COMEY GIRDS FOR TESTIMONY BEFORE HOUSE GOP
According to the Hill report, MDA investigators met with Clinton Foundation CFO Andrew Kessel in late November 2016. During the meeting, Kessel said that "one of the biggest problems was [former President Bill] Clinton’s commingling and use of business and donated funds and his personal expenses." A separate interview memo stated that Bill Clinton "mixes and matches his personal business with that of the foundation. Many people within the foundation have tried to caution him about this but he does not listen, and there really is no talking to him." 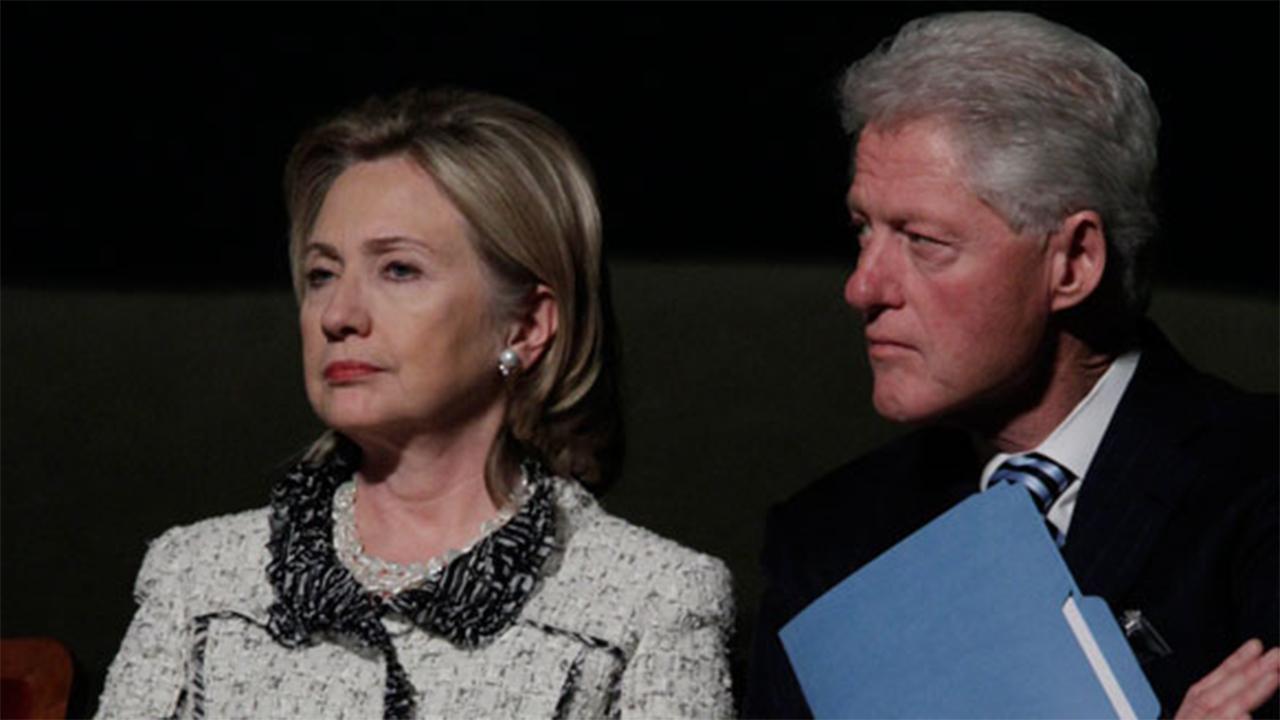 Clinton tour tickets drop to as low as $11; Mark Steyn reacts.
Last week, Fox News reported that newly filed tax documents showed donations to the Clinton Foundation plunged in the wake of Hillary Clinton's loss to Donald Trump in the 2016 presidential election. The filings showed that the foundation took in $26.6 million in 2017, a 58 percent drop from the $62.9 million it received the previous year.
ROGER STONE EXPLAINS WHY HE'S PLEADING THE FIFTH IN RUSSIA PROBE
A spokesman for the foundation told The New York Post the drop was “largely attributable to the absence of sponsorship and membership contributions for [the Clinton Global Initiative]", which wrapped up in 2016. However, Meadows said that the donation drop "raises grave concerns their operations were not above board as the American people have been led to believe.
"Whenever we look at the possibility of 'pay to play' by government officials, current or former, it demands answers," Meadows added, "and anyone who uses public office to sell access for their own financial benefit must be held accountable."
Fox News' Brooke Singman contributed to this report.
Source>https://www.foxnews.com/politics/clinton-foundation-whistleblowers-have-come-forward-with-hundreds-of-pages-of-evidence-meadows-says
Posted by theodore miraldi at 8:34 AM