To anyone who insists that the left-leaning, anti-Trump bias reflected in the latest leak of internal Google communications has no bearing on the way the tech giant builds or operates its products, there is hard evidence that proves otherwise, contends a Harvard-trained researcher who voted for Hillary Clinton in 2016.

Google President Sergey Brin
Robert Epstein – who was famed behavioral psychologist B.F. Skinner’s last Ph.D. student at Harvard – told WND in an interview that the revelation Friday of a Google engineer’s vow in an email to “reverse things” politically “in four years” confirms his extensive, peer-reviewed research over the past half decade.
“Not only does Google have the power to shift votes and opinions on a massive scale, they actually use that power,” Epstein said.
Communications obtained by the Daily Caller and reported Friday show Google employees debated whether to bury the reporting of conservative media outlets in the company’s search function in response to Donald Trump’s election. Employees similarly sought to manipulate search results to combat Trump’s travel ban, the communications showed.
“There are so many indications that discussions like that, internally, occur all the time,” Epstein said.
“You match that up with data that I have collected, and what you end up with is the pieces in the puzzle fitting together.
“They have the power, they talk about using the power, they use the
power.”
During the 2016 election campaign, Epstein concluded that Google heavily biased results in favor of Democratic presidential nominee Hillary Clinton, possibly shifting as many as 3 million votes.
Epstein and his team preserved 13,000 election-related searches on Google, Bing and Yahoo, along with 87,000 web pages to which the search results linked.
“We found a pro-Clinton bias in all 10 search positions on the first page of Google search results,” he said, noting much smaller effects for other search engines.
Epstein said that through continued research, he discovered 10 ways that Google and Facebook could influence an estimated 12 million votes in the 2018 midterm elections.
He’s still working through the data, he said, but will “bet money on the fact that we will find some things.”
“I’m guessing that these companies held back in 2016, because they were overconfident,” said Epstein. “This time, we’re going to see pretty blatant manipulations.”
Epstein earned his Ph.D. in psychology at Harvard in 1981 and later served as editor in chief of Psychology Today. He was a visiting scholar at the University of California, San Diego, and the founder and director emeritus of the Cambridge Center for Behavioral Studies in Concord, Massachusetts.
His current research on Google is supported by the non-profit American Institute for Behavioral Research and Technology in Vista, California.
As WND reported, Epstein’s research is featured in the film “The Creepy Line,” which contends Google has crossed its executive chairman’s self-described “creepy line,” not only invading the privacy of millions of users but deploying its monopolistic stature to suppress conservative views and influence elections. The movie is streaming now on Amazon Prime.
‘Cornerstone of democracy’
Epstein pointed to a video leaked in September that showed Google executives at their first weekly meeting after the election of Donald Trump in 2016 exhibiting panic and dismay while expressing their determination to thwart the new administration’s agenda as well as the emerging global populist movement.
“You heard people saying it. It’s not my imagination,” Epstein said. 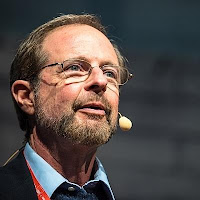 Robert Epstein
Noting again that he voted for Clinton, he said, “I don’t care whether I share those values or not, a private company not elected by the people should not have that kind of power.”
But Google has that power in 200 countries around the world, not just in the U.S., he noted.
“That’s obscene,” Epstein said.
He estimates that the outcomes of about 25 percent of elections around the world are being determined by Google’s search algorithm.
President Trump in September charged Google’s news searches were “rigged” against him.
“The fact is there’s overwhelming evidence that that is true,” Epstein said.
“The bottom line for me is that the free and fair election is a cornerstone of democracy,” he said. “But it’s fast becoming an illusion.”
Google: ‘Our products are built for everyone’
Google responded to the leak of the video in September by insisting that the political bias of executives such as Sergey Brin has not in any way influenced the company’s products.
A spokesman said at the time: “To the contrary, our products are built for everyone, and we design them with extraordinary care to be a trustworthy source of information for everyone, without regard to political viewpoint.”
Epstein reacted to Google’s insistence of innocence.
“It’s absurd. We not only know from the data I captured in 2103 that [the tech giants] show people biased results that favor candidates and causes they support; we know they have enormous power to do so in ways they we probably can’t easily detect,” he said.
“There’s no question about the fact that they have very strong political leanings and that they act on those strong political leanings.”
Google has dismissed Epstein’s research as “nothing more than a poorly constructed conspiracy theory.”
“We have never re-ranked search results on any topic (including elections) to manipulate political sentiment,” the company said in a statement to the Washington Post. “Moreover, we do not make any ranking tweaks that are specific to elections or political candidates, period. We always strive to provide our users with the most accurate, relevant answers to their queries.”
But Epstein contends the results clearly show the bias is baked into the algorithms. And he points to research others have done that show how the personal biases of programmers also are unconsciously built into the sophisticated mathematical equations.
“Even without deliberateness on the part of Google executives and employees, they’re still building algorithms that reflect their values,” he said. “And their values lean very, very heavily in one direction.”

He’s also points to the highly influential autocomplete algorithms that offer suggestions when certain words are typed in a search bar.
What happened, for example, during the 2016 election campaign, when someone typed “Hillary is.”
On Bing and Yahoo, Epstein and his team would find a dozen or so negative suggestions, such as “Hillary is the devil,” he said, because “that is what people were searching for.”
However, on Google, the suggestions were only “Hillary is awesome” and “Hillary is winning.”
“No one is searching for those things, and we verified that by looking at Google Trends,” he said. “We looked at Google’s own data and found no one was searching for those things; but that’s what they were showing people.”
Solutions
Epstein told WND he believes that putting sophisticated monitoring systems in place during elections will enable watchdogs to detect in real time whether or not Google or other tech companies are engaging in manipulation.
“If on Election Day, for example, (Facebook CEO) Mark Zuckerberg decides to send out ‘go out and vote’ reminders, mainly to Democrats, a monitoring system would detect that in minutes,” said Epstein.
That manipulation, alone, he said, would garner an additional 450,000 votes for Democrats.
Epstein said he already has built a couple of monitoring systems and wants to see such systems implemented on a large scale.
Ideally, the monitoring would be run by a non-profit organization, or a coalition of non-profits, that “stays clear of politics and that monitors the internet as its changing and evolving and looks for shenanigans.”
Then, on a case-by-case basis, he said, the manipulations  would be exposed. That could mean calling a news media outlet or turning over the data to the Federal Election Commission.
He noted the dramatic changes in technology, including the advent of the “internet of things,” such as refrigerators and clothing, that are tracking what people do.
“It’s going to take sophisticated monitoring systems to see what’s happening with those new devices,” he said.
The best monitoring looks something like what Nielsen does with television ratings, said Epstein. Nielsen, with permission, comes into people’s homes and installs a box that allows the company to document viewing habits.
With the internet, people can grant permission to install a box or software to “keep track of what they’re being shown by these companies.”
“This has to be done to protect people around the world, to protect our kids,” he said. “Our kids, especially, are very vulnerable to manipulation.”
Source>https://www.wnd.com/2018/12/democrat-researcher-proves-googles-anti-trump-bias/#rb74wolO0g5OT2UT.99

Posted by theodore miraldi at 10:57 AM