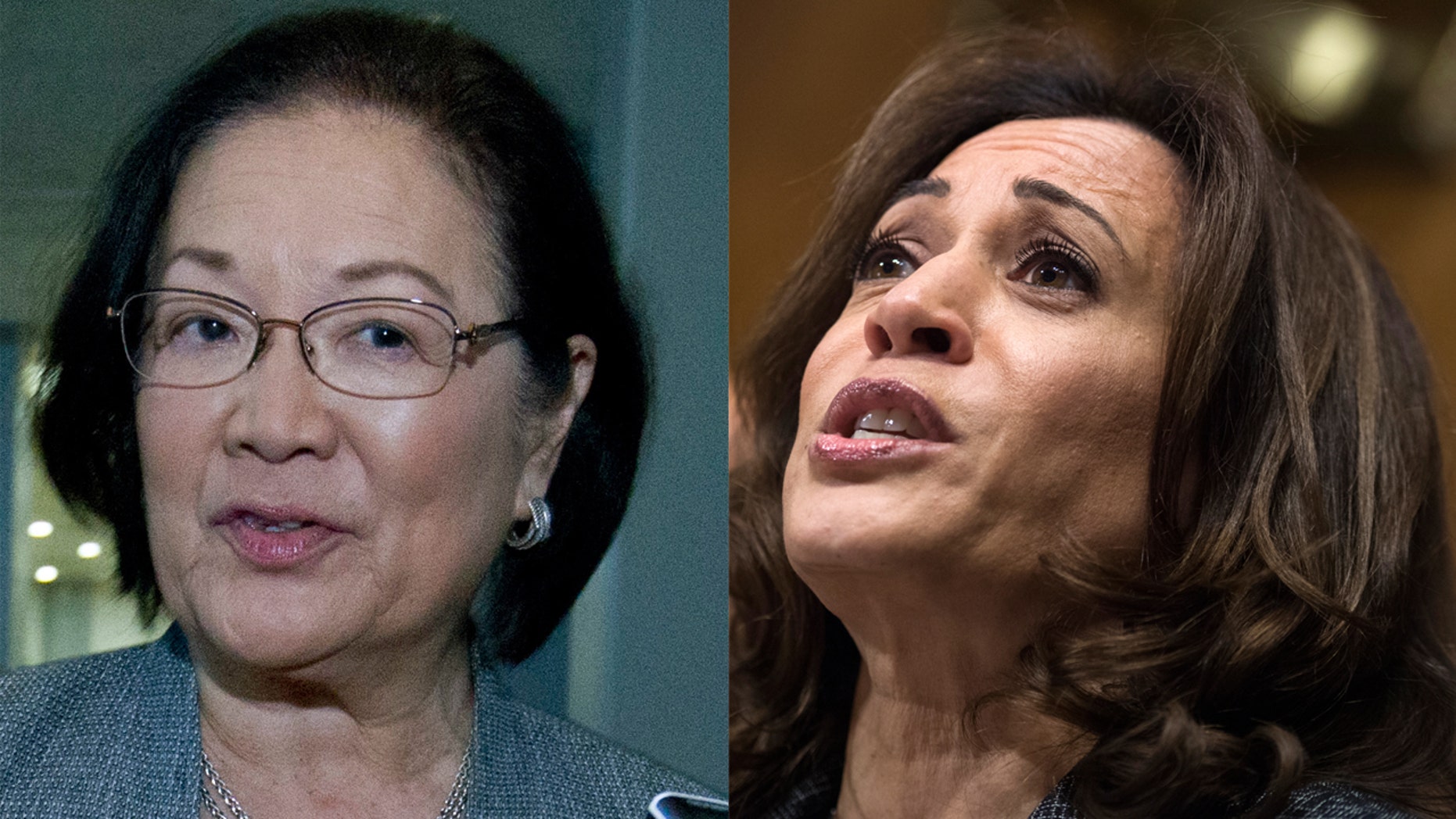 
Two Democratic senators are scrutinizing a federal judicial nominee over his membership in the Knights of Columbus, drawing a stern rebuke from the Catholic organization.
Sens. Kamala Harris, D-Calif., and Mazie Hirono, D-Hawaii, raised concerns about Omaha-based lawyer Brian Buescher's membership as part of the Senate Judiciary Committee's review of his nomination by President Trump to sit on the U.S. District Court in Nebraska, as first reported by the Catholic News Agency.
In a series of questions sent to Buescher, Hirono asked whether his membership in the Knights of Columbus would prevent him from hearing cases “fairly and impartially” and, if confirmed, whether he would end his membership in the Roman Catholic charitable organization.
“The Knights of Columbus has taken a number of extreme positions,” Hirono said in the questionnaire. “For example, it was reportedly one of the top contributors to California’s Proposition 8 campaign to ban same-sex marriage.”

Video
Kathleen Blomquist, a spokesperson for the Knights of Columbus, blasted the questions by Hirono and Harris as a throwback to past anti-Catholic rhetoric.
“Our country’s sad history of anti-Catholic bigotry contributed to the founding of the Knights of Columbus, and we are proud of the many Catholics who overcame this hurdle to contribute so greatly to our country,” she told the CNA.
Blomquist added: “We were extremely disappointed to see that one’s commitment to Catholic principles through membership in the Knights of Columbus—a charitable organization that adheres to and promotes Catholic teachings—would be viewed as a disqualifier from public service in this day and age.”

Video
The Knights of Columbus was founded in the U.S. in 1882 as a society for working-class and immigrant Catholics. It has since expanded to include charitable services, including war and disaster relief, and the promotion of Catholic education.
The group, however, has come under controversy for some of its official stances on issues like abortion and same-sex marriage, as well as its political activity.
This is not the first time that one of Trump's judicial nominees has faced questions tied to faith, either.
In 2017, federal judicial nominee Amy Barrett -- a professor at Notre Dame Law School and a devout Catholic -- was questioned by Democratic senators about how her faith would influence her decisions from the bench. Barrett was eventually confirmed as a circuit judge on the U.S. Court of Appeals for the Seventh Circuit.
Source>https://www.foxnews.com/politics/harris-and-hirono-question-federal-judicial-nominee-over-knights-of-columbus-membership
Posted by theodore miraldi at 9:26 AM