Eight Arrests In Cop Murder. How Many Were Illegals?? 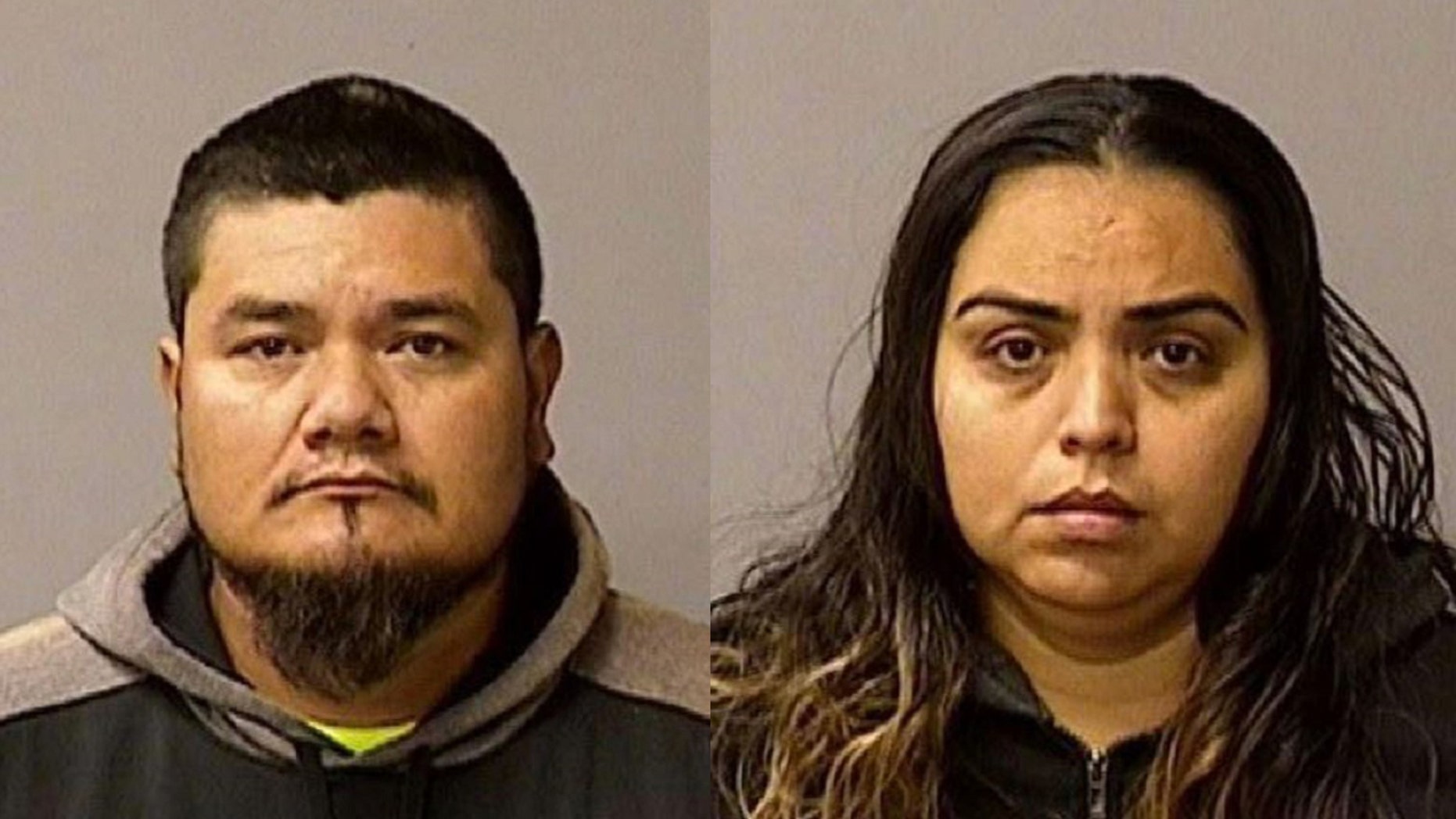 Conrado Virgen Mendoza, 34, left, of Chowchilla, and Ana Leyde Cervantes, 30, of Newman, and were arrested Friday in connection with the death of a Newman
police corporal, authorities say. (Stanislaus County Sherriff's Department)


Authorities said Friday they'd taken two more people into custody in connection with this week's shooting death of a California police officer, bringing the total number of suspects arrested to eight. The pair were identified as a girlfriend and brother of the suspected gunman.
Investigators also may have recovered the murder weapon, the Sacramento Bee reported.
Previously Friday, authorities said they'd arrested the illegal immigrant fugitive whom they believe gunned down Newman police Cpl. Ronil Singh early Wednesday. That suspect was identified as Gustavo Perez Arriaga, 32, who was apprehended in Lamont, near Bakersfield, about 200 miles south of Newman, where the officer was slain, according to the Bee. He had been on his way to his native Mexico, authorities believe.
"We were never more than a step behind this guy," Stanislaus County Sheriff Adam Christianson said of the two-day manhunt for Arriaga. Authorities said Arriaga will be charged with homicide in the death of Singh, a seven-year veteran of the Newman force.
Later Friday, authorities announced the arrests of Arriaga's girlfriend, Ana Leyde Cervantes, 30, of Newman, and Arriaga's brother, Conrado Virgen Mendoza, 34, of Chowchilla. Cervantes was apprehended in Turlock, and Mendoza in Livermore, the Stanislaus County Sheriff's Department said.
Both were arrested on suspicion of aiding and abetting Arriaga, authorities said, but details weren't immediately available.
Sgt. Tom Letras, a spokesman for the sheriff’s department, told the Bee that investigators recovered a handgun that may have been used in the shooting, but he could not give further details about it.
Before the fatal shooting Wednesday, Corporal Singh had pulled over Arriaga's vehicle for a DUI investigation. Soon a gunfight broke out and Singh fired back to try to defend himself, Christianson said.
The suspect then fled when backup officers arrived to assist Singh, who died at a hospital from gunshot wounds.
Christianson, whose department has been handling the case, told reporters at a news conference that Arriaga was in the U.S. illegally after previously crossing in through the Arizona border. It wasn't clear when that crossing occurred.
Authorities said they've also arrested Arriaga's other brother, Adrian Virgen, 25, and co-worker Erik Razo Quiroz, 27, accusing them of attempting to mislead investigators in the search for the suspect, according to Christianson. They were arrested for being accessories after the fact to a felony, the sheriff's office said in Facebook post.
Both men also were in the country illegally, Christianson said.
Arriaga's other brother Adrian Virgen (L), 25, and co-worker Erik Razo Quiroz, 27 were arrested after officials said they had attempted to mislead investigators in an effort to protect the suspect. (Stanislaus County Sherriff's Department)
Additionally, three people from Bakersfield were arrested. They were identified as Bernabe Madrigal Casteneda, 59; Ermasmo Villegas, 36; and Maria Luisa Moreno, 57, each charged on suspicion of aiding and abetting, the Modesto Bee reported.
On Thursday, Kern County Sheriff Donny Youngblood told reporters at a news conference that he'd been notified that the suspect was somewhere between Modesto and Bakersfield and was thought to be heading toward Mexico.
Surveillance teams set up in different communities, and authorities were able to obtain a search warrant for the residence where the suspect was located, Youngblood said. As a SWAT team moved in, the suspect came out with his hands up and surrendered, he added.

"When you use a firearm against a police officer, you can run but you can't hide."
— Kern County Sheriff Donny Youngblood

"When you use a firearm against a police officer, you can run but you can't hide," Youngblood said.
Officer Singh's handcuffs were later used on the suspect, according to the sheriff.
“For a suspect to take an officer’s life over a driving-under-the-influence, doesn’t make any logical sense to me, nor anyone else,” Youngblood said. “But no traffic stop and no contact in today’s world is run of the mill.”
The Stanislaus Sworn Deputies Association has established a memorial fund in Singh's honor.

Video
Singh was an immigrant, too, arriving legally from his native Fiji to fulfill his dream of becoming a police officer, authorities said. Singh joined the 12-officer Newman police force in July 2011.
He is survived by his wife and a 5-month-old son.
Newman Police Chief Randy Richardson called Singh a patriot.
"This is a man that loved his country. This is a man that worked hard for what he believed in. He believed in this community," the chief said at a community vigil Friday night honoring the officer.
Residents, friends, relatives and fellow officers held back tears as they eulogized Singh during the candlelight memorial.
Fox News' Elizabeth Zwirz, Greg Norman, William LaJeunesse and The Associated Press contributed to this report.
Source>https://www.foxnews.com/us/2-more-arrests-made-in-shooting-death-of-calif-police-officer-making-7-total-arrests
Posted by theodore miraldi at 9:22 AM