Ex-FBI Head May Be Most INCOMPETENT Director In History 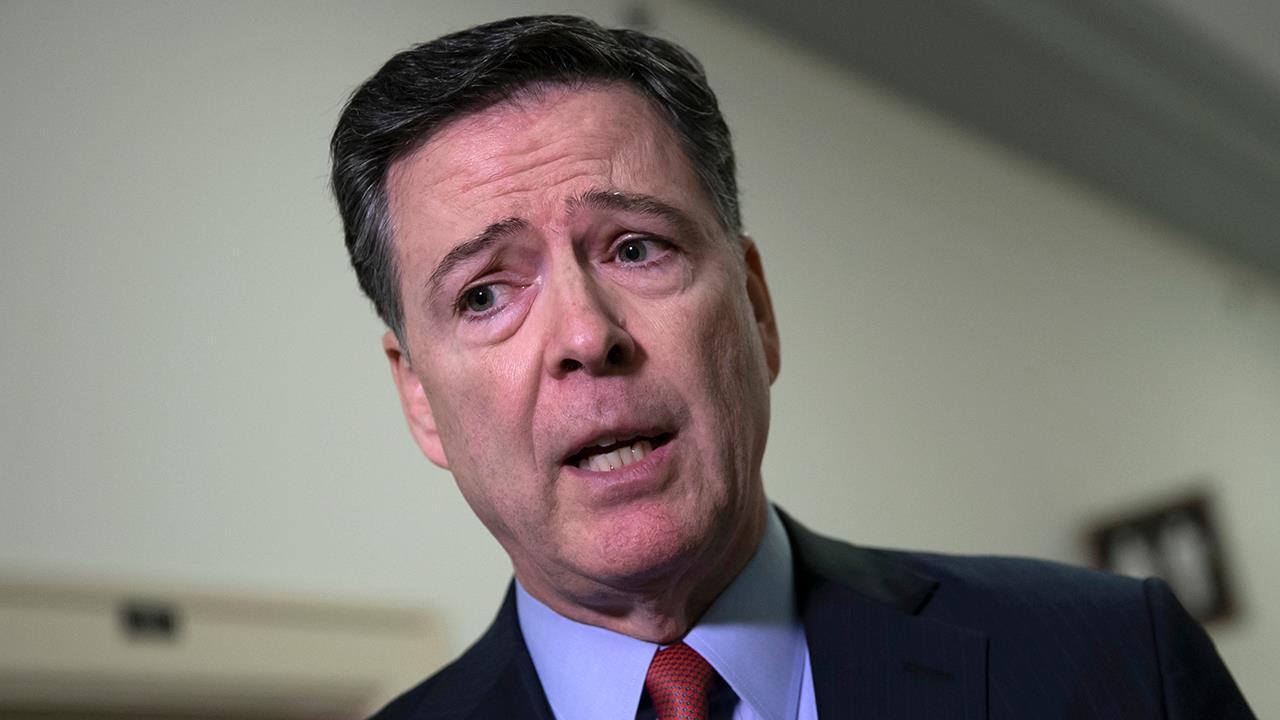 Only an audacious and arrogant man accuses others of lying when he is guilty of the same.
James Comey, the fired Director of the FBI, stood in front of the television cameras on Monday to accuse President Trump of “lying about the FBI, attacking the FBI, and attacking the rule of law in this country.”  This from the man who was fired for abusing his authority and usurping the power of the attorney general in the infamous Hillary Clinton email scandal.  As I wrote in my book, “The Russia Hoax,” “Comey’s lack of integrity and defiance of rules and principles of law were his downfall.  His unchecked ambition and desire to thrust himself into the public limelight only exacerbated his mistakes of judgment and deed.”
But don’t take my word for it.  Read the 500-page report by the Justice Department’s Inspector General who cited Comey for his bias, insubordination and unprofessionalism.  Or read the Department of Justice’s (DOJ) scathing critique of Comey that was endorsed by six former Attorneys General and Deputy Attorneys General from both political parties.  It is a damning indictment of how Comey committed multiple acts of misconduct and “refused to accept the nearly universal judgment that he was mistaken.”
To this day, Comey refuses to accept responsibility for his misdeeds.  Instead, he shifts blame to others or attempts to cover it up.  When confronted with uncomfortable evidence he pretends, as he did more than 200 times in his December 7, 2018 congressional testimony, that “I don’t know” or “I don’t remember.”  His amnesia is, quite literally, unbelievable.
He can’t recall who drafted the document that launched the Trump-Russia investigation.  He claimed he never knew as FBI Director that Clinton, Fusion GPS, and the Democratic National Committee were all responsible for the anti-Trump “dossier.”  As for Bruce Ohr’s role at the Department of Justice in peddling the document, Comey replied, “I don’t know anything about that.”  Comey testified he hardly knew anything about the involvement of Christopher Steele, the former British spy who composed the phony “dossier.”  He said he didn’t know when the FBI fired Steele for lying. Right.
Nevertheless, Comey was all too willing to use the “dossier” as a pretext to spy on a Trump campaign associate, Carter Page. As FBI Director, he affixed his signature to the warrant application, even though he and bureau agents never verified the authenticity and veracity of that document.  In the process, Comey and others concealed vital evidence and deceived the FISA court.
Comey’s amnesia is either a clever feint or he is the most clueless and incompetent director in the history of the FBI.  I’m betting on the former.  Comey has become the master of deception and prevarication.  Who can forget his admission of lying while hawking his book on the television show, “The View.”   Comey said, “Good people lie.  I lay out, I think I’m a good person, where I have lied.”  In truth, his book only scratches the surface of the many lies, assuming you can wade through the self-adoration and inflated sense of rectitude.

Comey is not the heroic or noble figure that he imagines.

As I’ve noted before, “Comey loves to sermonize about lies and lying people. This is perversely ironic coming from a man who, more than anyone else, is responsible for the most notorious hoax in modern American history.”  There was no credible evidence and, hence, no legal basis to justify the Trump-Russia investigation when Comey opened it in July of 2016.  According to those who attended a recent closed-door deposition of the FBI’s lead lawyer in the Russia case, Lisa Page admitted that the FBI had discovered no evidence of a crime which is a legal prerequisite for invoking the special counsel.
But that did not stop Comey from filching presidential memos, delivering them to a friend who then leaked them to the media for the sole purpose of triggering the appointment of a special counsel who just happened to be his long-time friend and ally, Robert Mueller.  In an interview on Fox News, Comey insisted it was “not a leak.”  Really?  Then what was it?
In the same interview, Comey insisted he never told Congress that the FBI agents who interviewed former National Security Adviser Michael Flynn determined he was not lying. Yet, documents show that Comey did tell lawmakers that agents concluded Flynn did not lie.
Congress has been investigating numerous statements made by Comey that are beyond credulity. Comey was asked, under oath, by the House Judiciary Committee if he decided to clear Clinton before or after she was interviewed by the FBI.  He testified “after.”  Yet documents uncovered by the Senate Judiciary Committee belie his testimony.  A full two months before the FBI ever interviewed Clinton, Comey began drafting the statement he used to exonerate her.
Comey also testified that he never authorized anyone at the FBI to leak information to the media. His top deputy, Andrew McCabe, is on record stating that Comey did, indeed, authorize such a leak and that the former director is not telling the truth.
Comey is not the heroic or noble figure that he imagines. He twisted the facts and contorted the law to clear Clinton. He launched an investigation of Trump without legally sufficient evidence. He deceived the FISA court by withholding evidence in order to wiretap a Trump campaign associate. He misappropriated government documents and leaked them to the media to precipitate an illegitimate special counsel investigation.  And he has repeatedly given false or misleading statements to both Congress and the media.
As FBI Director, Comey betrayed the public trust.
Thomas Jefferson once wrote, “He who permits himself to tell a lie once, finds it much easier to do it a second and third time, until at length it becomes habitual; he tells lies without attending to it, and truths without the world’s believing him.”
James Comey may be the only one who believes the stories he’s selling.
Source>https://www.foxnews.com/opinion/gregg-jarrett-james-comey-may-be-the-only-one-who-believes-the-stories-hes-selling
Posted by theodore miraldi at 7:41 AM