Geraldo Rivera: Migrants at Our Border DESERVE Our Kindness

Children in Appalachia and Our Inner Cities Deserve Our Kindness. No-one Violating our Laws should Demand Entry under False Pretense. I would think Geraldo and his Coharts could rap their Bias Heads around 22 Million Illegals. Apparently not! They use every Pathos available to get their way, no matter the Consequencies to American Taxpayers, and yes, their Children...tmiraldi 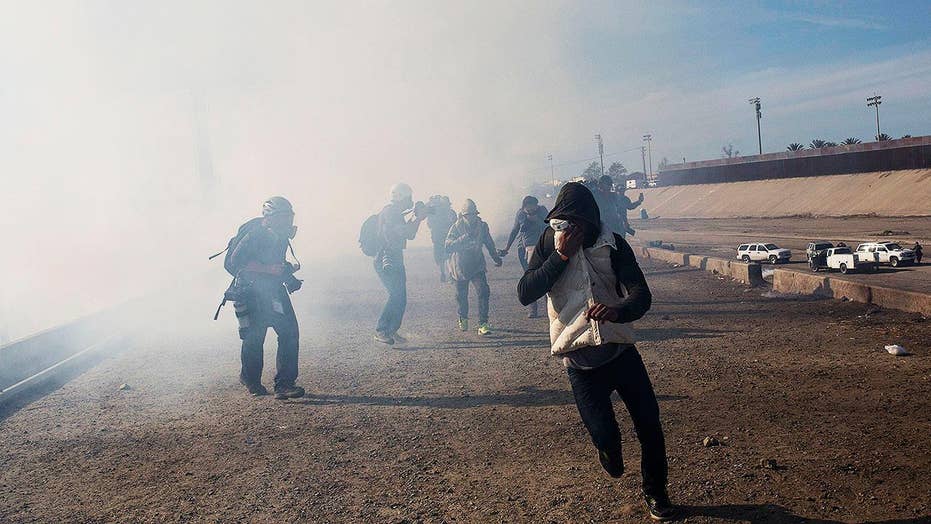 
The first guest on my first network talk show was Cesar Chavez, the already legendary leader of the United Farm Workers. Back then, in July 1973, he was already a champion of undocumented immigrants, but his compassion for them was a recent phenomena. Just five years before, in 1968, Chavez had enlisted the support of presidential candidate Robert F. Kennedy “to remove wetbacks who are being recruited to break our strike.”
It took Cesar and Bobby half a lifetime to understand the need to treat the undocumented with kindness, and to figure out their place in the American economic system. So how can I be mad at anyone fearful of the migrant caravan today? I totally understand that millions of Americans still view the thousands squatting in squalor in Tijuana as a menace to society.
They are not. Rather, they are desperate economic refugees looking for a job and a guarantee that their children will not be forced into prostitution or an equally short, brutal life in a gang. That is it. That is why they walked 2,500 miles, and now wait with dwindling hope for an interview with a U.S. official who will start the process of adjudicating their probably unwinnable claim of political asylum.
Eventually, most of them will be forced to return to their homes in Central America. There is little room in our system for those seeking to use our asylum system in search of a better-paid life.

"We are a country of immigrants. We owe a special duty to those who for generations have been coming and going over our shared border."

Once they are back home, because their reality will be unchanged, they will try again to come to the United States, where safe, well-paid jobs are easily available as our economy hums along at its torrid pace. They will come to mow our lawns, work in our restaurant kitchens, deliver our pizza, and pick our fruits and vegetables. They are largely law-abiding and hardworking, and they will come again.
Their dogged ambition to take care of their families is a good argument to fund President Donald J. Trump’s wall. It will not stop the professional smugglers, and it will not stop the fit and eager young men who make up a majority of the caravan. But it will stop many of the mothers and children, and the elderly and infirm, from crossing.
It is conceivable that Trump’s wall will stabilize the problem at our southern border in the same way the wall separating Israel from the Palestinian Territories has dramatically reduced cross-border attacks.
Then what?
First of all, President Trump must urge congress to pass a tailored and obtainable immigration reform bill. In this bill (which I could draw up in an hour), the president would get a hefty down payment on his wall. In an act of great compromise, he and Senate Republicans would simultaneously announce their support for blanket amnesty for the hundreds of thousands of immigrant DREAMers – the youngsters who were brought here illegally at a young age through no fault of their own.
The president should also ask Immigration and Customs Enforcement (ICE) to stand down during the period of intense negotiation, and he should announce talks with Mexico’s new president, Andrés Manuel López Obrador, to restart the “bracero” program, wherein hundreds of thousands of temporary Mexican workers were flown in to work on an as-needed basis.
All of this should be done as we announce support for the rehabilitation of the Central American nations that keep sending us their hungry sons and daughters.
We are a country of immigrants. We owe a special duty to those who for generations have been coming and going over our shared border.
Source>https://www.foxnews.com/opinion/geraldo-rivera-migrants-at-our-border-want-a-better-life-and-deserve-our-kindness
Posted by theodore miraldi at 4:53 PM