MAYOR: I Did The Right Thing WARNING Illegals Of Ice RAID

Sorry to Say, but there appears to be lots of Crazy Women In California. Must be their Higher Horality than the rest of us!
...tmiraldi 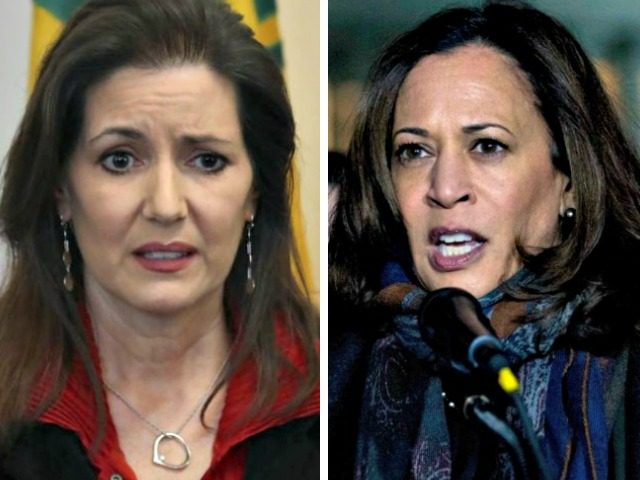 Oakland Mayor Libby Schaaf -- who once warned Northern California residents about an impending ICE raid -- said she has “no regrets” for her actions and said the federal immigration agency “has gone astray.”
“I have no regrets, none. The more time goes by, the more certain I feel that I did the right thing in standing up for our community and pointing out our values are not aligned with our laws,” Schaff told BuzzFeed in an interview. “That’s hopefully the message that is sent out.”

"I have no regrets, none. The more time goes by, the more certain I feel that I did the right thing in standing up for our community and pointing out our values are not aligned with our laws."— Oakland Mayor Libby Schaaf

Schaaf also slammed federal immigration authorities, saying that Immigraion and Customs Enforcement should be abolished. “This agency has gone astray and has so broken the trust, particularly in cities like mine, I believe we would all be better served to start from scratch,” she said.
The Oakland mayor, a Democrat, made headlines in February after she took an unprecedented stand against the Trump administration's crackdown on illegal immigration. 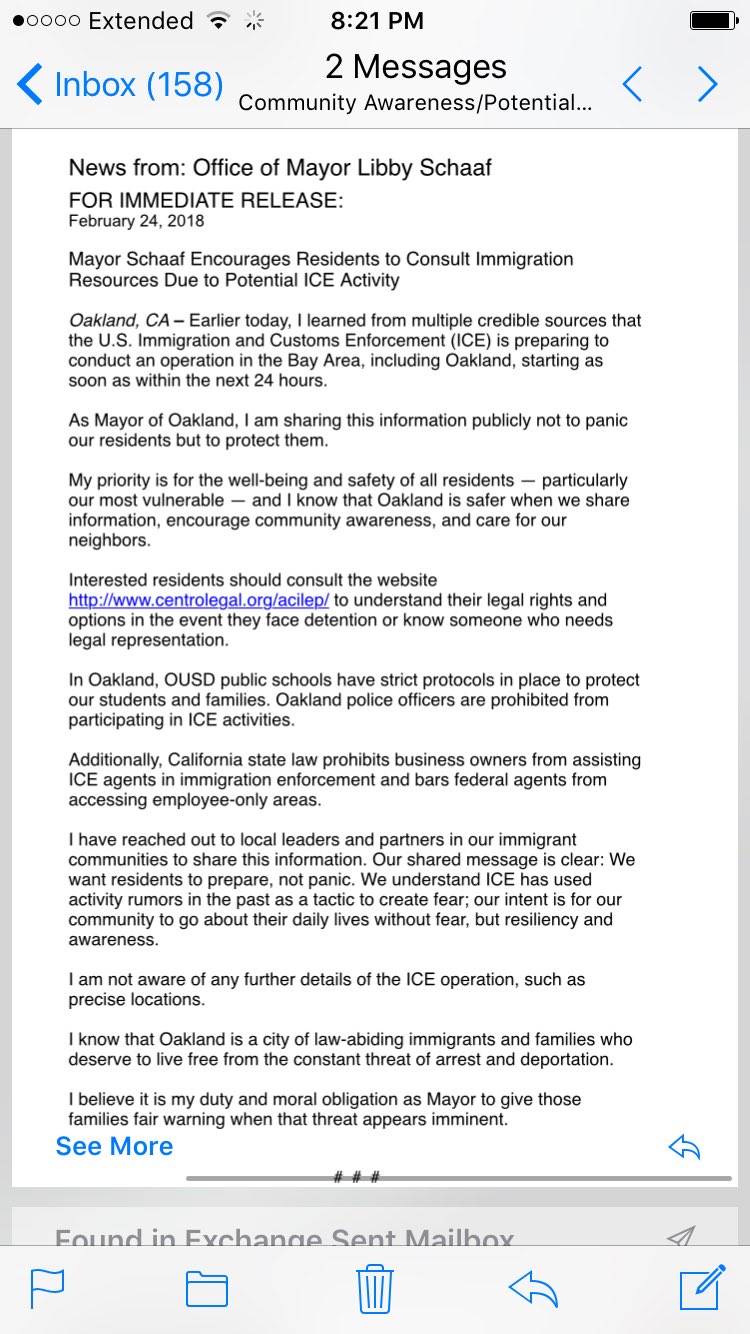 2,419 people are talking about this
Twitter Ads info and privacy
She posted a warning on Twitter claiming the immigration agency was “preparing to conduct an operation in the Bay Area, including Oakland.”
According to ICE, following the mayor’s warning, 150 people were arrested for violating U.S. immigration laws in the San Francisco Bay Area, but nearly 900 illegal immigrants remained “at large in the community” as they couldn’t be arrested.
DOJ LOOKING INTO POSSIBLE OBSTRUCTION CHARGE AGAINST OAKLAND MAYOR WHO WARNED OF ICE RAID

Video
“What she did is no better than a gang lookout yelling ‘Police!’ when a police cruiser comes in the neighborhood, except she did it to a whole community,” then-acting ICE Director Thomas Homan told "Fox & Friends."
“There's over 800 significant public safety threat criminals ... that we are unable to locate because of that warning, so that community's a lot less safe than it would've been,” he added.

"What she did is no better than a gang lookout yelling ‘Police!’ when a police cruiser comes in the neighborhood, except she did it to a whole community."
— then-Acting ICE director Thomas Homan

Schaaf justified her move at the time that she felt it was her moral responsibility to give people a warning about the threat of being detained or deported.
She told BuzzFeed that her decision to warn illegal immigrants was also influenced by her special assistant Karely Ordaz, a DACA recipient, who told her after the 2016 election that the immigrant communities always live in fear. DACA refers to Deferred Action on Childhood Arrivals, an Obama-era program for delaying the deportations of children whose parents entered the U.S. illegally.
“I thought, this information is not going to panic people. People live in a state of panic, we have neighbors, co-workers, people we sit next to in the church pews that live in this constant state of fear and yet it is invisible to us, because it is a status they don’t wear,” Schaaf said.
“How could I live with myself if it came to be that my sharing this information could have kept a family together?”
Source>https://www.foxnews.com/politics/anti-trump-oakland-mayor-who-tipped-off-illegal-immigrants-of-ice-raid-says-she-has-no-regrets
Posted by theodore miraldi at 8:18 AM