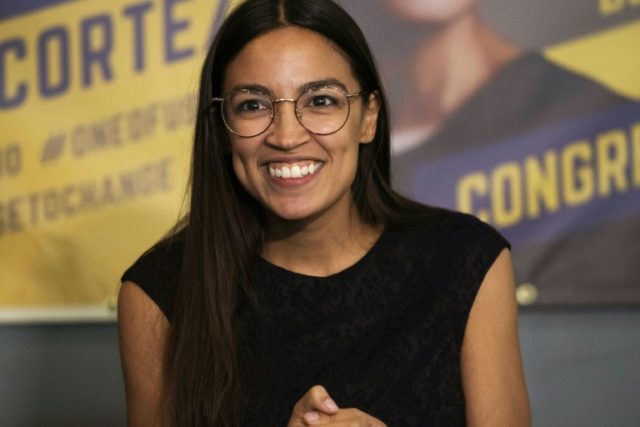 Alexandria Ocasio-Cortez‏Verified account @Ocasio2018
Joy to the World! Merry Christmas everyone - here’s to a holiday filled with happiness, family, and love for all people.


Democrats have been highly critical of President Trump's immigration policies, which aim to limit asylum seekers, refugees and migrants.
In the run-up to the midterm elections, Trump frequently focused his ire on a migrant caravan largely made up of refugees making its way toward the United States, claiming that its members were criminals, terrorists and disease carriers.
Trump is at loggerheads with Democrats over funding for his proposed border wall, an issue that led to a funding lapse for a quarter of the government and a partial shutdown now in its fourth day.
Ocasio-Cortez grabbed the national spotlight when she defeated Rep. Joseph Crowley (N.Y.), a member of the Democratic leadership, in a primary election earlier this year.
Source>https://thehill.com/homenews/house/422826-ocasio-cortez-sends-christmas-greeting-to-refugee-babies-in-mangers
Posted by theodore miraldi at 10:25 AM