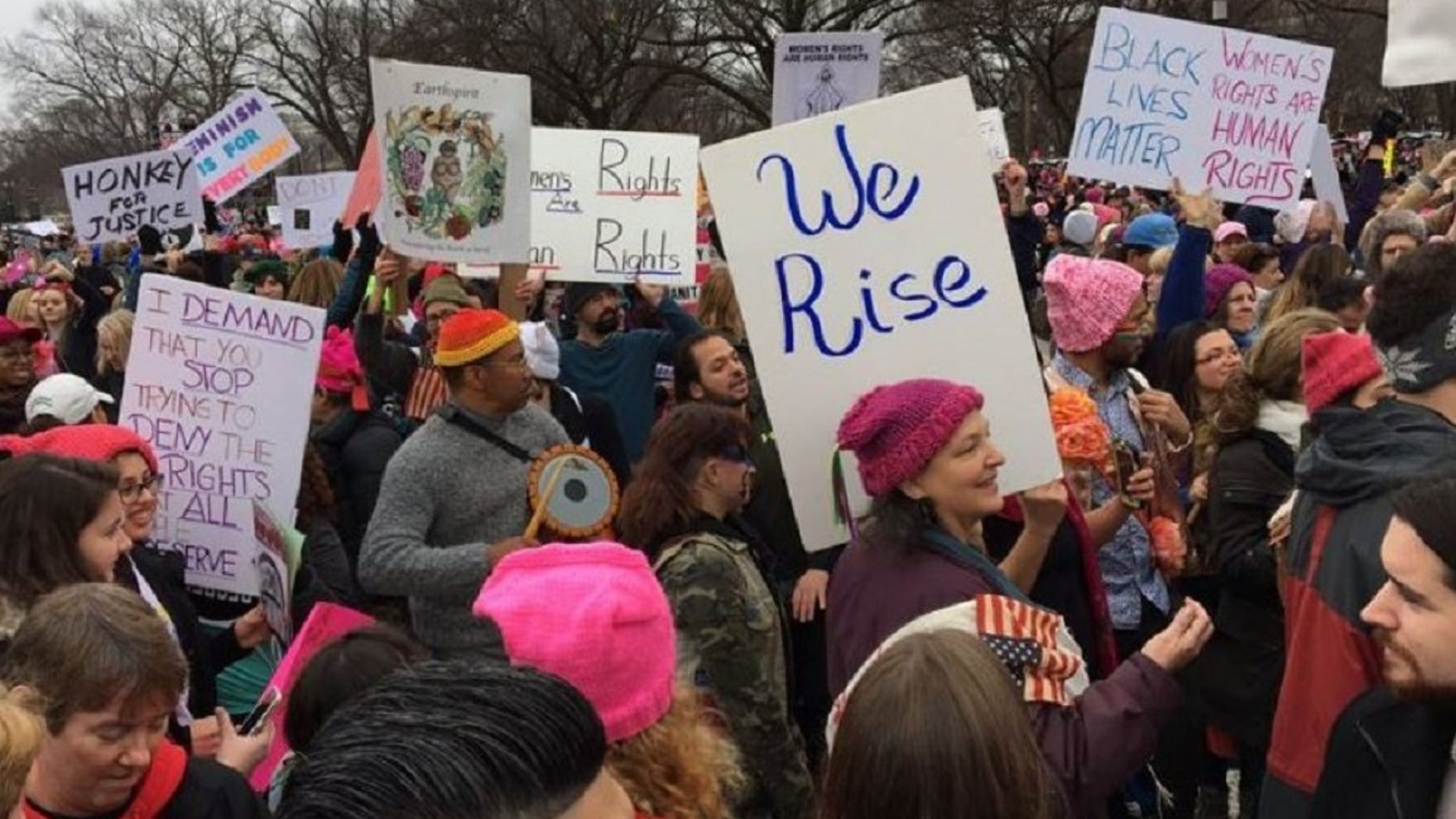 Protesters gather on the National Mall in Washington. in the first Women's March in Jan. 21, 2017. (Fox News)


Organizers of a Women’s March rally slated for Northern California next month have canceled the event, saying they were concerned that participants would have been “overwhelmingly white."
In a news release, organizers for the march in Eureka – about 270 miles north of San Francisco – said Friday the "decision was made after many conversations between local social-change organizers and supporters of the march.”
“Up to this point, the participants have been overwhelmingly white, lacking representation from several perspectives in our community,” the news release continued.
CLICK HERE TO GET THE FOX NEWS APP
According to Census Bureau data from July, Humboldt County, where Eureka is the county seat, is 74 percent non-Hispanic white.

Video
“I was appalled to be honest,” Amy Sawyer Long told the Washington Times. “I understand wanting a diverse group. However, we live in a predominantly white area … not to mention how is it beneficial to cancel? No matter the race people still want their voices heard.”

“I understand wanting a diverse group. However, we live in a predominantly white area … not to mention how is it beneficial to cancel? No matter the race people still want their voices heard.”
— Amy Sawyer Long

The rally, which had been planned for Jan. 19, would have commemorated the third anniversary of the original Women’s March, which was held Jan. 21, 2017, the day after President Trump took office.
The group said it is exploring shifting the rally to March to celebrate International Women’s Day.
The Women’s March movement has been marred by complaints from some black and Latina women, who've raised concerns that their input is often disregarded or overlooked, the New York Times reported.

Video
The cancellation of the march in California follows a previous one in Chicago.
Women's March organizers in that city cited high costs and limited volunteer hours as reasons for nixing the annual rally, the Chicago Tribune reported.
“There’s no march, there’s no rally,” said Sara Kurensky, Women’s March Chicago board member. “We’re going to provide ways for people to organize and take action in their local communities.”
WOMEN’S MARCH LEADER CLAIMS SHE WAS KICKED OUT OF PROGRESSIVE GROUP FOR BEING JEWISH, REPORT SAYS
Meanwhile, the Women’s March national leadership has faced accusations of anti-Semitism because of ties to Nation of Islam leader Louis Farrakhan.

Video
In a speech in February, Farrakhan praised a Women's March co-President Tamika Mallory and declared “the powerful Jews are my enemy.”
Leaders of Women’s March Inc. have come under scrutiny for not condemning Farrakhan’s rhetoric fast enough. The Nation of Islam is considered a hate group by the Southern Poverty Law Center.
ALYSSA MILANO WON’T SPEAK AT WOMEN’S MARCH UNLESS ORGANIZERS CONDEMN LOUIS FARRAKHAN
Earlier this month, a Washington state chapter of the Women's March disbanded in protest because of the national group's links to anti-Semitism.
Marches and rallies are still planned for Jan. 19 in Washington, D.C., and dozens of other cities nationwide and internationally.
Source>https://www.foxnews.com/politics/organizers-cancel-womens-march-in-northern-california-because-its-too-white
Posted by theodore miraldi at 11:08 AM