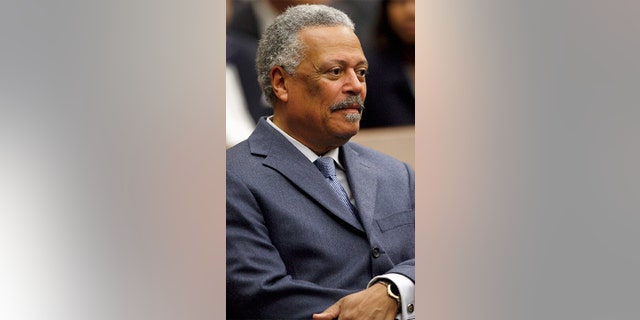 But not included in the filing was an original 302 from the period of the January 2017 Flynn interview.

It's unclear whether the document exists. However, the Strzok interview file appeared to repeatedly refer to a 302 drafted after the Flynn interview. "Strzok conducted the interview and [REDACTED] was primarily responsible for taking notes and writing the FD-302," one section said. Another said that throughout the interview, Flynn did not give any indication of deception and only hedged once, "which they documented in the 302."
James Trusty, a former senior Justice Department official who now works as a criminal defense attorney at Ifrah Law, predicted Sullivan would notice that the 302 submitted Friday is dated seven months after the Flynn interview took place.
“Judge Sullivan has a well-established history of taking on discovery issues head-on,” Trusty said. “So providing a seven-month-old FBI 302 is absolutely going to be a red flag for the judge, and I can’t imagine there are not going to be questions tomorrow about whether there are contemporaneous notes, or a contemporaneous report, that is in the FBI’s possession.”
Speculation about Sullivan's thinking in the Flynn case is widespread considering he threw out the 2008 conviction of the late Sen. Ted Stevens after government misconduct came to light. Sullivan technically has the authority to toss Flynn’s guilty plea and the charge against him if he concludes the FBI interfered with Flynn’s constitutional right to counsel, though he has given no indications that he intends to do so.

Video
Strzok was removed from the Russia probe in late July 2017 -- just days after he apparently gave the interview that formed the basis for the 302 in Mueller's filing -- for his apparent anti-Trump bias. No audio recording or other documentation of Flynn's comments to the FBI have been produced.
“If a private litigant had not produced a document like this for a federal judge, he would be held in contempt,” former U.S. Attorney Joseph diGenova told Fox News on Monday. “The failure to turn over the single most important document in the Flynn case shows an effort to cover up unethical, unprofessional and illegal conduct by the office of special counsel.”
DiGenova, who unofficially has advised President Trump throughout Mueller’s investigation, told Fox News that the absence of the original 302 was “an insult to the court.”
“I have no idea what Sullivan is going to do, but I have faith in him as a fine jurist who will do the right thing,” diGenova said.
But despite the references in the filing to another 302, it's unclear what other documents may exist.
“It could have been the kind of interview they didn’t feel the need to create a 302 for if at the time, they didn’t feel it was an investigative interview,” said Chris Swecker, the former head of the FBI’s Criminal Division under then-FBI Director Mueller. He also speculated that if the document exists, it wasn't shared because it could be “completely classified.”
He added, though, that “it’s not the way you would expect to see the FBI do business,” calling the lack of the original document “a very unusual situation.”
Flynn’s January 2017 interview took place before Mueller was appointed special counsel—which did not occur until May 17, 2017, one week after then-FBI Director James Comey was fired.

Video
Last week, Comey was asked how the FBI agents ended up at the White House to interview Flynn in the first place. Comey’s response provided new details about the circumstances that fueled criticism of the bureau’s conduct:
“I sent them,” Comey said in a panel discussion with MSNBC’s Nicolle Wallace, and added that it was “something I probably wouldn’t have done or maybe gotten away with in a more…organized administration.”
The interview was arranged directly with Flynn, he explained, acknowledging this was not standard procedure.
“If the FBI wanted to send agents in to the White House itself to interview a senior official, you would work through the White House counsel, and there would be discussions and approvals of who would be there,” Comey said, describing how things normally would work.
Regarding his decision to bypass those steps, he said: “I thought: It’s early enough, let’s just send a couple guys over.”
Flynn is slated to appear in federal court on Tuesday for his sentencing hearing, which previously was delayed four times.
Fox News' Alex Pappas and Gregg Re contributed to this report.
Source>https://www.foxnews.com/politics/missing-flynn-document-in-mueller-file-could-rile-judge-in-sentencing-hearing
Posted by theodore miraldi at 5:10 PM