Trump, Russia and Lessons From the MOB: Did ‘GODFATHERS’ Steer COLLUSION Probe? 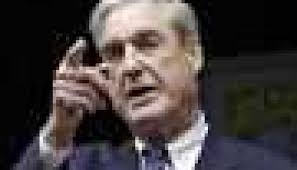 
Back in the mafia’s heyday, FBI and IRS agents had a set of surveillance rules.
If one mobster showed up in town, pay notice. If two arrived, be suspicious. If three or four were in the same vicinity, something was going down.
And if five or more headed to the same neck of the woods, a meeting of consiglieri or La Cosa Nostra’s council was likely happening. (This, because there were always five families in New York and some adjunct families elsewhere that made up the council’s leadership.)
There also was another rule of thumb: Mobsters would always have the same calling card, or excuse, to be in town. Attending a funeral (the mid-1980s mob meeting in Chicago) or a vacation in the sticks (the infamous 1957 gathering in upstate New York) were some of the more memorable ones.
Early in my reporting that unraveled the origins of the Trump-Russia collusion probe, tying it to Hillary Clinton’s campaign and possible Foreign Intelligence Surveillance Act (FISA) abuses, I started to see patterns just as in the old mob meetings: FBI or intelligence-connected figures kept showing up in Trump Town USA during the 2016 campaign with a common calling card.
The question now is, who sent them and why?
Interviews with more than 50 witnesses in the Trump case and reviews of hundreds of pages of court filings confirm the following:
The recipients of these overtures are all household names, thanks to the infamy of the now very public probe — Paul Manafort, Donald Trump Jr., Michael Cohen, Carter Page, George Papadopoulos, Michael Flynn, Sam Clovis and Roger Stone, to name a few.
Some of the instigators of the contacts have been acknowledged in public: Professor Stefan Halper, Russian businessman Hank Greenberg, former MI6 agent Christopher Steele and former FBI informer Felix Sater, who is “Individual 2” identified in the Cohen plea deal this week.
Others I identified through interviews, but U.S. officials have asked me to keep them private to avoid compromising their identities or nexus to intelligence and law enforcement work.
The chances that so many would converge into then-candidate Donald Trump’s circle, in such a short period around an election, are about as rare as winning the Mega Millions lottery. In other words, most were not coincidences. A few, maybe, but not all.
And that leaves the biggest question: Who dispatched or controlled each emissary?
At least two important bodies in Congress — the House Intelligence and Senate Judiciary committees — demanded to be secretly briefed on payments to “undercovers.” They’ve been pretty tight-lipped since, except to express concerns that the public would be alarmed by what was divulged.
From those members of Congress, we can deduce that some of the contacts that occurred in 2016 were related to the political opposition, anti-Trump research funded by the Democratic Party and the Clinton campaign and driven by Steele and his Fusion GPS employer. That work became known as the Steele dossier.
Others of the contacts appear to have been instigated by Western allies, such as an Australian diplomat’s barroom conversation in May 2016 with Papadopoulos.
And the rest are likely to have come from the FBI itself, which clearly dispatched informers, agents and other operatives to gather evidence to bulk up the uncorroborated Steele dossier, so agents could get a FISA warrant in October 2016 to spy on Page, the Trump campaign adviser.
For a long time, most members of Congress have defended the FBI’s use of informants in the Trump probe. But there’s been a recent change in the tone of some early defenders.
House Speaker Paul Ryan (R-Wis.) recently told me he believes there may have been abuses of the FISA process. House Judiciary Committee Chairman Bob Goodlatte (R-Va.) made similar comments, suggesting the FBI may have withheld exculpatory evidence it had gathered from its informers.
And House Intelligence Committee Chairman Devin Nunes (R-Calif.) went further than anyone else just last week, suggesting the effort to gather evidence beyond the Steele dossier might be the most problematic of all because it was designed to be a political “insurance policy” against Trump winning the presidency.
The evidence-gathering for the “insurance policy” was “not only phony but, I think, as concerning as, if not more concerning than, the original information used in the Christopher Steele dossier,” Nunes disclosed on Sean Hannity’s Fox News TV show last week.
If this were a mob case, agents would not stop until they knew why each character appeared and who sent them. President Trump can help answer many, if not all, unanswered questions by declassifying the documents as he promised months ago. Congressional leaders and the Justice Department can impose accountability based on what is disclosed.
The American people deserve to know how much of the Trump-Russia probe was the result of agent provocateurs and political muckrakers and FISA cheaters, and how much was legitimate law enforcement work.
THE VIEWS EXPRESSED BY CONTRIBUTORS ARE THEIR OWN AND NOT THE VIEW OF THE HILL
*John Solomon is an award-winning investigative journalist whose work over the years has exposed U.S. and FBI intelligence failures before the Sept. 11 attacks, federal scientists’ misuse of foster children and veterans in drug experiments, and numerous cases of political corruption. He is The Hill’s executive vice president for video.
Source>https://thehill.com/opinion/white-house/419193-trump-russia-and-lessons-from-the-mob-did-godfathers-steer-collusion
Posted by theodore miraldi at 9:39 AM