Trump's Border WALL May Get FUNDING After All

(Thanks to this dirty little Washington secret) 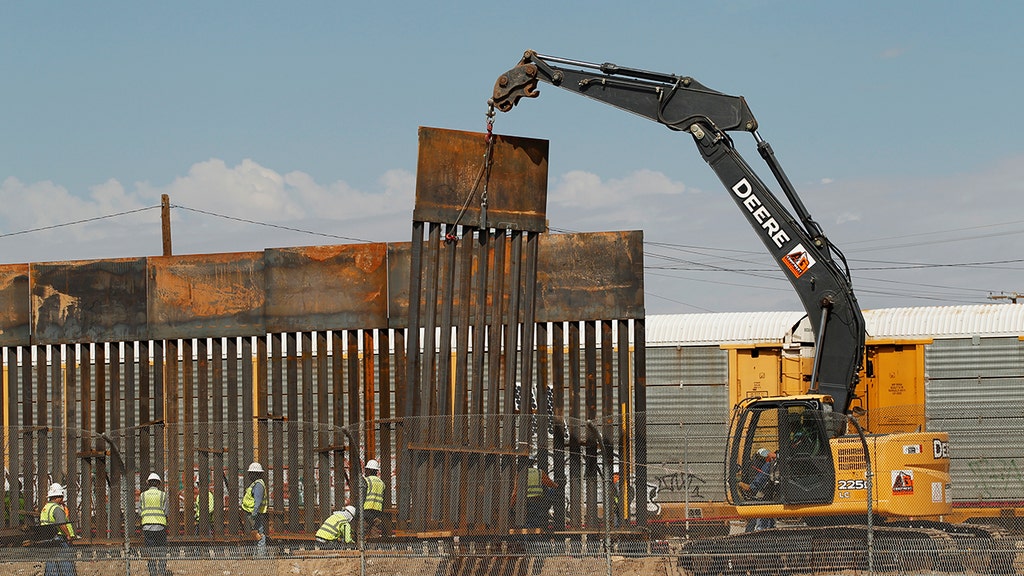 Can the government spend money that has not been specifically authorized by Congress? In theory – no. In practice? Absolutely.
Each year the government spends hundreds of billions of dollars on things that are not specifically authorized by Congress. Both Democrats and Republicans have been complicit in this practice.
President Donald Trump, to his credit, has worked hard to get his wall funding properly authorized. But he may ultimately do exactly what presidents before him have done: take advantage of the broken Congressional process.
Washington’s dirty little secret is that unauthorized spending is not even uncommon anymore. As a freshman member of Congress, this truth stunned me – and I was not alone. By my estimation, there were many in the body who disapproved of the practice. But to our disappointment, the body as a whole was not inclined to address the issue.
The Democrats may feign exasperation with the president potentially spending “unauthorized” money on the wall, but they have enthusiastically participated in the budgetary games that will make it possible. During the Obama administration, the nonpartisan Congressional Budget Office (CBO) estimated $310 billion was spent on unauthorized appropriations in FY 2016 – the last fiscal year of his presidency.
The federal budget is enormous – more than $4 trillion each year, of which roughly $1 trillion is discretionary. It is Congress’s job to authorize programs and appropriate funds for them from this $1 trillion.
However, the budget categories under which programs are authorized and funds are appropriated are very broad, and since Congress doesn’t pass specific language about every last dollar’s use, discretionary funds are inevitably used for things that Congress never specifically funds.
This is how the executive branch often gets the money it needs to do things that Congress won’t formally authorize. It finds money that has been either broadly appropriated or appropriated to a program that is expired and redirects it to a related program or purpose of its choosing.
Each year the CBO attempts to track these unauthorized expenditures. In July 2018, it reported this: “CBO has identified 1,035 authorizations of appropriations that expired before the beginning of fiscal year 2018. Those authorizations appeared in 261 different laws and, when most recently in effect, authorized a combined annual total of $168 billion for certain agencies, programs, or functions. By CBO’s estimate, $318 billion has been appropriated for fiscal year 2018 for those agencies, programs, or functions.”
It is my belief that this practice affords a president far too much flexibility to substitute the administration’s priorities for those of Congress. Constitutionally, the budget is to be set by the people’s representatives, not by the president.
During the appropriations process, members regularly attempt to insert language limiting how the administration can spend money during the fiscal year. But these efforts often fail for two reasons.
First, Congress continues to appropriate money by continuing resolution, which just extends an existing spending bill and therefore doesn’t include these limitations. Second, the creativity of every administration stretches much further than any limitations Congress can impose.
While the broken budget process may benefit President Trump in his efforts to build the wall, it is still a broken process. We should be talking about how to fix it. Many of us believe there should not be a separate appropriations committee that regularly bypasses the work of the authorizing committees.
Until that changes, the spending will continue to be inconsistent with what is actually authorized by law.
Source>https://www.foxnews.com/opinion/jason-chaffetz-trumps-border-wall-may-get-funding-after-all-thanks-to-this-dirty-little-washington-secret
Posted by theodore miraldi at 4:46 PM