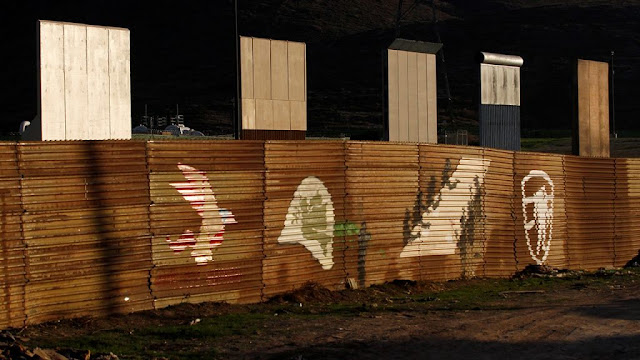 
CNN has once again shown us they’re proud to wear their fake news credentials like a badge of honor.
This time they asked the independent San Diego TV station KUSI for a local view of the effectiveness of the border wall, but when they reportedly didn’t like the local view they opted for a change of scenery.
They were likely expecting a story fueled by anti-Trump rhetoric, complete with the overused and ever-popular liberal “manufactured crisis” talking point. Or maybe they wanted someone else to come on their network and smugly downplay the crime and tragedy that’s come to families at the hands of criminal illegal aliens because our government has failed to secure our border.
SAN DIEGO STATION CLAIMS CNN ASKED FOR LOCAL BORDER WALL PERSPECTIVE, BUT BACKED OFF WHEN RESPONSE FAVORED TRUMP
However, what KUSI reportedly offered them was another perspective, something the media used to call journalism.
It was an offer CNN was all too happy to refuse.
According to KUSI, CNN declined their report once they found out that the station’s past reports actually outlined the effectiveness of the border wall. Yes, you read that right.
KUSI tweeted: “Thursday morning, @CNN called the KUSI Newsroom asking if a reporter could give them a local view of the debate surrounding the border wall and government shutdown. After we informed them about our past reports, they declined to hear from us.”
The reporter KUSI is referencing is Dan Plante, who’s done multiple stories on the border. One of his reports from 2016 was posted on the Drudge Report and tweeted by former House Speaker Newt Gingrich.
In his 2016 report, Plante spoke to Chris Harris from the National Border Patrol Council. In his report, Harris told him barriers are effective in conjunction with agents and infrastructure. Harris also told him that illegal immigrants would tell agents the reason they were coming over our southern border is because … wait for it … former President Obama said they could come. Yes, you read that right, too.
You don’t have to be an investigative reporter to connect the dots and figure out why CNN declined to talk to Plante.
On KUSI’s website, Mike McKinnon III, the TV station’s digital content manager wrote, “We believe CNN declined a report from KUSI because we informed them that most border patrol agents we have spoken to told us the barrier does in fact work.”
McKinnon was being kind. According to the border patrol, illegal immigrants thought they had a standing invitation from President Obama, and that’s why many even bothered to make the trek. CNN wasn’t about to go live with that.
McKinnon went on to say border patrol agents have said repeatedly that barriers help stop the flow of drugs and weapons into the country as well as people coming here illegally.
As do presidents who tell them not to come here illegally, apparently.
In a statement to Fox News a CNN spokesperson dismissed the incident as a "non-story."
"That happens many times every single day," the spokesperson told Fox News. "We did, however, book a reporter from KUSI for a story on immigration and the border wall on CNN in November. This is a non-story."
Now, there’s some news you can use, CNN. Instead, the network called it a “non-story” and took a nothing to see here approach. Much like their own, Jim Acosta did this week when he went to the southern border attempting to prove there was no national emergency and the border crisis was all “manufactured.”
As he stood next to a portion of the border that had a wall he called it “tranquil.” You could cut the irony with a knife.
Chuck Schumer and Nancy Pelosi’s “Green Acres” and American Gothic memes went on hiatus while Acosta’s tranquil border wall videos went viral.
White House Press Secretary Sarah Sanders took to Twitter and thanked Acosta for proving that “walls work,” and President Trump weighed in and mocked him tweeting, “Dear Diary.”
CNN’s new slogan is “Facts First” -- that’s after years of calling themselves “The Most Trusted Name in News.” No matter how they rebrand themselves it doesn’t make them any more believable.
CNN, along with many in the mainstream media, is intent on seeing President Trump fail more than it wants to see America secure.
In the words of a former San Diego anchorman: Stay classy CNN.
Source>https://www.foxnews.com/opinion/local-san-diego-tv-station-schools-cnn-on-reality-that-border-walls-worksan-diego-tv-station-schools-cnn-on-reality-that-border-walls-work
Posted by theodore miraldi at 11:23 AM