No Longer the Party of My Father, but a party of Dysfunctional, Morally Bankrupt Misfits who HATE America!
...tmiraldi 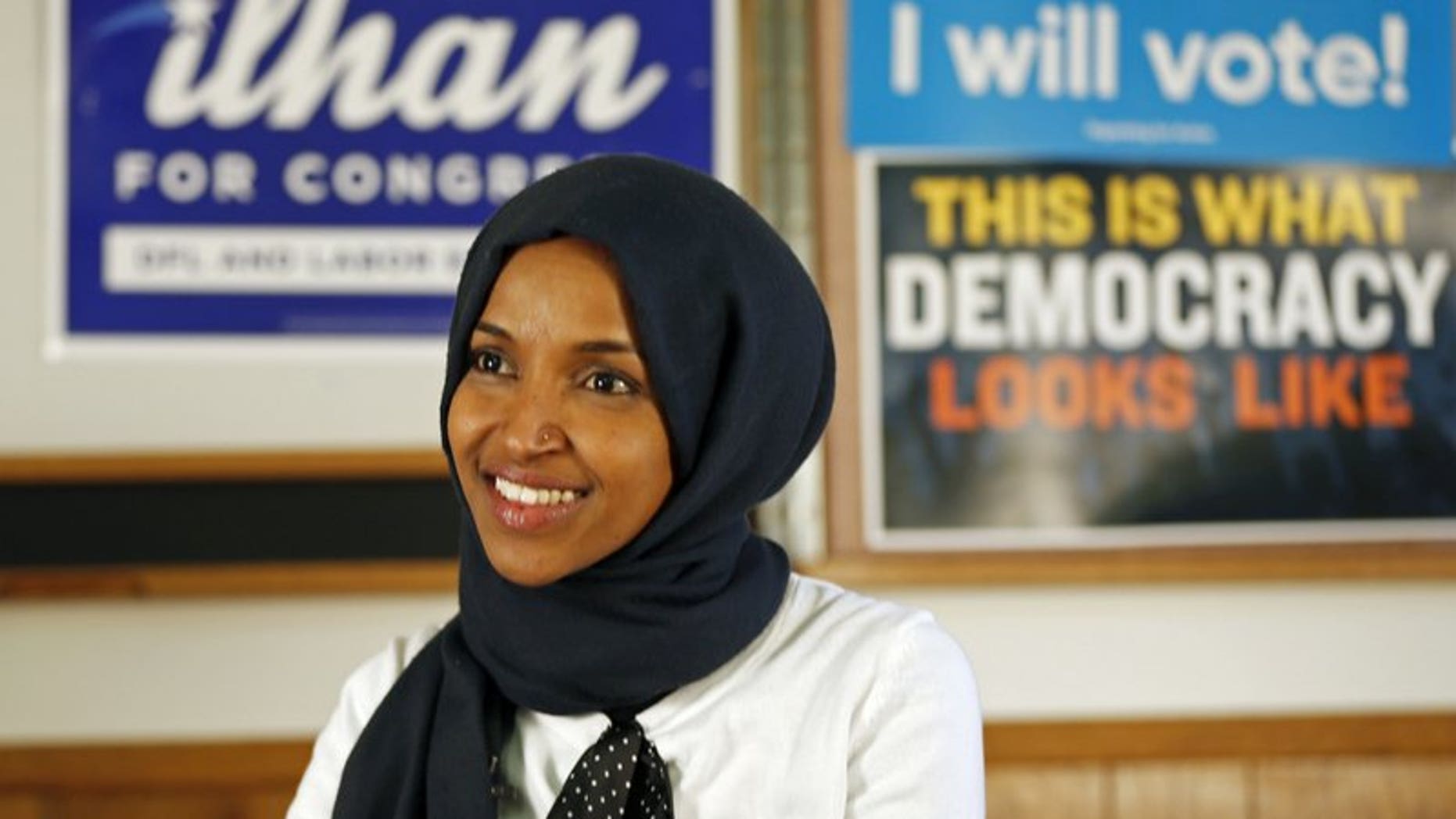 A hard-left Democrat from Michigan is facing backlash and accusations of homophobia after repeating baseless allegations pushed by MSNBC and liberal activists that Republican U.S. Sen. Lindsey Graham is somehow being blackmailed into supporting President Trump.
U.S. Rep. Ilhan Omar, a freshman lawmaker and close ally of Rep. Alexandria Ocasio-Cortez, D-N.Y., was condemned Tuesday after claiming Graham was “compromised.” Omar was responding to a video that suggested Graham pivoted from being a Trump critic to one of the president's biggest supporters in the Senate.
“They got to him, he is compromised!” Omar tweeted.

They got to him, he is compromised!


Qasim Rashid, Esq.
✔@MuslimIQ
I can’t even imagine what they have on Graham.

5,943 people are talking about this
MSNBC’S STEPHANIE RUHLE IMPLIES TRUMP IS BLACKMAILING LINDSEY GRAHAM OVER ‘SOMETHING PRETTY EXTREME’
The baseless remark came the same day that MSNBC anchor Stephanie Ruhle came under fire for implying that Graham was being blackmailed by Trump over “something pretty extreme.”
Just like Omar, Ruhle didn’t cite any evidence to support her claim. “It could be that Donald Trump or somebody knows something pretty extreme about Lindsey Graham,” Ruhle said before quickly ending the segment. "We're gonna leave it there."

Video
Harmeet K. Dhillon, a national committeewoman for the Republican National Committee, slammed Omar’s comment for bigotry: “Breathtaking bigotry, homophobia from a member of Congress. It's not funny, and puzzling why Dems get away with outdated stereotypes and dumb conspiracy theories like this.”
“Is this a reference to the prominent & pernicious homophobic rumor that is circulating the internet? Because I might expect that from a troll, but you’re a Congresswoman,” Jerry Dunleavy tweeted.
“Here's an elected representative promulgating the homophobic conspiracy theory, without evidence, that Lindsay Graham is a gay, blackmailed, shill,” writer Tiana Lowe seconded.

Breathtaking bigotry, homophobia from a member of Congress. It's not funny, and puzzling why Dems get away with outdated stereotypes and dumb conspiracy theories like this.

264 people are talking about this
The unfounded attacks on Graham -- who emerged as a leading pro-Trump voice and a superstar of the conservative movement following the confirmation of Justice Brett Kavanaugh -- have recently intensified, with progressive activists first floating the conspiracy theory about the senator.
LINDSEY GRAHAM: IT'S TIME FOR TRUMP ‘TO USE EMERGENCY POWERS TO FUND’ BORDER WALL
Jon Cooper, chairman of the Democratic Coalition, a super PAC created to defeat Trump in the 2016 presidential election, on Sunday pushed the unfiltered version of the conspiracy on Twitter.
He said Graham “is kowtowing to Trump (and indirectly Putin)” because he’s being blackmailed over “some pretty serious sexual kink,” according to an unnamed Republican he spoke with.

Video
Graham critics point out that the senator previously held a negative view of Trump, even calling him “a race-baiting, xenophobic, religious bigot” during the presidential campaign.
But since the election, Graham has seen eye-to-eye with Trump on many issues, though he recently criticized the president's decision to pull out troops from Syria.
CLICK HERE TO GET THE FOX NEWS APP
Graham denied rumors about sexual orientation in October after comedian Chelsea Handler attacked him in a homophobic tweet.
“She knows zero about me...[her tweets], I don't think they reflect well on her,” he told TMZ before adding, “To the extent that it matters, I'm not gay.”


Fox News’ Brian Flood contributed to this report.
Source>https://www.foxnews.com/politics/democrat-ilhan-omar-accused-of-breathtaking-bigotry-after-saying-lindsey-graham-is-compromised
Posted by theodore miraldi at 7:54 AM