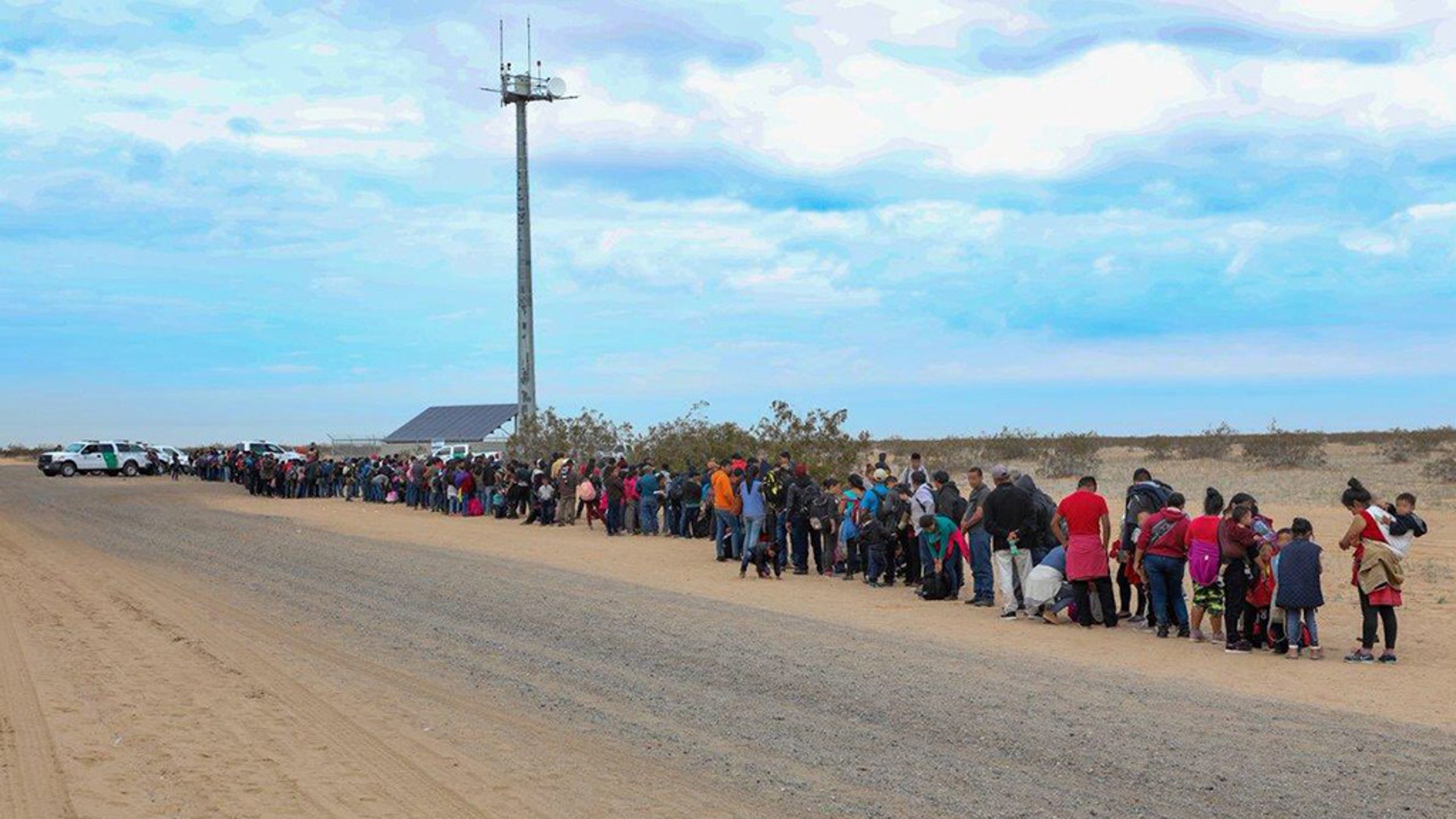 A group of 376 Central Americans reportedly made their way into the U.S. at the Arizona border this week by using short holes that were dug beneath
the barrier, according to Border Patrol. (CBP Arizona)


A group of 376 Central Americans reportedly made their way into the U.S. at the Arizona border this week via holes that were dug beneath a barrier, the Border Patrol said.
Members of the group were arrested after they entered the country on Monday. They did not attempt to avoid law enforcement prior to their apprehension, the Border Patrol said, according to The Associated Press.
MIGRANT CARAVAN FREELY CROSSES MEXICAN BORDER AFTER GATES WERE LEFT OPEN, AUTHORITIES AVOIDED ‘CONFRONTATION’
The crowd of migrants, which reportedly consisted of 176 children, dug under a steel barrier in multiple areas, located to the east of a border crossing in San Luis, according to the agency.
Customs and Border Protection Arizona tweeted a video of the group, adding that “almost all were families or unaccompanied juveniles.”
Another video and photos from the agency showed Yuma Sector Border Patrol agents processing the group on Monday.
Nearly the entire unit was from Guatemala, according to The Associated Press.
There is no concrete under that stretch of the barrier, allowing people to dig short, cross-border holes, Border Patrol spokesman Jose Garibay said.
The group’s apprehension comes amid the ongoing partial government shutdown, during which Democrats and Republicans have been at odds with each other over funding for a barrier at the southern U.S. border.
The Associated Press contributed to this report.
Source>https://www.foxnews.com/us/376-central-americans-arrested-entered-us-through-holes-dug-under-border-barrier-border-patrol-says
Posted by theodore miraldi at 6:57 PM