John Kerry Says Trump Should RESIGN During Appearance at Davos 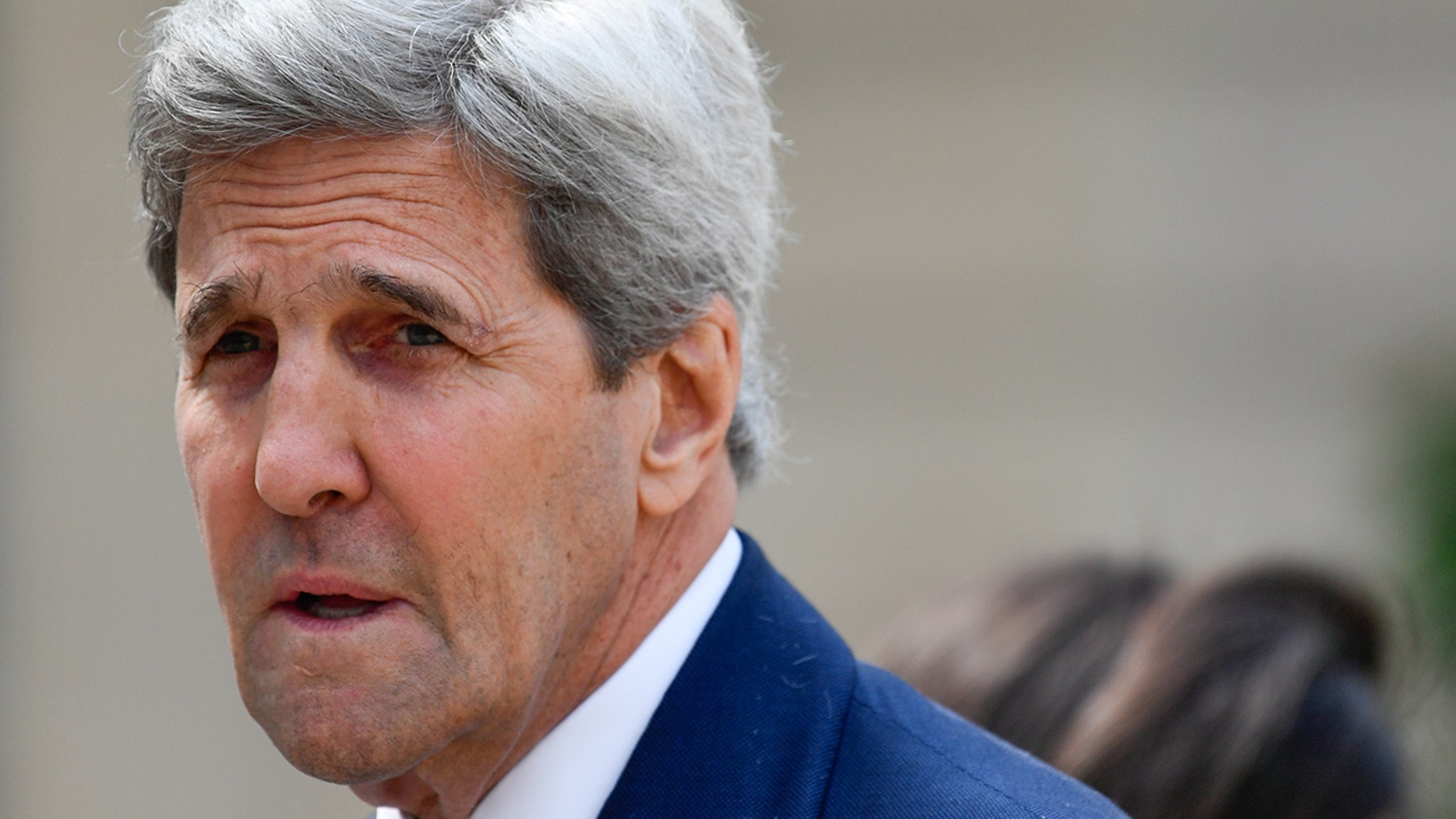 
John Kerry, the former secretary of state and potential 2020 hopeful, called on President Trump to step down during a Tuesday appearance at the World Economic Forum in Davos, Switzerland.
Kerry, who lost his bid for the presidency in 2004, made the statement during a panel in which he was asked a hypothetical question: What his message for Trump would be if he were sitting next to him?
"He doesn’t take any of this seriously,” said the former U.S. senator.
When pressed by CNBC's Tania Bryer, Kerry gave a one-word response: "Resign."
Trump was scheduled to travel to Davos for the summit but canceled due to the ongoing partial government shutdown. The president ridiculed the media early Tuesday in a Twitter post acknowledging this year’s absence.
"Last time I went to Davos, the Fake News said I should not go there" he tweeted. "This year, because of the Shutdown, I decided not to go, and the Fake News said I should be there."
Kerry has been a consistent Trump critic. After the September release of Bob Woodard’s book “Fear,” which claimed to provide inside knowledge of the Trump White House, Kerry said the alleged details scare him.
Following the resignation of former Secretary of Defense Jim Mattis earlier this year, Kerry slammed Trump’s "pull-out, walk-away presidency" and described Trump’s decision to pull out U.S. troops from Syria a "moment of shame."


When the former Democratic presidential nominee was asked if he would consider running again in 2020, Kerry said he hasn't "taken anything off the table."
Source>https://www.foxnews.com/politics/john-kerry-says-president-trump-should-resign-during-appearance-at-davos
Posted by theodore miraldi at 7:52 AM