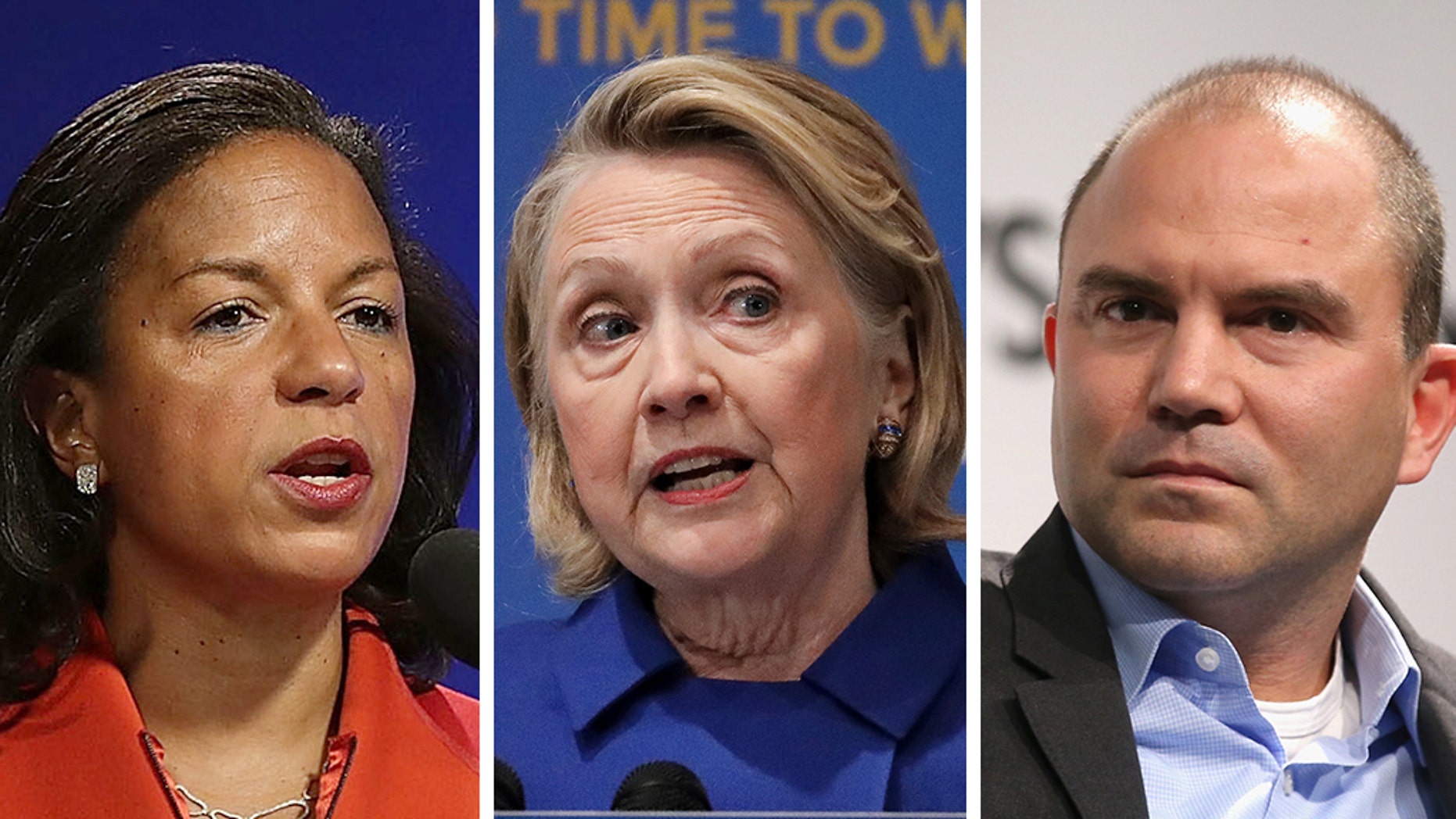 
U.S. District Judge Royce C. Lamberth denied a request by the conservative group Judicial Watch to make Rice and Rhodes sit for depositions, but agreed to have them answer written questions. He also agreed to Judicial Watch's request to depose the State Department about the preparation of talking points for Rice, then President Barack Obama's ambassador to the United Nations, ahead of appearances on political talk shows the Sunday following the attack. That deposition is part of Judicial Watch's inquiry into whether the State Department acted in bad faith by not telling a court for months that they had asked in mid-2014 for missing emails to be returned.
CLINTON'S USE OF PRIVATE EMAIL SERVER AMONG 'GRAVEST' OFFENSES TO TRANSPARENCY, JUDGE SAYS
Rice initially claimed on several talk shows that the attack on the U.S. Consulate in Benghazi was triggered by protests over an anti-Islam video. The attack resulted in the deaths of four Americans, including U.S. Ambassador to Libya Chris Stevens.
"Rice's talking points and State's understanding of the attack play an unavoidably central role in this case," Lamberth wrote in a 16-page order.
Lamberth added that "State's role in the [talking] points' content and development could shed light on Clinton's motives for shielding her emails from [Freedom of Information Act] requesters or on State's reluctance to search her emails."
Lamberth also allowed Judicial Watch to seek written answers from Bill Priestap, the former assistant director of the FBI's Counterintelligence Division. Priestap, who supervised the bureau's investigation into Clinton's use of a private email server, retired from government service at the end of last year.
“In a major victory for accountability, Judge Lamberth today authorized Judicial Watch to take discovery on whether the Clinton email system evaded FOIA and whether the Benghazi scandal was one reason for keeping Mrs. Clinton’s email secret,” said Judicial Watch President Tom Fitton. “Today, Judicial Watch issued document requests and other discovery to the State Department about the Clinton email scandal. Next up, we will begin questioning key witnesses under oath.”
The judge's order amounts to approval of a discovery plan he ordered last month. In that ruling, Lamberth wrote that Clinton's use of a private email account was "one of the gravest modern offenses to government transparency" and said the response of the State and Justice Departments "smacks of outrageous misconduct."
As part of the discovery, Judicial Watch can depose Jacob Sullivan, Clinton's former senior adviser and deputy chief of staff, and Justin Cooper, a longtime Bill Clinton aide who helped arrange the setup of Hillary Clinton's private email address and server.
Judicial Watch said the discovery period will conclude within 120 days. A post-discovery hearing will then be held to determine whether additional witnesses, including Clinton and her former Chief of Staff Cheryl Mills, may be deposed.
Source>https://www.foxnews.com/politics/judge-orders-susan-rice-ben-rhodes-to-answer-written-benghazi-questions-in-clinton-email-lawsuit
Posted by theodore miraldi at 8:19 AM