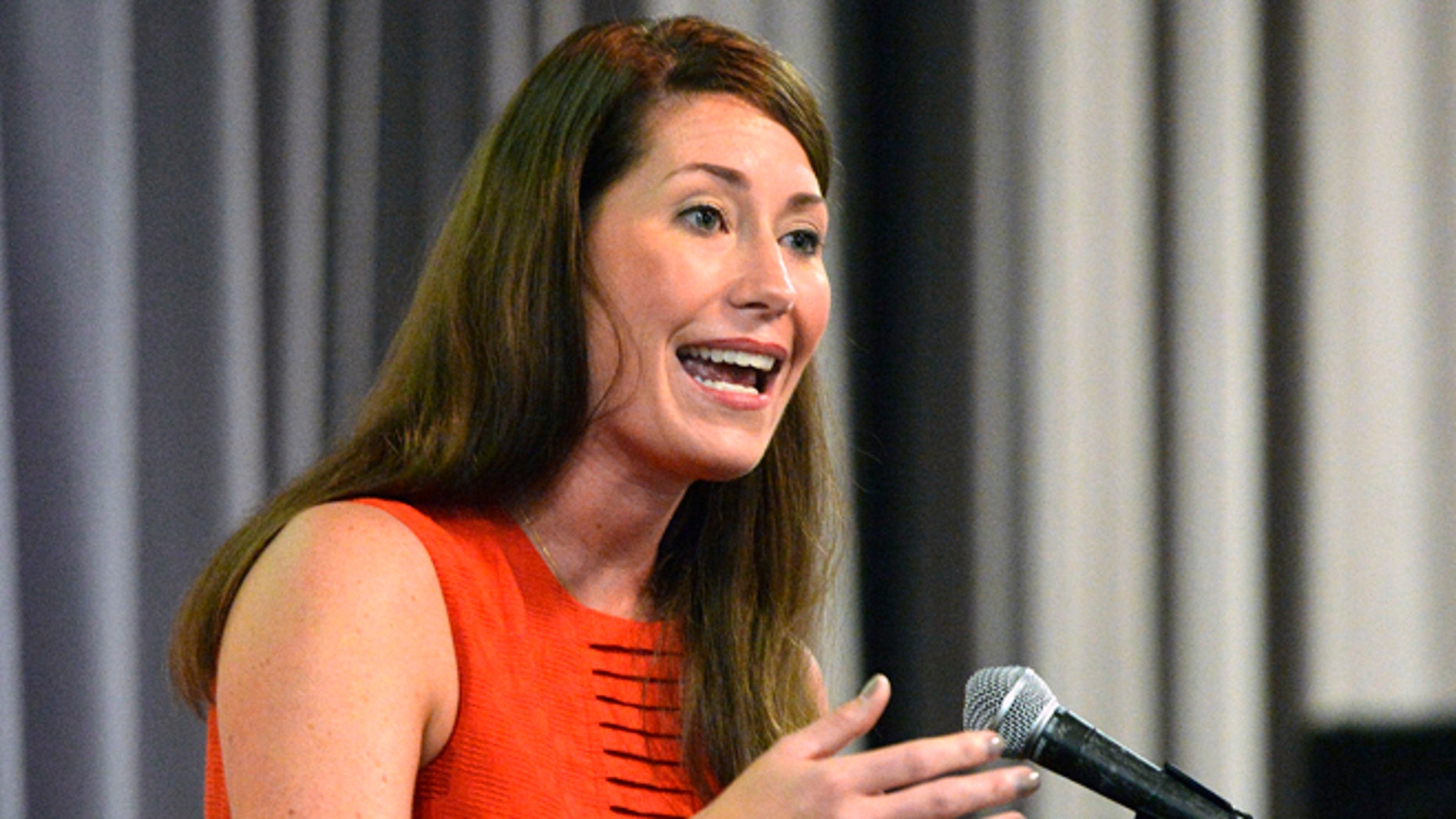 Kentucky Secretary of State Alison Grimes – who was thrust into the Democratic limelight when she challenged Sen. Mitch McConnell, the Republican Senate
majority leader, for his seat in 2014 – is now the subject of investigation by three state agencies, according to a report. (AP Photo, File)


Kentucky’s Secretary of State Alison Lundergan Grimes once went on national television to make clear that she was strongly opposed to handing over voter data to President Trump’s voter fraud commission, saying that she would not release any “sensitive information that relates to the privacy of individuals.”
But now, around a year and a half since she made those statements, an investigation by ProPublica and the Lexington Herald-Leader has revealed that Grimes and her staff recently performed regular and extensive searches on that same voter registration system (VRS), including searches on her political opponents.
Grimes – who was thrust into the Democratic limelight when she challenged Mitch McConnell, the Republican Senate majority leader, for his seat in 2014 – is now the subject of three investigations, the report said, and her political future appears anything but certain. She announced last week she would not run for governor; the report found that her staff performed a search on the records of gubernatorial candidate Rocky Adkins, whom she could have faced in the Democratic primary.
JUDICIAL WATCH SUES KENTUCKY OVER ALLEGED 'DIRTY VOTING ROLLS'
Grimes’ office did not respond to Fox News’ request for comment, but speaking to ProPublica, she defended her right to conduct such searches, while also questioning the accuracy of the logs that documented the searches.
Research by ProPublica and the Herald-Leader found that most of the searches were for state employees, including a federal judge, members of the Kentucky Board of Education, and even members of the ethics commission investigating her.
Grimes asserted that the logs have “not been verified” – even though similar logs were provided to the agencies investigating Grimes – and she added that it “boggles my mind” why she was being criticized for her searches, given her role as the state’s “chief elections official.”
Soon after she was questioned about her searches, Grimes reportedly filed a pre-emptive action requesting that a judge grant her full access to the voter registration system and argued that she was “legally entitled to access the VRS pursuant to federal and Kentucky law. Indeed, access is necessary to perform the duties imposed on the Secretary of State by federal and Kentucky law.”
At least one election official in Kentucky, however, didn’t agree with that and said giving her that access could lead to even more abuses.
“It’s inappropriate for the secretary of state’s office to have access at all,” Don Blevins Jr., the clerk for Fayette County and a Democrat. “The fact that they’re abusing that privilege is no surprise.”
Source>https://www.foxnews.com/politics/kentucky-secretary-of-state-in-hot-water-for-examining-voting-records-of-political-rivals
Posted by theodore miraldi at 6:22 PM