LEGAL Immigrants Say the American Dream is a PRIVILEGE, Not an ENTITLEMENT 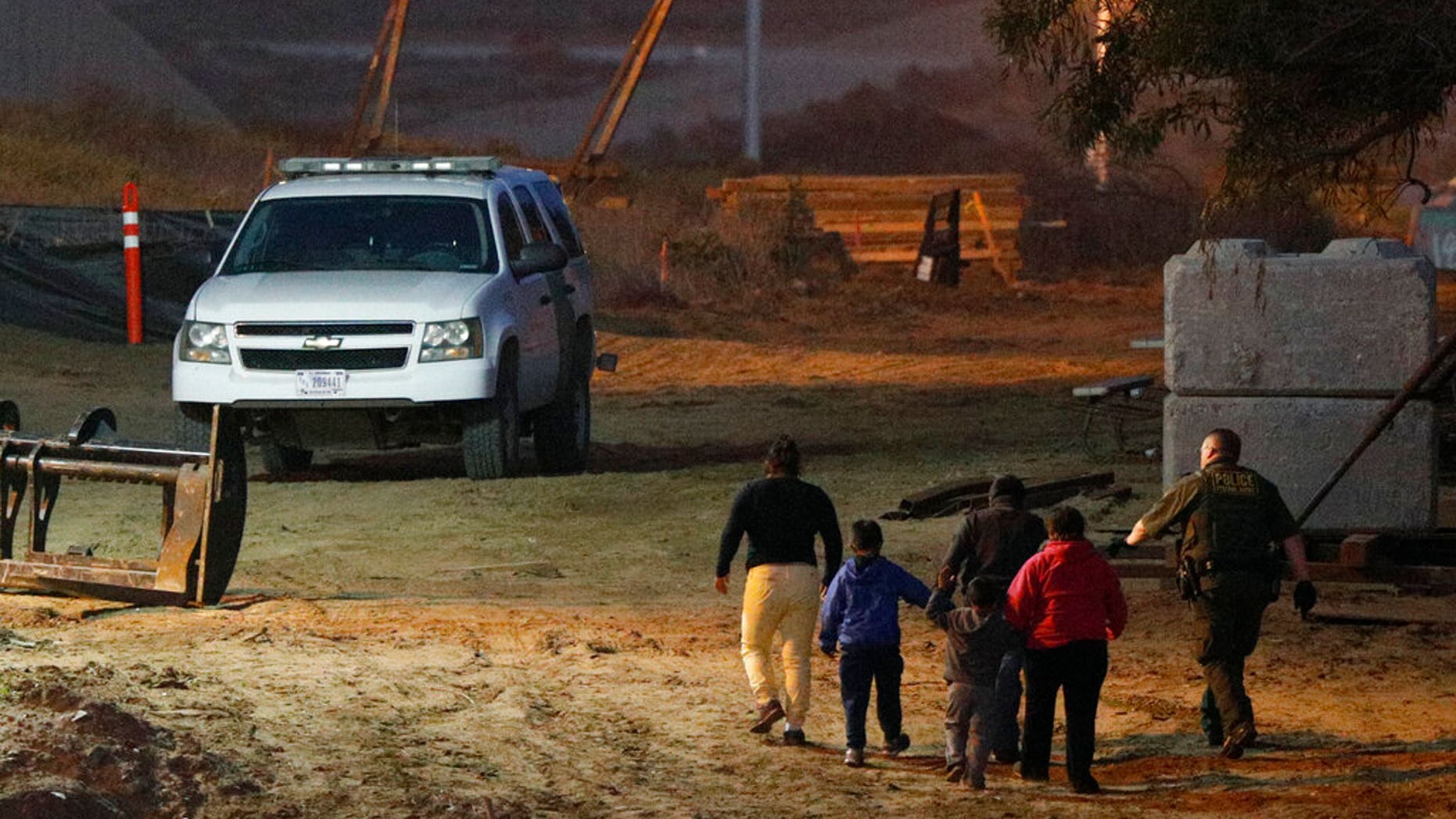 FILE - In this Dec. 3, 2018, file photo, migrants are escorted by a U.S. Border Patrol agent as they are detained after climbing over the border wall from
Playas de Tijuana, Mexico, to San Ysidro, Calif. (AP Photo/Rebecca Blackwell, File)


The longest government shutdown in U.S. history has come to an end – for now. And through it all, accusations of racism were never far from the mouths of Trump haters.
Two Fridays ago, students from a Kentucky Catholic high school discovered that wearing red Make America Great Again hats in public is a gesture of aggression, not to mention an act of racism, sexism, xenophobia, bigotry, and oppression.
This is a narrative the mainstream media has eagerly weaved for the past few years. Not surprisingly, they rushed to condemn the teenagers and were quickly proven wrong. A frequent CNN political commentator even said the MAGA hats worn by the Kentucky teenagers are as “maddening and frustrating and triggering” to look at as a KKK hood.
Yet even before the Kentucky teenagers splashed onto the national scene, Trump haters insisted that the president’s call for a southern border wall is a symbol of his racism against brown people.
Few, however, have bothered to pay attention to a core principle the Trump administration has repeatedly emphasized in the immigration debate. It is, as scholar John Fonte points out, “the principle of government by consent of the governed, or democratic sovereignty.”

Legal immigrants are increasingly reluctant to let the worshippers of identity politics speak for them.

“Do free peoples have the right to determine their own immigration policy,” Fonte asked on a panel discussion at the Hudson Institute in Washington last summer, “or will this be determined for them, [including]…by the migrants themselves, arriving without the consent of the people?”
This is a fundamental, and existential, question for Americans. And in recent months, it has become an even more urgent one, as caravans of migrants arrived on the southern border demanding entry, with some of them scaling fences, climbing walls, and attacking Border Patrol agents.
Trump haters have responded by ramping up their hysteria and obsession with racism. Increasingly, however, legal immigrants are reluctant to let the worshippers of identity politics speak for them. In 2017, a group of legal immigrants from China founded the Maryland Chinese American Network (MD-CAN) to oppose to the sanctuary laws proposed in their state.
Members of the organization spent years navigating the U.S. immigration system, going through cumbersome screening processes, making financial and personal sacrifices, and waiting in line to become citizens of this country. They did not simply walk across the border or overstay their visas.
Zhenya Li, a founding member of MD-CAN, is a Trump supporter who is quick to point out the difference between legal and illegal immigrants. Li and her fellow activists have repeatedly emphasized their respect for this country’s rule of law and the unfairness of selective immigration enforcement. Since its founding, MD-CAN has successfully defeated sanctuary laws proposed on the state and local levels in Maryland.
Unlike Li, Trump haters often refuse to even ponder the appeal and logic of Trump’s agenda. Instead, they have shamelessly and regularly showered verbal abuse and physical threats against Trump supporters – as we saw most recently with the Catholic high school students from Kentucky.
Meanwhile, Trump critics of the non-violent persuasion have self-righteously flung their political bias and intellectual intolerance far and wide, accusing the president—and those who support his call for building a wall—of racism or enabling it. As CNN’s Don Lemon argued recently, even if a Trump supporter is not a racist, he “certainly had to overlook racism and bigotry.”
These detractors, however, have been willfully blind to what lies at the heart of Trump’s political revolution: an abiding faith in the American Dream, and an unabashed belief that its pursuit is a privilege, not an entitlement.
Further, they are even blinder to what the legal immigrants who make up MD-CAN know so well: the privilege of pursuing the American Dream must be granted by the consent of the governed in this country, not by the aspiring immigrants themselves.


There is nothing racist about that.
Source>https://www.foxnews.com/opinion/legal-immigrants-say-the-american-dream-is-a-privilege-not-an-entitlement