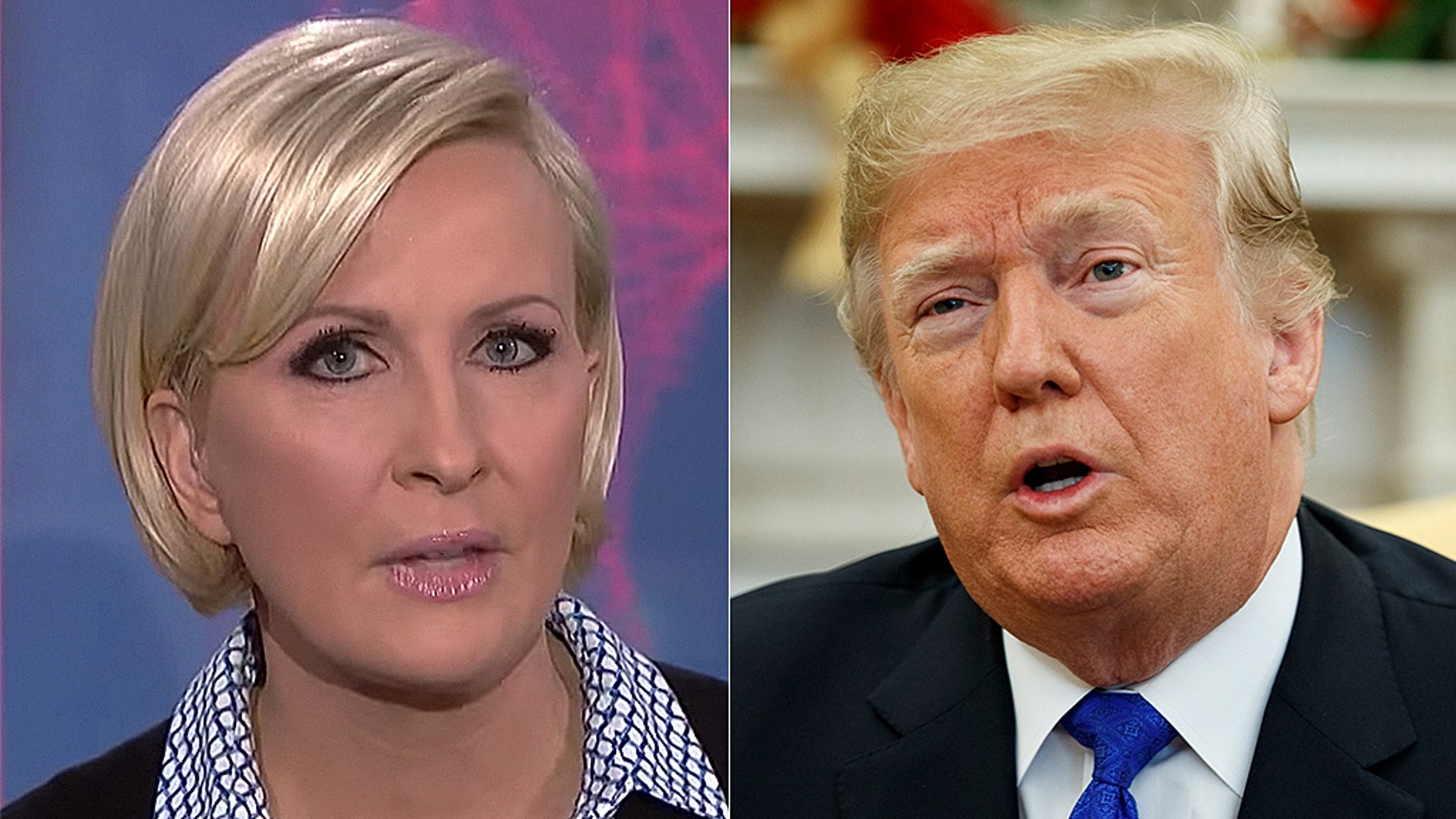 MSNBC host Mika Brzezinski would be in hot water if she were a Conservative, according to President Trump


MSNBC’s Mika Brzezinski said Tuesday that television networks –including her own - should refuse to air President Trump’s prime-time Oval Office address on immigration because he faces a credibility problem and is likely to lie to viewers.
“Like they’ve done with other presidents in other times, the networks should refuse to turn over the airways to Donald Trump tonight for what they know objectively to be a steady stream of lies,” she said on “Morning Joe” on Tuesday.
The early-morning talk show host added that keeping Trump off the air might “stop him from debasing yet another one of our historic, solemn and cherished presidential traditions.”
“They shouldn’t run it, not on the main networks,” she lamented, calling Trump’s immigration policies a “dark, twisted fantasy.”
Brzezinski said that when done right, Oval Office addresses can unite the nation in trying times and “inspire the better angels in ourselves.”
“But all signs here indicate that is not what Donald Trump has in mind and the networks have a decision to make,” she added. “Do they want to run the promise of more lies, more misleading statistics? More twisting of reality, mindless confrontation all for the sake of defending Trump’s dark, twisted fantasy on a wall on the Mexican border to fight an enemy that doesn’t exist except in the most fevered swamps of American politics? Do they want to do that for ratings?”
"Late Show" host Stephen Colbert took his own network, CBS, to task over airing Trump's speech.
“My network will be carrying Trump’s Wall speech live. So at 9pm Tuesday, tune into CBS to See B.S.,” Colbert tweeted Monday night.
Trump is expected to use Tuesday’s Oval Office address to lay out his case for funding a wall along the U.S.-Mexico border. The president is expected to travel to the southern border on Thursday.
Tuesday’s speech will represent his first from the Oval Office, and comes as thousands of federal workers face the possibility of not getting a paycheck on Friday due to the partial government shutdown over border wall funding.


Despite critics' concerns and demands, it appears that all of the networks will air Trump’s address, expected to run for about eight minutes. With the stakes high, House Speaker Nancy Pelosi and Senate Minority Leader Chuck Schumer have demanded equal time following the president’s speech for a rebuttal.
Source>https://www.foxnews.com/entertainment/morning-joe-anchor-wants-network-tv-to-pull-trumps-oval-office-address-off-airwaves
Posted by theodore miraldi at 6:06 PM