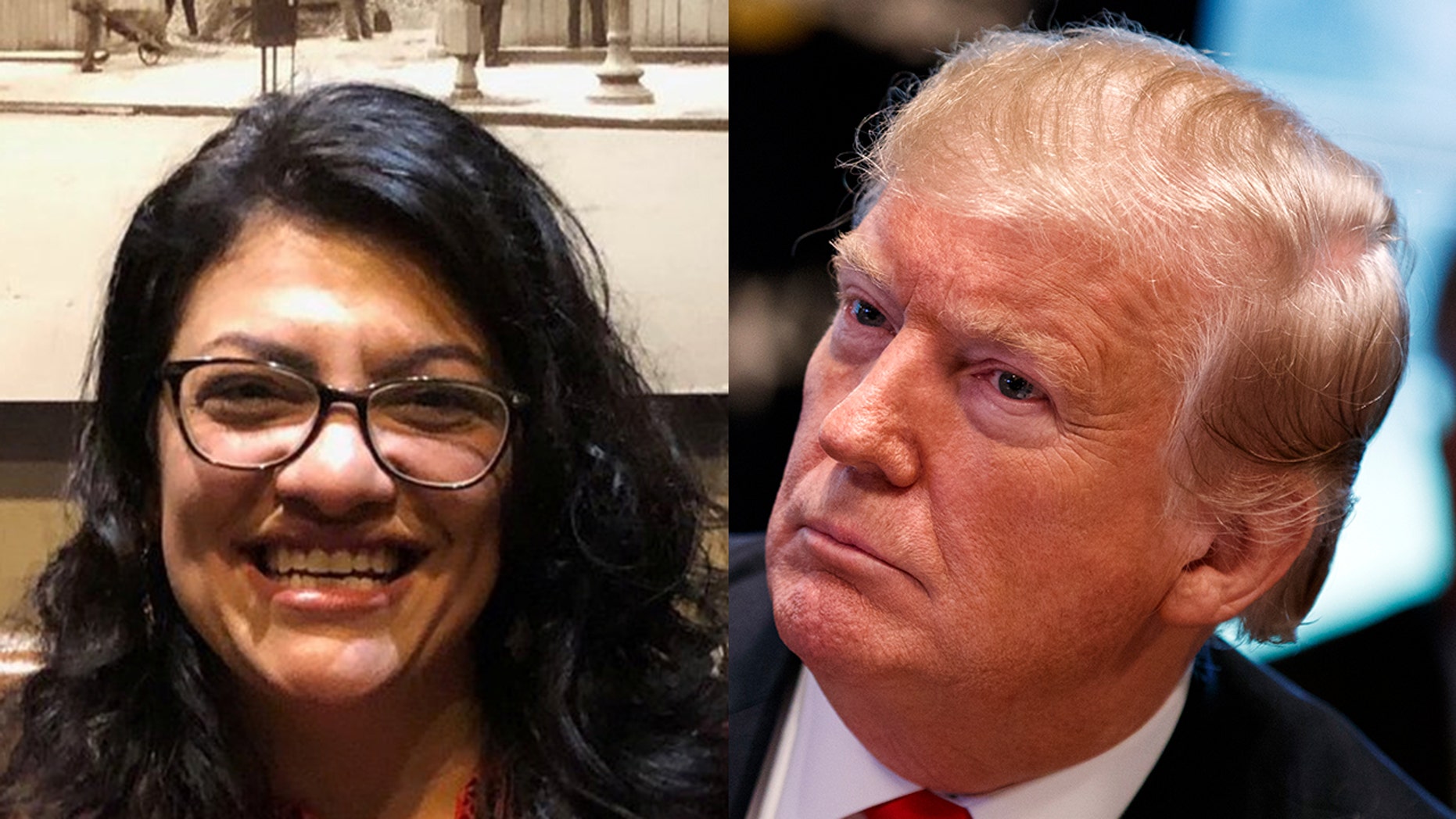 Fresh-faced U.S. Rep. Rashida Tlaib wasted no time in calling for the impeachment of President Donald Trump just hours after being sworn in.

Speaking to a crowd of supporters Thursday night, the Michigan Democrat and one of the first Muslim women elected to Congress said of Trump: "People love you and you win. And when your son looks at you and says, 'Momma, look you won. Bullies don't win.' And I said, 'Baby, they don't, because we’re gonna go in there and we’re gonna impeach the mother***er.'”
Tlaib’s proclamation came hours after the Detroit Free Press published her op-ed calling for Trump’s impeachment.

Video
"President Donald Trump is a direct and serious threat to our country. On an almost daily basis, he attacks our Constitution, our democracy, the rule of law and the people who are in this country,” Tlaib wrote. "Each passing day brings more pain for the people most directly hurt by this president, and these are days we simply cannot get back. The time for impeachment proceedings is now."
To remove a sitting president, the constitution requires conviction of “treason, bribery, or other high crimes and misdemeanors.” The impeachment process would further require the consent of both the House and two-thirds of the Senate, which is still a Republican majority.
Rep. Brad Sherman, D-Calif., on Thursday re-introduced articles of impeachment that he had filed last yearwith Democratic co-sponsor Rep. Al Green of Texas.
Rep. Adam Smith, D-Wash., had a more measured tone on impeachment, telling a CNN reporter on Thursday, "It's not too soon to be talking about it. We'll have to decide whether or not it's the correct course of action, but certainly, we should be discussing it and asking those questions and figuring out what the best course of action is."
Nancy Pelosi, who was re-elected to Speaker of the House Thursday, said she isn't ruling out impeachment proceedings against President Donald Trump, depending on findings by the special counsel investigating Russia's meddling in the 2016 election.
"We shouldn't be impeaching for a political reason, and we shouldn't avoid impeachment for a political reason," she said.
The Associated Press contributed to this report.
Source>https://www.foxnews.com/politics/democrats-call-for-impeachment-on-first-day-of-new-congress
Posted by theodore miraldi at 7:58 AM