Cuomo's Efforts to Cook The Books, Now Requires Cooking the Minds of the Young for Cash. Have we Sunken So Low that we use our Children as Commodities for some Socialist Fantasy?
...tmiraldi 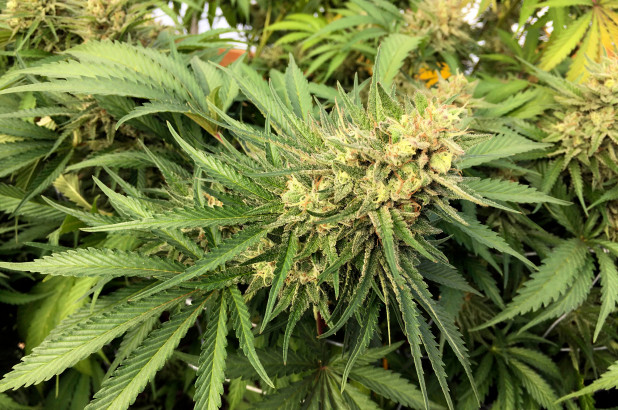 
With legalization of recreational pot a central part of Gov. Cuomo’s agenda for the first 100 days of his new term, the rush is on — no matter if that’s the riskiest approach.
One warning came last week from former Mets great Darryl Strawberry, who told TMZ Sports that he’s living proof of how marijuana can be a gateway drug that ruins lives. “I started with marijuana when I was young — 14, 15 years old — and it led me to everything else.” That is, to the cocaine abuse and other woes that ended his career and marred his life.
No, the potential for abuse isn’t a case-closed argument against legalization: Far more Americans destroy their lives with alcohol than with pot or any illegal drug, yet this nation decided that Prohibition was worse than the alternative.
But lawmakers still need to grapple with the issue. As the fallen superstar warns, “Anything that alters your mind will change your mind forever.”
In Friday’s Post, Reed Tucker laid out more grounds for caution, sharing the arguments of anti-pot author Alex Berenson. On top of scientific evidence that weed is far more problematic than legalizers like to pretend, Berenson points out some straightforward policy issues.
Legalization hasn’t wiped out the black market in other states, he warns. High taxes leave plenty of incentive to keep on breaking the law.
And Colorado last year actually saw a drop in its tax take from marijuana. Don’t go spending that revenue until it actually comes in.
Another recent caution came from former city Police Commissioner Bill Bratton, who noted: “We still don’t have effective capabilities in law enforcement to deal with the issue of driving while impaired by the use of marijuana.”
In a survey by Colorado’s transportation department, 69 percent of pot users said they’d driven while high at least once in the past year; 27 percent said they drive stoned almost daily. A Washington state survey found that 20 percent of daytime drivers are stoned, up sharply since legalization.
Bratton also sees a kiddie problem: “Much the same as alcohol is very available to young people, marijuana, particularly the way it’s being proposed in this state . . . young people will be getting their hands on it.”
These are all serious issues that demand actual public debate among the people’s elected representatives. New York lawmakers need to actually do their jobs here, rather than sign off on some bill cooked up behind closed doors by Cuomo and the leaders of the Senate and Assembly.
Source>https://nypost.com/2019/01/05/new-york-needs-a-serious-debate-before-legalizing-marijuana/