No SHUTDOWN For Democrats! Fly to Puerto Rico on CHARTERED Jet 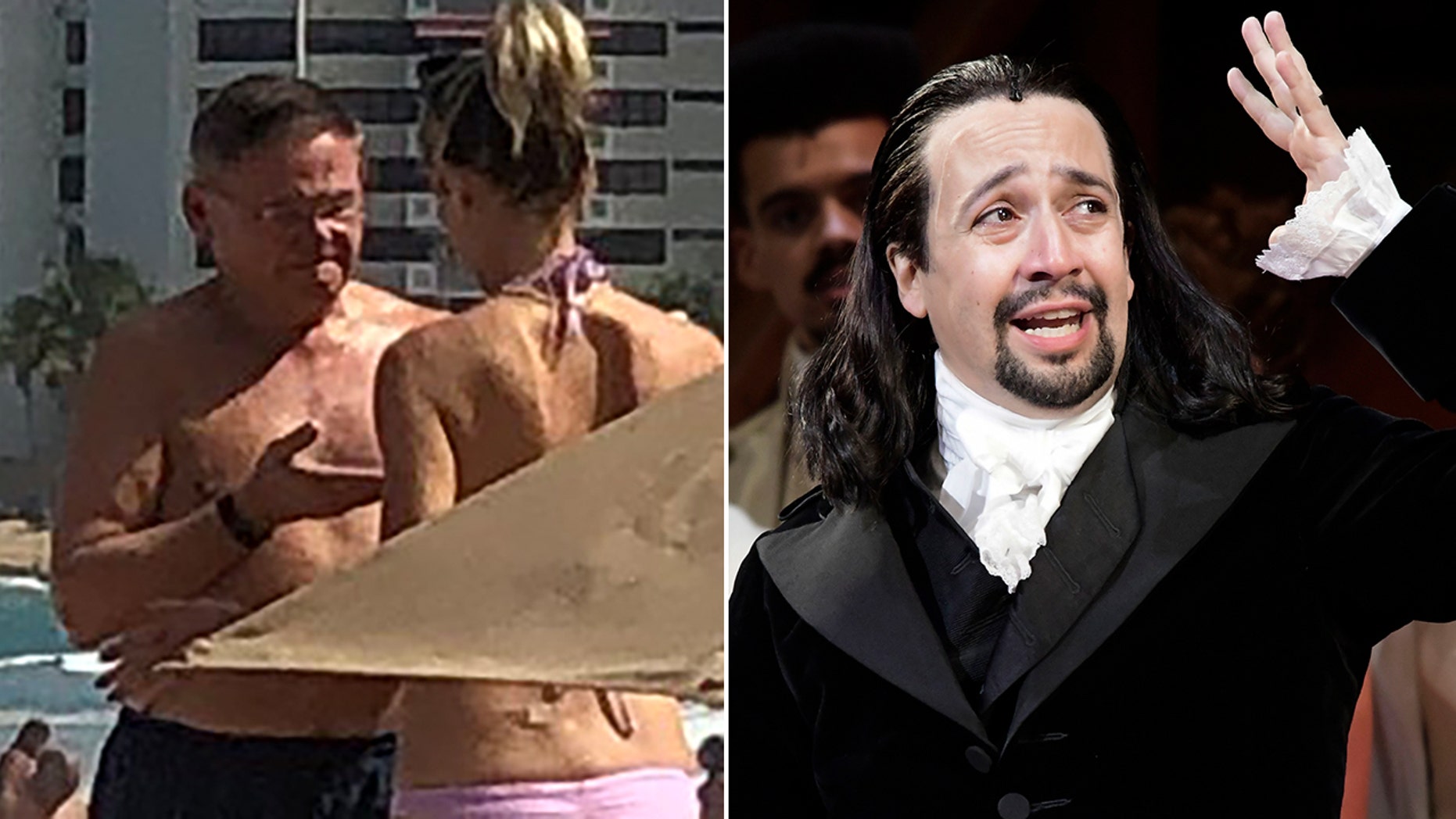 U.S. Sen. Bob Menendez, D-N.J., left, was spotted on the beach Saturday in Puerto Rico, where some 30 Democrats gathered amid the partial government shutdown to meet with lobbyists and see the play "Hamilton," starring Lin-Manuel Miranda, right. The woman with Menendez was not identified. (David McAlpine, Fox News/Associated Press)


Despite a partial government shutdown with no end in sight, about 30 Democratic members of Congress traveled to Puerto Rico this weekend -- with their families and lobbyists -- for a winter retreat where they also planned to see a special performance of the hit Broadway show “Hamilton.”
Those attending the Congressional Hispanic Caucus BOLD PAC gathering in San Juan also planned to meet Saturday with Puerto Rican officials to discuss ongoing cleanup efforts from Hurricane Maria, according to a report.
FLORIDA DEMOCRAT GOT 'HAMILTON' TICKETS FROM UNDERCOVER FBI AGENT, RECORDS SHOW
“This year’s winter retreat promises to be our most widely attended yet with over 220 guests, including 39 Members of Congress and CHC BOLD PAC supporters expected to attend and participate!” a planning memo said.

Video
The junket is taking place at a seaside resort where rooms run around $429 a night. The participants paid for the "Hamilton" tickets with their own funds, the Washington Examiner reported.
"Hamilton" creator Lin-Manuel Miranda began a two-week run of his hit play Friday in Puerto Rico to raise money for artists and cultural groups still struggling in wake of Hurricane Maria. Tickets for opening night ranged from $10 to $5,000, according to the Associated Press.
“I have never felt anything like that,” Miranda said of the crowd’s energy, adding that singing the song “Hurricane” was a challenge. “It was very hard to sing that here in Puerto Rico because you know better than I what it is to survive a hurricane. I feel like I’m going back to Maria a little bit every time I sing it.”
Around 109 lobbyists and corporate executives are named in a memo welcoming the guests, which include some from prominent Washington firms, R.J. Reynolds, Facebook, Comcast, Amazon, PhRMA, Microsoft, Intel, Verizon, and unions like the National Education Association.
A spokesman for the BOLD PAC -- part of the Congressional Hispanic Caucus -- would not tell the Examiner which members of Congress would be attending. But U.S. Sen. Bob Menendez, D-N.J., was spotted on the beach Saturday, according to a FOX News producer.

Video
The Dems' visit comes amid the ongoing partial government shutdown that has left around 800,000 federal workers with no pay since it began Dec. 22, making it the longest government closure in U.S. history.
“As our Bold PAC members make their way to Puerto Rico for this important weekend — the largest contingency of House Democrats to visit Puerto Rico where they'll be hearing from Commonwealth and local elected officials about the ongoing recovery efforts — we will be closely monitoring the situation in Washington,” Bold PAC Chair Rep. Tony Cardenas said in a statement. “If there is any progress by Senate Republicans or the White House to reopen the federal government, then we will act accordingly."
The chartered jet that carried the attendees also brought 250 pounds of donated medical supplies. The trip is the largest congressional delegation to the island since it was devastated by the September 2017 hurricane.
Julian Castro, former Housing and Urban Development secretary and 2020 Democratic presidential candidate, will attend a summit on the island on Monday, according to the Examiner.


The Associated Press contributed to this report.
Source>https://www.foxnews.com/politics/democrats-fly-to-puerto-rico-amid-ongoing-government-shutdown