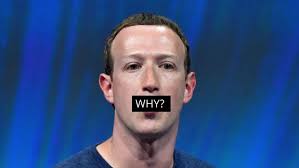 
After a year plagued by privacy scandals, hate speech controversies, the viral spread of disinformation and the public airing of his company's internal communication, Facebook CEO Mark Zuckerberg used his year-end note to focus on the positive ー drawing the scorn of critics who blasted the billionaire as "tone deaf" and "out of touch."
As he looked back on a year that saw his company's stock price drop and scores of lawmakers on both sides of the aisle calling for new, strict privacy regulations in the wake of Cambridge Analytica, Zuckerberg spent a chunk of his note boasting that 2 billion people now use one of Facebook's services and the tech giant has empowered countless small businesses.
“I’m proud of the progress we’ve made,” he wrote in the letter, which notes that Facebook now employs 30,000 people who focus on safety, but does not dwell on the specifics of any particular challenge or scandal.
Zuckerberg wrote that Facebook is a "very different company" than it was two years ago and has "fundamentally altered [its] DNA" to prioritize the prevention of harm. He also wrote that he learned a lot in the last year, but a range of critics took issue with the tone of his note.
"When read as a whole, the post simply confirms one thing about Facebook. No change has affected (or is designed to affect) the leading cause of Facebook's problems ー the business model," wrote Paul Armstrong, a tech adviser, in Forbes. "Without this, Facebook is doomed to become irrelevant to other platforms or become extremely dangerous and be broken up."
Armstrong's advice to Facebook for 2019 includes banning all political advertising, "atomic bombing" Facebook's algorithm-driven Newsfeed and verifying all "news sources" on the network.
Mark Zuckerberg "is a bit out of touch with people's perception," Mark Douglas, CEO of digital advertising platform SteelHouse, told Cheddar. "It's going to be a rocky year, that's clear."
Mark Zuckerberg, chief executive officer and founder of Facebook Inc. attends the Viva Tech start-up and technology gathering at Parc des Expositions Porte de Versailles on May 24, 2018 in Paris. (Getty Images)
"They are the least trusted company in tech. They are going to have to rebuild the trust with the users or they are going to lose those users," Douglas explained.
Although Facebook has continued to see its monthly active users increase globally, the company is confronting flat growth in parts of North America and decreased growth in Europe. Besides that fact that it was harnessed by Russia to meddle in the 2016 presidential election, Facebook confronted a series of false rumors on WhatsApp, which it also owns, that led to more than 20 people being lynched in India.
Cesar Sayoc, who stands accused of sending 13 pipe bombs through the mail to a range of prominent Democrats and critics of President Trump, trafficked in conspiracy theories, white supremacy and anti-Semitism on his Facebook profile. And the Menlo Park, Calif. company stands accused of furthering "ethnic cleansing" in Myanmar, where the military has targeted the country's mostly Muslim Rohingya minority group with severe violence.
A number of critics called on Zuckerberg to step down or take a break from leading the company.
Leslie Miley, former CTO of the Obama Foundation, said the 34-year-old Silicon Valley executive should "resign and find a pursuit that will teach him humility and help him find his moral compass."
The executive director of Color of Change, a racial advocacy group that has tangled with Facebook over its treatment of minorities, told the Guardian that Zuckerberg "desperately needs to begin implementing systemic solutions, in a way that is transparent, rebuilds the public trust and provides a safer platform for all people."
The head of the Electronic Frontier Foundation, a nonprofit digital rights organization, told the Guardian that Zuckerberg should find a new job in 2019, while TechCrunch called the CEO's letter "tone deaf."
Some other critics were not as harsh.
"It means personally committing to a Facebook that doesn’t accidentally make decisions that aid violent regimes, white supremacists and other bad actors," Dia Kayyali, program manager at Witness, told the Guardian. "Above all, it means simply being honest about Facebook’s largely detrimental role in global society. That would be the biggest challenge of all"
Facebook has managed to make enemies on both sides of the aisle on Capitol Hill, with Democrats calling for more regulation and some Republicans claiming the network is biased against them, and it faces FTC and FBI probes.


"2019 is not starting out better, that's for sure," Douglas said.
Source>https://www.foxnews.com/tech/facebooks-zuckerberg-blasted-for-out-of-touch-year-end-post-after-scandal-plagued-2018
Posted by theodore miraldi at 11:09 AM