What The ‘BIRTH DEARTH’ Tells Us About Blue and Red America 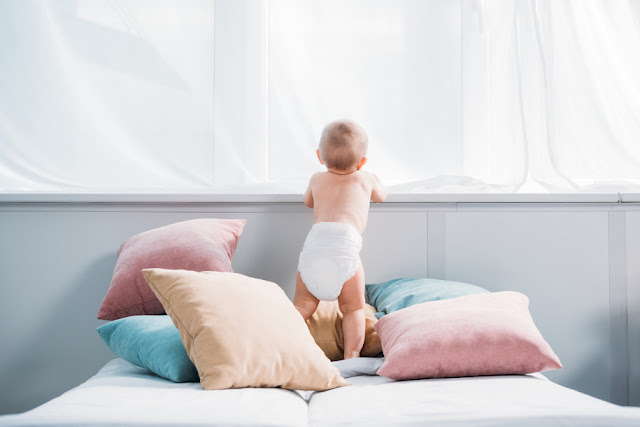 
Almost five years ago, Jonathan V. Last released his book “What to Expect When No One’s Expecting.” Spoiler alert: The consequences are not good.
Ever-lower birth rates can fuel steady drops in population and lead to major social, political and economic shifts. Yet every year since the book’s release, the percentage of Americans having babies has continued to fall.
And a report this month based on birth certificate data from 2017 provided to the National Center for Health Statistics through the Vital Statistics Cooperative Program shows yet again that Americans aren’t having enough kids to meet the replacement rate.
What’s most stunning about the report, though, is the stark differences it highlights in births by state.

Although it didn’t offer reasons why US fertility in general has dropped below the replacement rate, other research has. A Morning Consult survey for the New York Times last summer, for example, found the most common reason young adults give for avoiding pregnancy, cited by 64 percent of respondents, is that “child care is too expensive.”
Worries about the economy was the third-most-cited factor (49 percent) and “can’t afford more children” was fourth (44 percent). More than half wanted more time for the kids they already have.
Economic insecurities and financial concerns certainly appear to play a large role in decisions to hold off on having kids. There’s also the trope that women are choosing education and career over children, putting off childbearing until later years. And there’s plenty of research to show that more educated women have children later.
But now look at the state-by-state breakdowns: Turns out states across the Midwest and Southeast fare better than those in the Northeast and on the West Coast. South Dakota’s rate, the nation’s highest, was a full 57 percent higher than the District of Columbia’s, which was the lowest.
Women in more rural areas, it seems, are simply having more kids; urban women are falling behind. The correlations between “red” states and higher fertility rates and between “blue” states with lower rates is unmistakable for anyone familiar with the electoral map. The question is why.
A CNBC story about the Times’ data offers a clue. It breaks down the cost of day care by state. The most expensive place for care? You guessed it: Washington, DC — the least fertile place in the country. By contrast, the most fertile state, South Dakota, is among the three cheapest states to get care for your child.
It’s logical: Couples aren’t having as many kids because they don’t have enough time or money. Is it any wonder such limitations lead to fewer children born in more expensive areas of the country, areas where parents have to work longer hours to provide for the children they already have?
Also notable: The highest-fertility states — the Dakotas, Nebraska, Utah and Idaho — boast strong religious communities, which encourage larger families and advocate for the infrastructure necessary to support them. With healthy economies, lower costs of living and a robust support system, families in these states have the resources to grow and keep up our country’s demographics.
DC and the surrounding area, meanwhile, are prosperous, yet fertility rates there are comparatively low. Part of the reason may be local values, traditions and lifestyles, but other factors may also come into play.
For example, in DC, where many of the area’s residents work, the government is moving to make it more difficult and expensive for parents to find quality child care by requiring child care workers to have a college education. In preparation, centers have been hiring only college-educated employees and sending existing staff to night classes.
The regulations will do nothing to increase the quality of care, but they’ll do a great deal to boost its cost. Indeed, when government tries to improve child care, parents wind up with more limited options, higher fees and longer wait lists.
Here’s the bottom line: Conservative values don’t just encourage larger families; they also lead to policies that help families grow — policies such as lower tax rates and government regulations, which keep economies humming and leave people freer to pursue lifestyles of their choosing.
It’s bad enough that in the tristate area, across the Northeast and on the West Coast the high cost of living puts a ceiling on family size. But the lack of conservative values and policies in these areas only compounds the problem and drives a national crisis.
Source>https://nypost.com/2019/01/11/what-the-birth-dearth-tells-us-about-america-blue-and-america-red/
Posted by theodore miraldi at 9:02 AM