Sad How The Left Creates Icons of Racist Murderers. Brutal Savages Swept Across the Americas Killing and Maiming Indigenous People. None more Brutal then the remnants of Hispanic Rule who continue to this day to seed Fear and Violence.
...tmiraldi 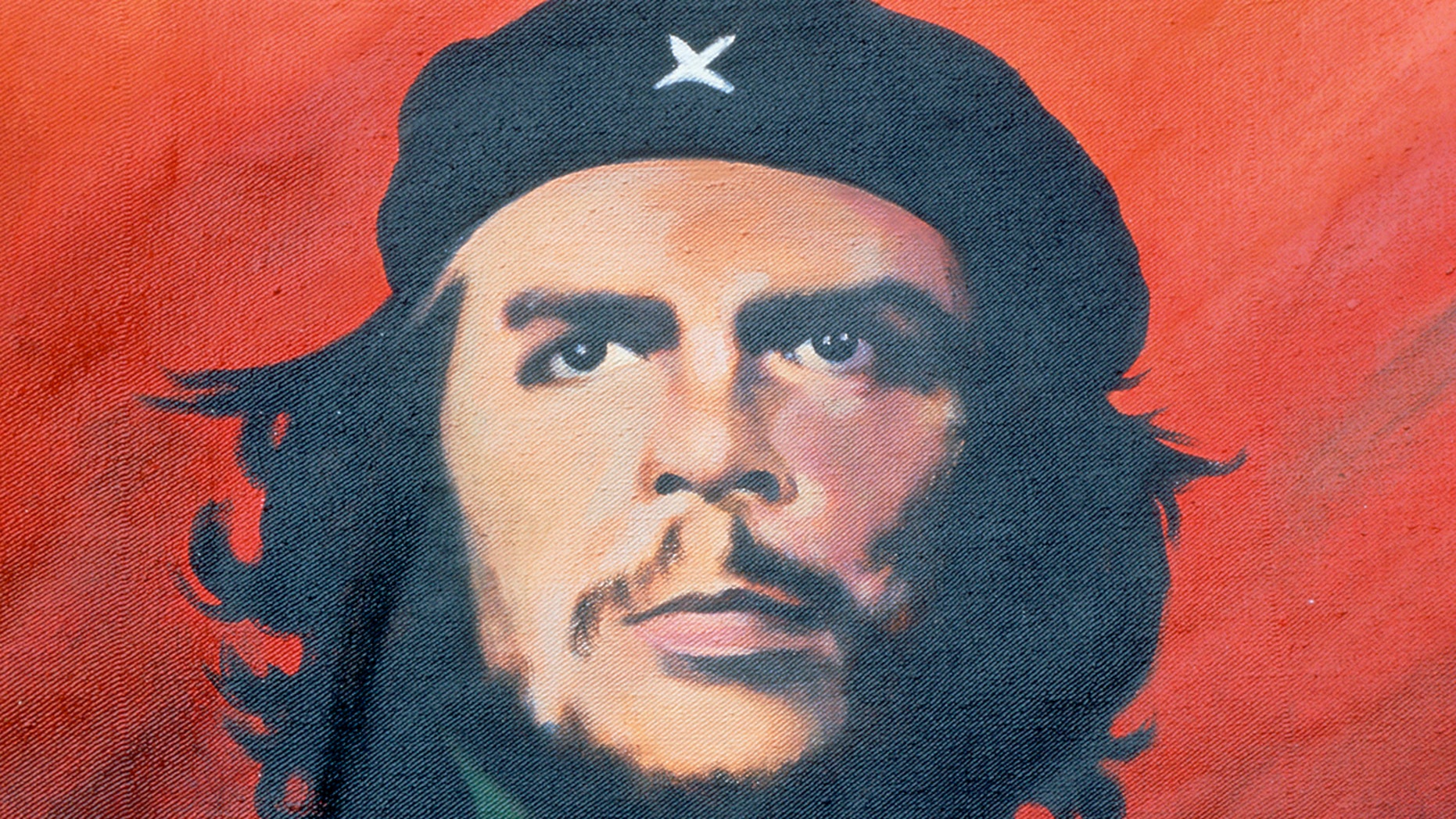 Cuban revolutionary Che Guevara is still idolized around the world. But his fans might not be aware of just what their idol did and said. (Getty)


T-shirts featuring Cuban revolutionary Che Guevara have never really gone out of style. Rapper Jay-Z has worn the shirt, model Gisele Bundchen has posed in swimwear featuring Che's face, and even Prince Harry was photographed in Che garb in his younger years.
Multiple Hollywood films glorify the Cuban revolutionary, transforming him over the decades into somewhat of a pop-culture fixture – whose face still symbolizes for many the fight against the supposed capitalist machine, at a time when socialism is picking up renewed popularity in America.
TOP 5 FAILED SOCIALIST PROMISES
But Guevara's fans might not be aware of just what their idol did and said. Here’s a look back at the history.

Guevara said he killed people without regard to guilt or innocence

In 1962, the official Cuban newspaper Revolución reported that Guevara said, “in times of excessive tension we cannot proceed weakly. At the Sierra Maestra, we executed many people by ﬁring squad without knowing if they were fully guilty. At times, the Revolution cannot stop to conduct much investigation; it has the obligation to triumph.”
In his own diaries, Guevara waxed poetic: “I see it printed in the night sky that I ... howling like one possessed, will assault the barricades or the trenches, will take my bloodstained weapon and, consumed with fury, slaughter any enemy who falls into my hands.”
He later wrote in one of his diaries about how he shot a peasant who admitted leaking information to the enemy. “He gasped for a little while and was dead,” Guevara wrote. “To execute a human being is something ugly, but [also] exemplary.”
Thousands were killed by the Cuban regime, with many killings linked to Guevara.
WHAT DEMOCRATIC SOCIALISM REALLY MEANS
“He was directly responsible for at least 124 killings,” Maria Werlau, author of the book “Che Guevara’s Forgotten Victims,” who has spent years documenting the specific people killed at Guevara's orders, told Fox News.
His defenders say he did what was necessary for a revolution.
“Yes, my father killed – but revolutions are almost always violent,” Guevara's daughter, who lives in Cuba, said in a speech in England in 2012.

In Guevara’s diaries, he wrote of one man who, “apart from being homosexual and a first-rate bore, had been very nice to us.”
But Guevara's diary quip also spilled into reality.
“The regime that Che Guevara co-founded is the only one in modern history in the Western Hemisphere to have herded gays into forced labor camps,” Humberto Fontova, author of “Exposing the Real Che Guevara,” told Fox News.
1960- Portrait of Ernesto "Che" Guevara, Cuban revolutionary leader, sitting at a desk.  (Getty)
Guevara set up Cuba’s first forced labor camp for people viewed by the state as delinquents. One journalist who managed to see such camps reported that inmates worked 60 hours per week, guarded by men with guns, and were paid almost nothing.
Gay people were among many targeted groups. People who had other “decadent” capitalist cultural practices could also be targeted.
“You see all these rock n’ roll bands [praising Che] like Rage Against the Machine and Carlos Santana – folks, they are eulogizing the emblem of a regime that made it a criminal offense to listen their music!” Fontova said.

In 1959, leftist journalist José Pardo Llada reported that Guevara told him: “We must eliminate all newspapers; we cannot make a revolution with free press. Newspapers are instruments of the oligarchy.”
Fontova says that was in line with Che’s actions.
“When Che Guevara first arrived in Havana, he moved into the biggest, most luxurious mansion in the city. A Cuban journalist, Antonio Llano Montes, wrote about it in 1959. Naturally, Che Guevara's goons paid him a little visit,” Fontova noted.

Video
Montes, recounting the incident from abroad in a 1984 book titled "La Dinastía," reported that Guevara's men took him to Che, who then gave him an ominous show of signing 26 execution approvals in front of him. Montes reported that Guevara then threatened him, saying: "I can have you shot this very night, what do you think?"
Montes wrote that Guevara left it at the threat, however, and the journalist quickly fled the country.

In Che Guevara’s diary, he wrote of “the blacks” living in Caracas, Venezuela, calling them “those magnificent examples of the African race who have maintained their racial purity thanks to their lack of an affinity with bathing.”
Guevara went on to write: “the black is indolent and a dreamer; spending his meager wage on frivolity or drink; the European has a tradition of work and saving.”
Fontova says Guevara’s actions – in his revolution against the Cuban dictator Fulgencio Batista – were worse than his remarks.
“Many of the people Che was sending to the firing squad were members of Batista’s army, and these disproportionately tended to be black and mulatto. Batista himself was mulatto.”
Batista had been considered by many Cubans to be a friend of Cuba’s black minority, and had elevated several to prominent posts in government.

Video
“The lilly-white Che Guevara and Fidel Castro overthrew the mixed-race Batista,” Fontova said.
Guevara also at times, however, called for more blacks to be represented in institutions and had black fighters under his command.

Guevara’s diaries contain grandiose wording, casting himself as a savior absolving the sins of privilege with bloodshed.
Guevara wrote of a night where, talking to a fellow communist by a lamppost, a vision came to him offering clarity.
“I now knew… that when the great guiding spirit cleaves humanity into two antagonistic halves, I would be with the people,” he wrote.
“I see myself ... the great equalizer of individual will, proclaiming the ultimate mea culpa [apology]. I feel my nostrils dilate, savoring the acrid smell of gunpowder and blood, the enemy’s death; I steel my body, ready to do battle, and prepare myself to be a sacred space within which the bestial howl of the triumphant proletariat can resound...” Guevara went on.
“His arrogance – that is one thing that everyone agrees on,” Fontova said.
The parable that “those who live by the sword, die by the sword” also applies to Guevara.


After helping to establish socialism in Cuba, Guevara traveled to other countries to launch more revolts. His last attempt was in Bolivia, where he surrendered to Bolivian soldiers after a battle and was then executed, without a trial, on orders from the Bolivian government.
Source>https://www.foxnews.com/politics/5-inconvenient-truths-about-che-guevara
Posted by theodore miraldi at 9:37 AM