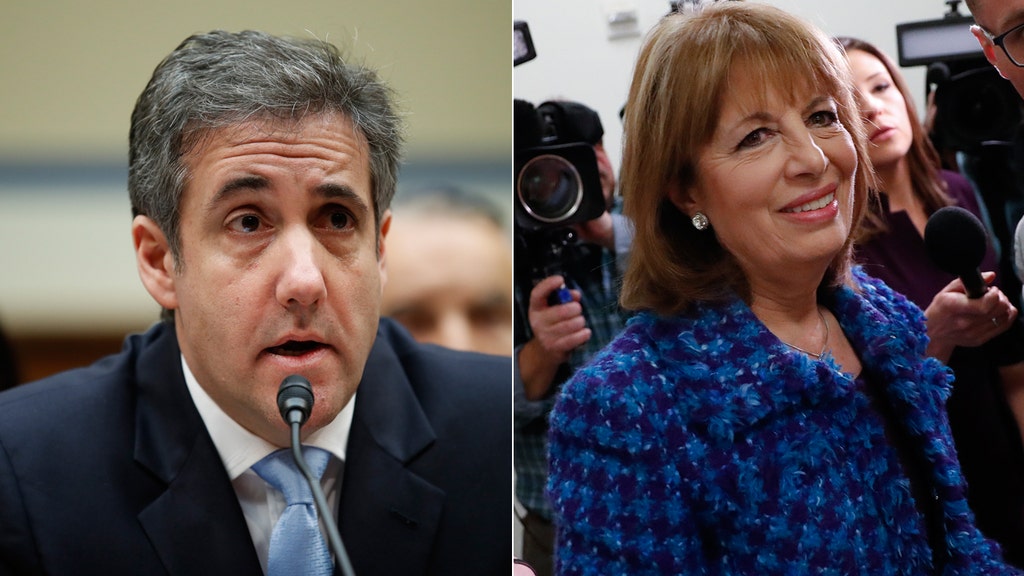 
One asked if there’s a love child. Another asked if the president abuses drugs. Another still suggested the entire Trump family could be compromised by the Russians.
For some Democrats on the House Oversight Committee, Wednesday’s hearing with ex-Trump lawyer Michael Cohen turned into a fishing expedition of sorts as they floated sensational rumors and unproven conspiracy theories about the president -- live on national television.
COHEN LOBS BOMBS AT TRUMP DURING FIERY HEARING, STOPS SHORT OF COLLUSION CLAIM AS GOP BASHES CREDIBILITY
Some questions seemed to be rooted in unsubstantiated rumor. Others just seemed hypothetical.
“Do you have any knowledge of President Trump abusing any controlled substances?” Illinois Rep. Raja Krishnamoorthi asked Cohen of Trump, a teetotaler.
“I’m not aware of that, no,” Cohen replied.
Krishnamoorthi seemed to float the possibility Trump could have paid for abortions in his past, without directly making the claim.
“Do you have any knowledge of President Trump arranging any health care procedures for any women not part of his family?” he asked.
“I’m not aware of that, no,” Cohen said.
Krishnamoorthi wasn’t the only one to raise salacious questions about Trump.

Video
“Is there a love child?” California Democratic Rep. Jackie Speier asked.
Cohen said he was unaware of one.
Speier asked Cohen about a rumor that there’s an elevator tape of Trump once hitting his wife, Melania Trump – a rumor Cohen rejected.
“I don’t believe Mr. Trump ever struck Ms. Trump, ever,” Cohen said.
COHEN TESTIFIES HE’S NEVER BEEN TO PRAGUE, SHOOTING DOWN KEY DOSSIER CLAIM
Florida Rep. Debbie Wasserman Schultz, the former chairwoman of the Democratic National Committee, floated the possibility that Trump’s entire family could be compromised by the Russians.
"Is it possible the whole family is conflicted or compromised with a foreign adversary in the months before the election?” Wasserman Schultz asked.
“Yes,” Cohen replied, though he said he lacks direct evidence of collusion by the Trump campaign with Russia.
Others asked about details from the infamous, unverified dossier about Trump’s relationship with Russia. Maryland Rep. Jamie Raskin asked, “Are you aware of any videotapes that may be the subject of extortion or blackmail?"
"I have no reason to believe that that tape exists,” Cohen replied.

Video
Some Republicans used the hearing to try to clarify persistent rumors. The dossier, which was used by the FBI and DOJ to obtain surveillance warrants in the Russia case, included a claim that Cohen went to Prague in 2016 to meet with Russians during the campaign.
“I’ve never been to Prague,” Cohen said, in response to a question from Republican South Carolina Rep. Ralph Norman.
Some asked Cohen to describe any possible crimes the president may have committed.
MICHAEL COHEN WON’T RULE OUT RUNNING FOR POLITICAL OFFICE IN NEW YORK
“Is there any other wrongdoing or illegal act that you are aware of regarding Donald Trump that we haven’t yet discussed today?” Krishnamoorthi asked.
“Yes and again those are part of the investigation currently being looked at by the Southern District of New York,” Cohen said.
Republicans, meanwhile, repeatedly blasted the hearing itself. Texas Rep. Chip Roy called the hearing a “charade” and an “embarrassment for our country.”
“This is not what the American people sent us here to do,” Roy said.
Source>https://www.foxnews.com/politics/michael-cohen-hearing-becomes-platform-for-dems-to-float-sensational-trump-theories
Posted by theodore miraldi at 4:18 PM