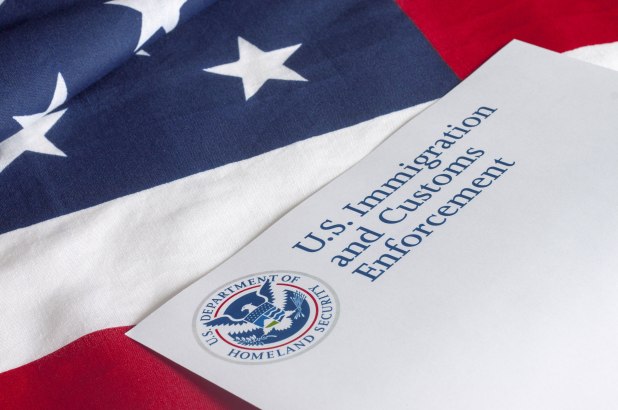 
CHARLOTTE, N.C. — Hundreds of immigrants in the U.S. illegally were arrested this week in North Carolina after some local law agencies stopped cooperating with immigration enforcement, a federal official said Friday.
Immigration and Customs Enforcement regional director Sean Gallagher said the arrests resulted from what he termed “the dangerous policies of not cooperating with ICE,” The Charlotte Observer reported.
“This is politics over public safety at its worst,” Gallagher said at a news conference. It’s a change, he said, that gave the agency “no choice” but to conduct targeted enforcement operations like the one this week.
ICE officers have detained 200 people in North Carolina this week. Another 25 were detained at an arms manufacturer in Sanford. Gallagher said more such arrests are likely when ICE is restricted from accessing county jails.
“If they’re in the wrong place at the wrong time, my officers will take an enforcement action,” he said.
Since December, new sheriffs in Mecklenburg and Wake counties have reversed a policy that notifies ICE about the legal status of inmates in county jails. The Durham County Sheriff’s Office also ended the practice of honoring ICE detainers.
Charlotte City Council member Braxton Winston said he was threatened with arrest for trying to enter the building without media credentials during the news conference at the Department of Homeland Security office in Charlotte.
Speaking to reporters and activists outside the office, Winston said he was told by ICE official Robert Alfieri that the arrests represent a “new normal” because Mecklenburg County’s new sheriff, Garry McFadden, is not cooperating with federal immigration enforcement.
Source>https://nypost.com/2019/02/09/ice-agents-in-north-carolina-arrest-hundreds-of-illegal-immigrants/
Posted by theodore miraldi at 7:54 AM